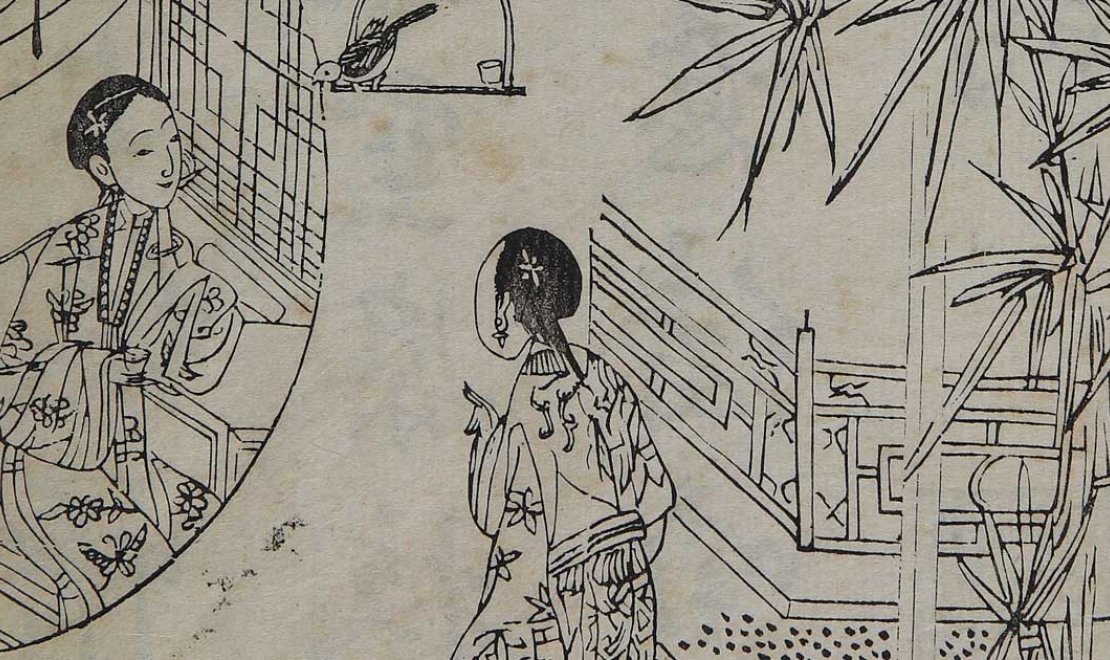 NationalLibraryAustralia · The Story of the Stone
Recording date: 19 May 2016

Dream of the Red Chamber, also called The Story of the Stone, is one of China's greatest literary works. Professor John Minford discusses the background of this novel, written by Cao Xueqin during the High Qing of the 18th century.

Professor Minford is a sinologist and literary translator, primarily known for his translations of Chinese classics such as The Story of the Stone, The Art of War and I Ching. He graduated from the University of Oxford with First Class Honours in Chinese Studies, and later studied for his PhD at the Australian National University. Since 2006, he has been Professor of Chinese at the School of History and Language in the ANU College of Asia and the Pacific.

Supported by the Australian Centre on China in the World.

Transcript of ‘The Story of the Stone: Cao Xueqin and his Bannerman Friends’

N:        Good evening, ladies and gentlemen. Welcome to the National Library of Australia. My name is Nathan Woolley, I am the curator of the exhibition, Celestial Empire. Meeting here are the National Library and as we begin I would like to acknowledge the traditional owners of this land, I thank their elders past and present for caring for this land that we’re now privileged to call home.

Tonight is the last lecture in this series that the National Library of Australia has been presenting in collaboration with the Australian Centre on China in the World at the Australian National University. This is also in fact the last public event of the exhibition, Celestial Empire, which will be ending this Sunday. Now Celestial Empire and its public programs have been made possible through the very generous support through many partners and I’d just like to name these partners ‘cause without their support the National Library of Australia is unable to do such wonderful exhibitions if I do say so myself as the curator. So first and foremost we have to thank the National Library of China, it is their generosity with their objects and with their time that’s made this exhibition possible. Our commercial partners include Shell in Australia, the Seven Network, Wanda One, Optus Singtel, Huawei, Cathay Pacific and TFE Hotels. Our event partners in addition to the Australian Centre on China in the World also includes Asia Society Australia. Our government partners are the Federal Government through the National Collecting Institutions Touring Outreach Program and the Australia China Council of the Department of Foreign Affairs and Trade and also the ACT Government through Visit Canberra. I’d also like to thank all of you for your support for the public programs of the Celestial Empire and for coming along this evening.

Tonight we’ve very fortunate because we will be having Professor John Minford speak to us on one of the greatest novels in all Chinese culture. The work and achievements of Professor John Minford can only be described through the use of superlatives. I will try to limit them in my talk but it’s very difficult. He has been described very recently by an award-winning author as one of the foremost cultural intermediaries of our day. Professor Minford is a Sinologist and literary translator. He is renowned for his translations of Chinese classics such as The Story of the Stone and The Art of War. His translations from both classical and modern Chinese are celebrated for their skill of execution and their depth of emotion. He studied with scholars David Hawkes at Oxford University and Liu Ts’un-yan at the Australian National University. John himself has taught at institutions in mainland China, Hong Kong, Australia and New Zealand. He is currently Emeritus Professor of Chinese at the Australian National University and the Sin Wai Kin Professor of Chinese Culture and Translation at the Hang Seng Management College of Hong Kong.

John is an inspiring teacher. He is very committed and generous to his students who always are very aware how fortunate they are to have him, to share his insight and passion for Chinese culture. He instructs them in the same way that he translates, with great feeling and humanity, a rare quality in modern tertiary institutions. When I was the Coordinator of the ANU China Institute for many years, once a week John Minford would teach a class outside my door in the small reading room we had there. I soon discovered it was impossible to get any work done when I knew John Minford was teaching outside, and so within two weeks I had joined the class and was enjoying John’s instruction for the rest of semester.

John’s most recent work is a translation of the famous Chinese divination text, the I Ching, which I have brought along this evening—and I might note is available for sale downstairs tonight in the National Library of Australia bookshop. One eminent scholar of Chinese has written that this rendition of the I Ching will ensure as a classic of the twenty-first century and beyond. Another eminent scholar has described this book as a work of art, but also very user-friendly, and I wonder if I might be so bold to suggest that this description, a work of art but also user-friendly, is also an apt description of John Minford himself. So please join me in welcoming John Minford. Thank you.

J:          Well I shall follow that with a eulogy of Nathan Woolley, I think, but I think I’d better get down to brass tacks ‘cause I mean you know I’ve got a lot of stuff to get through. I’m sorry we don’t have enough handouts. I will therefore try and talk in a more intelligible fashion. I was thinking I could rely on you just reading it off the page but no such luck because we’ve run out of handouts, I’m so sorry.

Let me begin by thanking Nathan for inviting me here, and for saying I have a great affection for the National Library, it’s a great institution and so far shows no signs of deteriorating. May it long last because it’s not happening on the other side of the lake, and I preface my remarks tonight with a ... what I think is a very poignant quotation from the great Carl Gustav Jung when he delivered a funeral oration for his friend, the great German translator, Richard Wilhelm, who also translated the I Ching. And Carl Gustav Jung said the universities have ceased to act as disseminators of light. I’m afraid that was true then in the 1930s, it’s far more true now and I’d say they now disseminate darkness, in fact. However tonight let’s move on from that to what I think is a much more pleasant topic which is the greatest novel in Chinese literature, perhaps one of the greatest novels in the world, the Story of the Stone. And I want to address today what I think is a really crucial issue which is how was it possible that perhaps the greatest work in all of Chinese literature, poetry, fiction, whatever emerged out of apparently nothing from an author who wrote nothing else, about whom virtually nothing is known? How could something like that happen?