The percentage of their state/territory’s hard copy newspaper titles which ANPlan libraries estimate they have been able to microfilm ranges from 45 to 100%. Over the past year, this estimated percentage has risen most markedly for national newspapers which have all now been microfilmed.[1] The percentage of these microfilmed newspapers which have been filmed to current preservation standards[2] is very high for most states and territories.

A list of Australian newspaper titles microfilmed in 2012/13 is given in Appendix E. 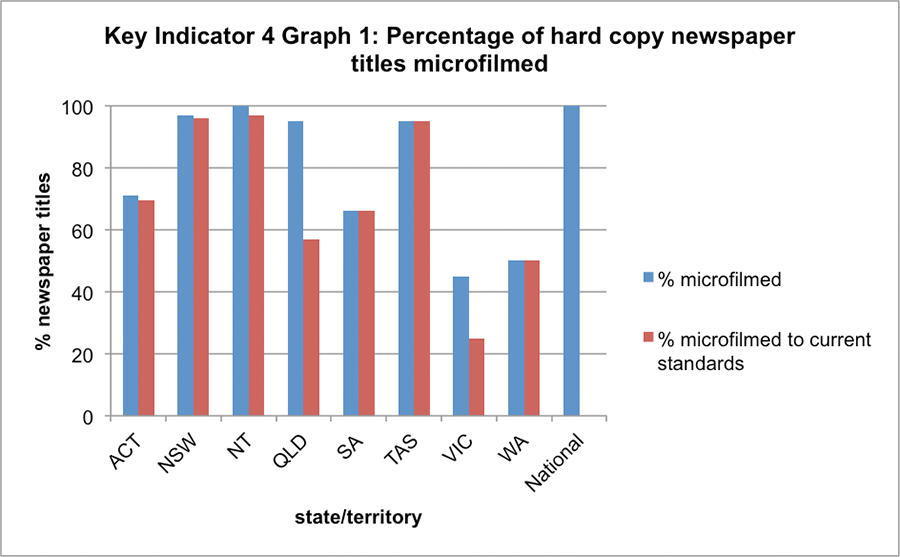 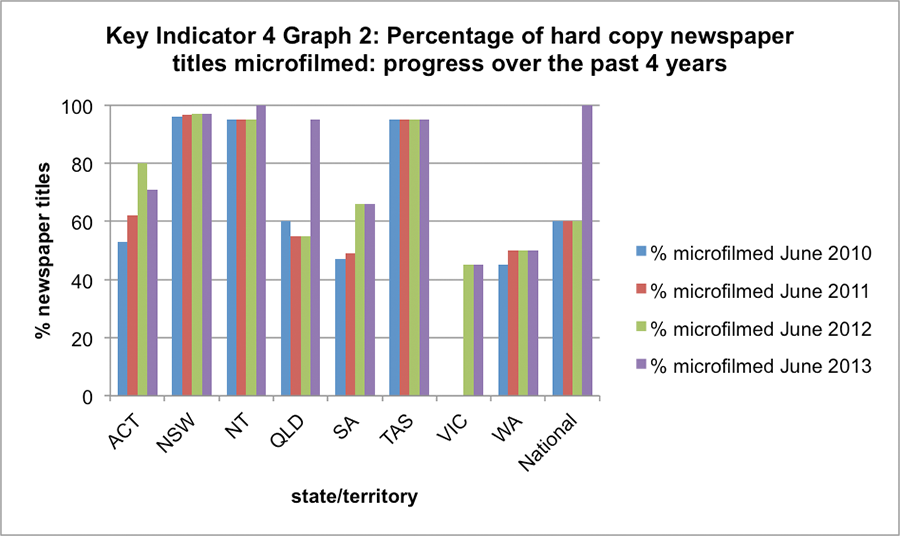 Five Year Plan reporting: Progress over 2012/13 with preserving ‘at risk’ titles has included the completion of the filming of the Evening Journal (Adelaide, 1869-1912) and the commencement of filming the Journal (Adelaide; 1912-1923). Of the 148 ‘at risk’ newspapers listed in the Five Year Plan (2010-2015; Appendix A), 88 have been microfilmed, two have been filmed for part of the designated date range and 58 are yet to be filmed.

Five year plan reporting: A goal of the revised Five Year Plan (Appendix A) is to develop guidelines and standards for digitising newspapers for preservation purposes and to influence the development and promote the adoption of best practice guidelines in digital preservation to ensure permanent access to digitised and digital newspapers. The NLA provides specifications for those wishing to contribute digitised newspaper material to Trove.

A goal of the current Five Year Plan (Appendix A) is to contribute all digitised newspaper content to the ANDP as outlined in the NLA’s Contributor Guidelines. The number of newspapers digitised outside this framework has now decreased due to two titles which have become available on Trove. 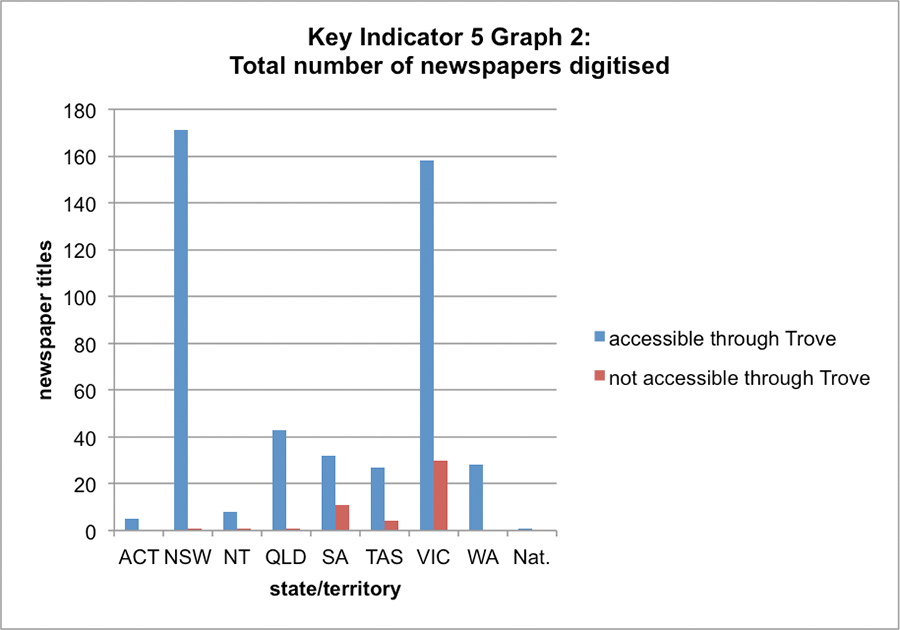 A goal of the current Five Year Plan is to provide and maintain digital access to those titles and corresponding date ranges listed in the ANDP, Phase 1. Of the 107 titles listed, 105 have been completed (according to microfilm availability). The remaining two include one which is partially complete and one which is yet to be digitised.

[1] The substantial changes from last year in the number of Queensland and ACT newspaper titles reported to be microfilmed is due to a re-evaluation of the way this figure is calculated. The SLSA has also re-evaluated its method of calculating this percentage and has therefore revised previous year’s figures. SLQ notes that its capacity to reformat legal deposit newspapers received over the last year has not kept pace with newspapers lodged at the SLQ.

[2] i.e. microfilmed onto polyester with three generations of microfilm produced and of a quality suitable to support subsequent digitisation and OCR.