On a bookbinding journey thanks to the Kenneth Binns Travelling Scholarship

On a bookbinding journey thanks to the Kenneth Binns Travelling Scholarship 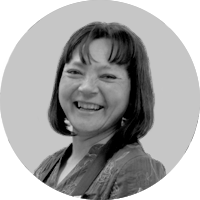 The Kenneth Binns Travelling Fellowship is an internal Library grant awarded to a staff member in the first seven years of  their career. I was lucky enough to win the scholarship to further my training as a bookbinder and visit conservation laboratories in the United Kingdom. As recently as three months ago I  travelled to the London Rare Books Summer School at the University of London. Senate House plays host to this event every year, and scholars and interested persons gather from all over the world to participate in week-long courses.

My five day course was entitled: "European Bookbinding 1450 -1830". It was taken by Prof Nicholas Pickwoad, who is himself a book conservator. I was delighted to find myself in the company of some Australians, Susan from our own Library studying Manuscripts, Mary  whom I had met at the Gathering last year in Canberra, and to finally meet Julie Sommerfeld who worked in my position a few years ago, and now called the Bodleian Library her home. Amongst the twelve participants in this course, only 5 were bookbinders. Others were collectors, interested persons and rare book librarians. The course itself entailedl sitting in a dark and hot room watching slides of book structures and furiously taking notes while the Prof talked on about his favourite subject. It was very fascinating, very illuminating, but too much information for a person to digest! I think I needed four hands: two to hold the camera and take pictures of the slides, and two to take down notes in short hand. Joking aside, the history of bookbinding is hard to come by. There is very little first hand information because bookbinders didn't take notes or write extensive journals. A lot of information comes from illustration and second-hand information. By all accounts bookbinding was driven by economics. Books were bound according to the purse of the client. Usually the bookseller sold them in sheets, probably uncut, and losely bound. A textblock purchased by a rich patron would more than likely have 5 sewing supports and be bound in leather; on the other hand a book purchased by a modest patron might live in a limp paper cover.

An illustration showing a man reading an account book, often mislabelled as reading a bible. Close examination of the book reveals it is indeed an account book from the look of the spine and the leather thongs that form the closing mechanism

Bookbinding was a "make-do-and-mend" trade. The skill of the binder came in how he used the materials that were available to him at the time. Often the spine linings were made from left over manuscripts or other waste sheets from previous jobs. Prof Pickwoad's broad knowledge of binding from different countries made for an enriching experience. It is in the small differences that we can determine if a book was bound in England, France or Germany. He has made it his life's work to find  these small differences, and share them with the rest of the world. During the week the Prof also took us to visit books at the Wellcome Institute and Lambeth Palace Library.

A book from the Wellcome Library

I have now come back from this trip with a much better understanding of how books were commissioned and made. After that intense week I was lucky to have appointments with the conservation labs of the British Library and the Bodleian Library in Oxford.

The British Library's Display for conservation

Robert Brodie and Nicole Gilroy both gave me much of their time to show me around their respective labs. It was good to see that conservation techniques are virtually the same all over the world, and though Australia may be far away from the hub of conservation discoveries, we nonetheless work to international standards. The twelve day trip encompassed visits to the Victoria and Albert Museum, The British Museum and The Ashmolean Museum in Oxford, as well as countless bookshops.

To my dismay there weren't very many second hand bookstores left in London; however Skoob in Russell Square was excellent and reminiscent of our own Q Books in Curtin. I also had the chance to meet with Hannah Brown, a licenciate of the Society of Bookbinders. I thought it would be worthwhile talking with someone in private practise. She does commission work and while we chatted over High Tea, she showed me some fo her working journals and prototypes. It was a very interesting and worthwhile trip.