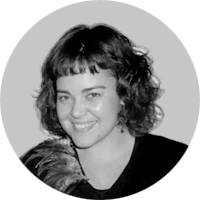 It would appear that Australia is currently experiencing a body art ‘renaissance’, with tattoos and other forms of body modification moving steadily away from the terrain of deviants and further into the mainstream. My name is Kate Ross and I have been lucky enough to conduct the picture research for a stunning new book released by NLA Publishing called Body Art, written by Deborah Hill. Amidst this increased interest and practice of many different kinds of temporary and permanent body modification and adornment, it has been particularly fascinating to delve into the National Library’s collections to discover visual records of body art in the past and today taken by Australians and across Australia, New Zealand and the Pacific.

My research led me through a broad array of media, including historical travellers’ illustrations, works on canvas, collectible postcards, first fleet recordings of Indigenous ceremonial body painting and scarring, glass lantern slides and negatives taken in Papua New Guinea by Frank Hurley, performing arts documentation as well as studio and contemporary documentary photography taken on the streets, in workplaces and during ceremonies.

I explored the visual records of many different practices of body modification and ceremonial adornment in indigenous communities in Australia, New Zealand and the Pacific. It was also a revelation to realise how large a part these southern lands played in introducing tattooing to northern explorers in the Eighteenth Century. For instance, most Londoners’ first experiences with tattoos were when William Dampier brought back a ‘tattooed prince’ from the Philippine island of Meangis and Polynesian tattoos became popular souvenirs with English sailors on Captain James Cook’s Endeavour, during a voyage that took in Tahiti and New Zealand.

An albumen photoprint published between 1888 and 1899 in Detroit, Michigan of Fred Melbournia, Australian Tattooed Man, nla.pic-an21731878

By the late Nineteenth and early Twentieth Centuries, tattoos continued to enthral. Collectible postcards and photoprints such as Wallona Aritta and Fred Melbournia were circulated in Australia, America and the UK. Aritta, the ‘beautifully tattooed girl’ was well-known for exhibiting her tattoos.

Bringing these often powerful images together, it became clear that the meanings behind body art are as varied as the individuals who wear them. Body adornments and modifications are rarely applied without a story for the wearer and even more rarely do they go without eliciting a response.

Grab your own copy of Body Art! http://bookshop.nla.gov.au/book/body-art.do
Keep an eye out for part 2 about the our wonderful - and brave - Library staff who modeled their tattoos for an inhouse photography shoot!

Comment:
From Hurley to hipsters, moko to mainstream, this is book a rich look at getting inked. Hope it will inspire more tattoo art.