But is it still a book?

Recently Tom Keneally spoke at the Library about how Gutenberg Fights On in the digital age. His speech was a rallying cry for the print book which Keneally still loves and reads. But he also confessed to enjoying using his Kindle and audio books including 'all the books I pretended to have read when I was young'. After 50 years of writing, Keneally has survived several “deaths of the book” including the threat of audio books. 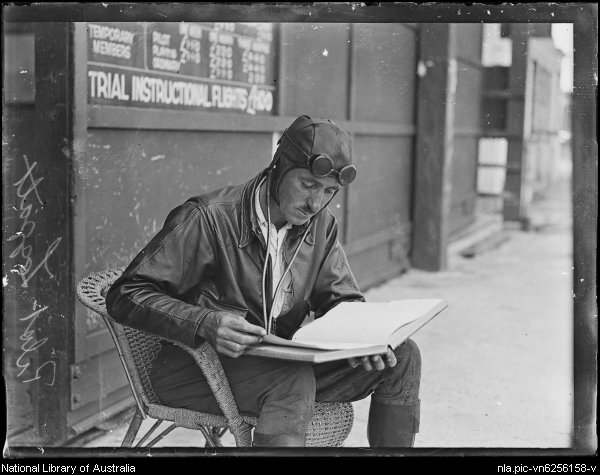 Not only are books great escape artists, they are also great shape shifters, slipping out of print covers and into new forms. The advent of smart phone apps has seen books take on a new form. Five years ago, Alice for the iPad took Lewis Carroll’s classic and used the illustrations of Charle Tenniel to re-create the book. Recently Simon Groth, manager of if:book Australia, pointed me to The Fantastic Flying Books of Lester More – a book/short film/app that invites you to explore as much as read. But when you add video, audio, swiping and tapping – is it still a book? According to Simon Groth and if:Book the “primacy of text” makes it a book regardless of format.

In new formats there are new forms of books. Charlotte Harper founded her Editia Press with the idea of creating books that couldn’t fit the current mould. She sees eBooks as the perfect space between essays and full-length manuscripts where writers are not restricted by existing forms. As a publisher she’s recently released a book based on a parody Twitter account called Kevern Write a Book. It is a digitally born book finding its way into print and another digital format.

If anybody can tell us what the book is becoming it should be Zoe Sadokierski, a book designer, academic and Vice President of the Australian Book Designers Association. Last year she pulled together a list of her top ebooks that blurred the lines between apps and books.

One of the most interesting books was called Gimbal, an app that offered short stories to commuters that could be sorted by genre, length of your commute and location. But don’t go looking for it because it has changed it’s name to LitNav since it was released. Originally it was conceived as an updateable collection of stories, with more added over time.

The book has become iterative. In fact rather than the death of the book, it is vital and moving quickly. The Gutenberg book survives in new skins.

For more discussion on the future of the book, the Library is hosting the Digital Culture Talk: Where the book went next, including guest speakers Simon Groth, Zoe Sadokierski and Charlotte Harper. You can book here for this lunchtime talk on 9 December.