From the publisher: Designing book covers 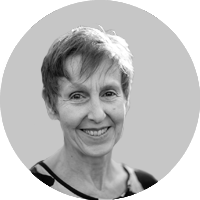 The cover of a book is one of the most important design elements. In the world of online bookstores, readers are increasingly making decisions on whether to find out more about (or even purchase) a book just on this basis.

Sometimes the ‘right' cover leaps out at you: it is striking, it represents the book. There might be an obvious key image. In a crowded bookshop, it also has to work like a poster from a distance in its immediate appeal.

Occasionally we have lots of choice, and sometimes that makes the design task harder! Once we have some concept designs, we try to test the market to see which one of our cover designs will be most appealing. We ask our distributor's sales reps to take our concept cover designs into bookshops and ask booksellers which one they think would be most successful. We put the designs in our own NLA Bookshop and ask customers which one they prefer. Sometimes we place the designs on the Library's Facebook page and ask for comment.

With the cover of our forthcoming book about newspaper maps in World War I, we were seeking something visually striking that represented the content of the book. The first two designs (below) were shown to the sales team. 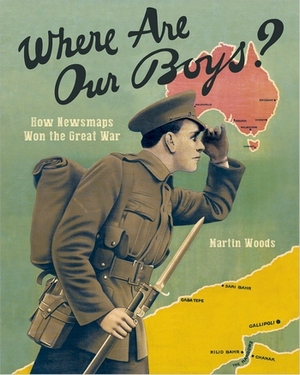 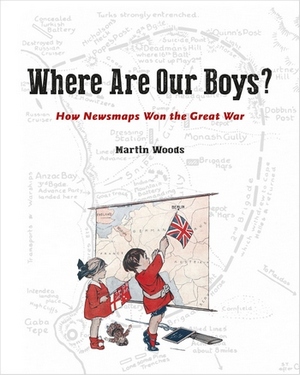 The response was that although these designs were visually appealing, they did not feature maps sufficiently to appeal to the audience of map-lovers, who we hoped would be a main target market. It was also felt that the propaganda image of the soldier would make the book appear similar to others, given the large number of World War I books published in the centenary period.

So these first two concepts were rejected. The designer then produced two designs using the same map of Gallipoli, varying the colours and the typography (below). 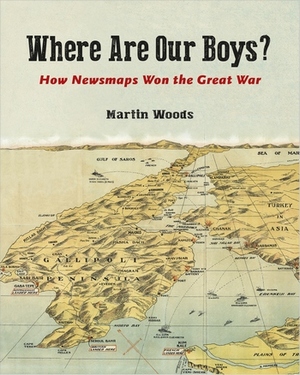 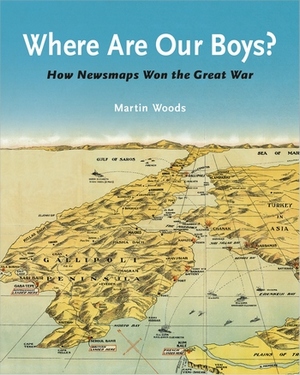 The sales team felt that this approach was much closer to what they wanted. However, we felt that the design was slightly too ‘corporate' and might not appeal when viewed as a thumbnail online, in an environment where it would be competing with many other books. The author, Martin Woods, also preferred another map.

So we asked the ever accommodating designer to produce another design using a different map and two varying typefaces (below). 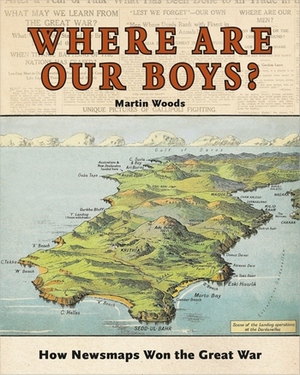 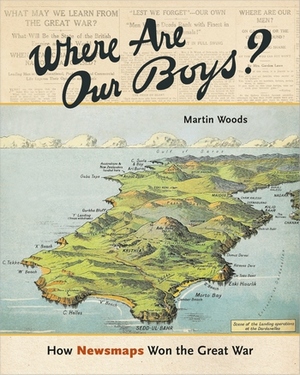 These two covers are the current top-runners, with a preference expressed for the red typography when we tested the market in our own Bookshop. Some people found the cursive script font hard to read. The author really likes the fact that the newspaper aspect of the book is represented in the news-type behind the title, and we like the fresher colours of the green map.

Time will tell if we have all made the right choices! As with many design projects, there are lots of subjective and competing opinions and it is hard to remain dispassionate, think of the target market (which may not be oneself) and listen to the advice from sales.

Keep a look out for NLA Publishing's Where Are Our Boys?: How Newsmaps Won the Great War, when it hits the shelves in August 2016! This book will offer a new slant on how the war was fought and won, and on how maps published in domestic newspapers influenced the Australian public.

Comment:
I like the topographical maps showing the reality of green hills and sandy beaches. I would prefer the title written over the top of the map making it a more cohesive image.
Comment:
We see many badly done book covers these days, so it is not really any surprise to find out that an artist is not part of this process. However, I believe they should be. My partner trained as a graphic artist (pre computers). He has studied typefaces and their correct spacing (eg. kerning, etc), and can point out all the faults in book covers, which could easily be fixed by someone who knows what they are doing. Many people complete a desktop publishing course and think they are graphic designer experts, but they really don't see things like a true artist does. So many covers could look a lot better with only some minor adjustments, by a proper artist (of course).