Beautiful collections from across Australia 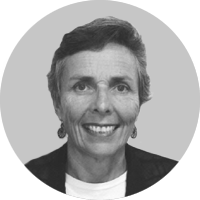 How could the Winfield Cup for rugby league from New South Wales, a biblical herbarium from Western Australia and a hotel visitors’ book from South Australia ever be connected? In a call-out to past Community Heritage Grant (CHG) recipients to nominate their favourite collection items, a fascinating and diverse range of items has emerged.

From the Anglican Diocese of Perth collection—a curious and fascinating Southalls Biblical Herbarium. This box contains seventy specimens of the plants, fruits, seeds and gums as mentioned in the Bible. From Birmingham, England 1897—it is believed to have been used as a teaching aid for Sunday School classes. 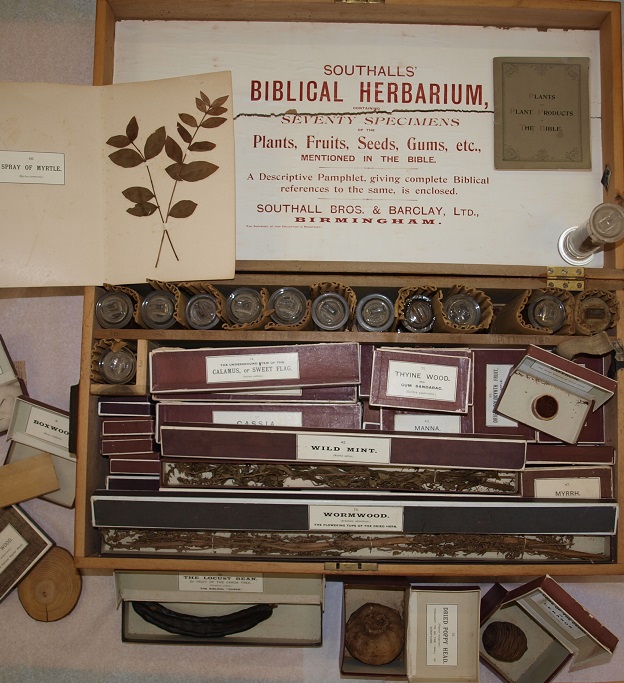 The Diocesan Archives received CHG funding in 2014 for archival storage materials as recommended in their preservation needs assessment.

The Australasian Pentecostal Studies Centre physically and digitally stores archives related to Pentecostal and charismatic movements. One of their favourite items is a 1910 Octo 48-key concertina, manufactured in London by C. Wheatstone & Co., owned by Pastor W. A. Sinclair and used in open-air evangelism in Brisbane. Pastor Sinclair taught Janice Boddy, wife of Pastor Alan Boddy of Glad Tidings Tabernacle in Fortitude Valley, to play the concertina, and gave it to her. She donated it to the Australasian Pentecostal Studies Centre in July 2012. 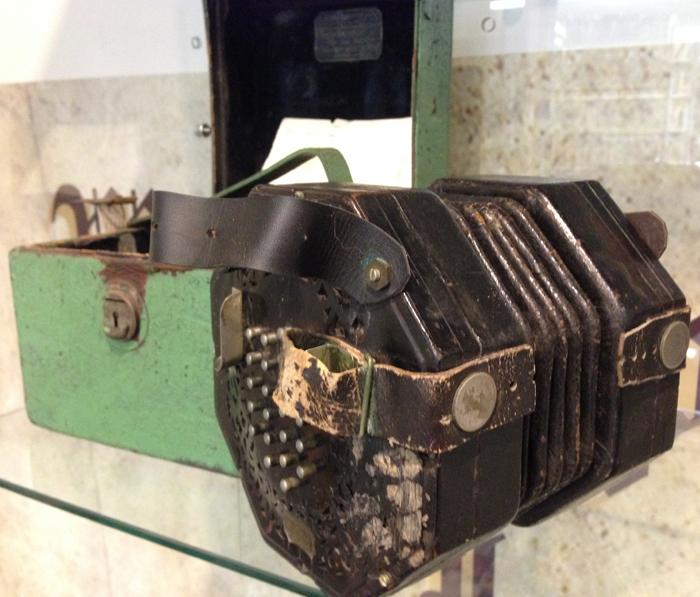 In 2014 CHG funded a significance assessment of the Centre's collection and a project training volunteers in significance.

A favourite item from the vast collection at Heroes and Legends: The National Rugby League (NRL) Museum, showcasing the history of Rugby League in Australia from 1907 to today, is the Winfield Cup.

The Winfield Cup is the iconic bronze trophy awarded to Australia’s Rugby League premiers from 1982-1995. It depicts Norm Provan and Arthur Summons from ‘The Gladiator’ photograph taken at the 1963 Grand Final by John O’Gready. 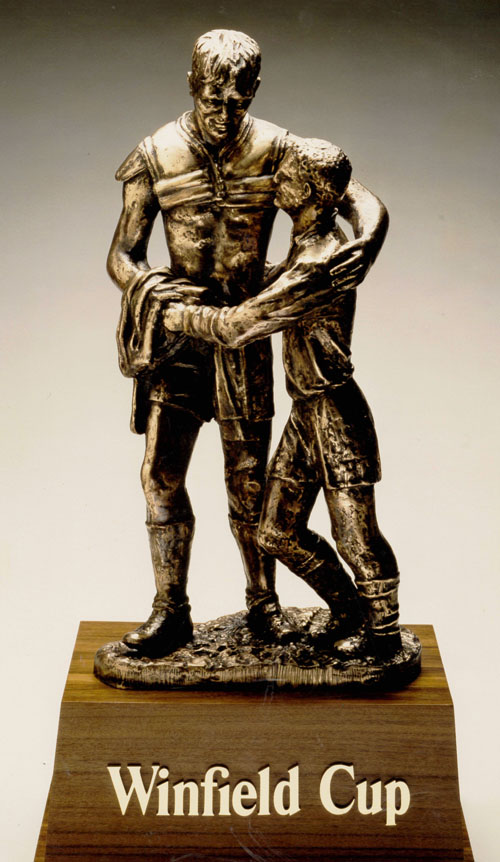 The NRL received a grant from CHG in 2014 for a significance assessment of their collection.

The KenDon Museum, formed from the extensive and significant private collection of Kenneth Lawrence and Don Evans, has been established for the preservation, education, exhibition and appreciation of Australian Studio Ceramics from 1945 to present.

A favourite collection item is this Blossom Jar—the work of Peter Rushforth (1920–2015), one of Australia’s most highly respected and loved artist-potters who influenced a generation of ceramic practitioners in Australia and around the world. 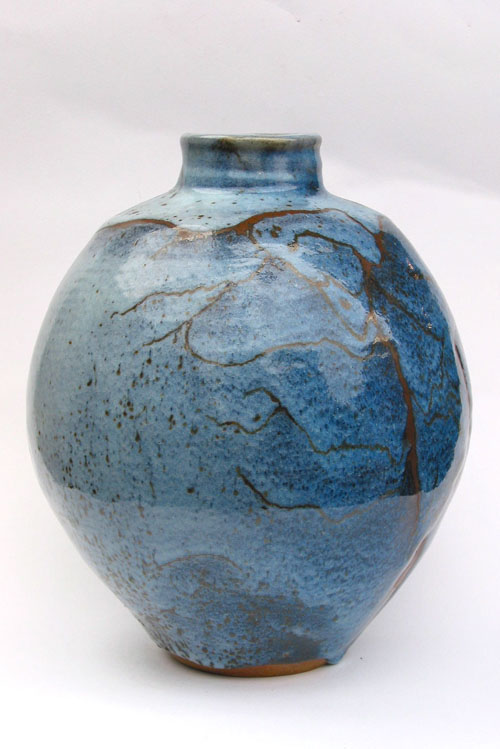 The Museum received a grant in 2014 for the purchase and installation of shelving, a key recommendation of the preservation needs assessment.

The CHG program provides grants of up to $15,000 to community organisations such as libraries, archives, museums, genealogical and historical societies, multicultural and Indigenous groups.

The grants are provided to assist with the preservation of locally owned, but nationally significant collections of materials that are publicly accessible including artefacts, letters, diaries, maps, photographs, and audio visual material.

The 2016 grant round will open 7 March and close 9 May. For more information.

Comment:
The Koonibba Aboriginal Community which was established in 1898 and is historically connected to the majority of Aboriginal families of Eyre Penninsula and indeed South Australia. The community has stored a number of early material including bottles, photographs, implements, tools etc. A history centre is being built. It will house these items, however they need display fittings, commentary etc can this program assist with this?
Comment:
Hi Howard When the history centre is built and the collection is accessible to the public, you could consider an application to Community Heritage Grants. You would need to start with an application for a significance assessment of your collection. You can read about the 3 step process here http://www.nla.gov.au/chg/projects-funded-by-CHG
Comment:
Please register our interest on your database in terms of future community heritage grants. Kind regards Dusan Zubic Grant Funding Coordinator & Marketing South Australian Chess Association Inc. Mobile: 0408 675 877 Email: marketing@sachess.asn.au www.sachess.asn.au
Comment:
The Trentham Historical Society have collected personal recordings and history on former potato diggers and their small individual diggers huts built as single rooms stuck in the fields to house seasonal agricultural labourers from the early 1900-1970s. There are 86 huts -recorded, mapped and photographed, all associated with the small community of former Irish potato farmers that often came out as groups from single villages to work in the Castlemaine Diggings National Park as gold miners. The area is discrete, the rich volcanic soils stretching from Lyonville to East Trentham in Victoria. The last of the diggers are in their 90s. The agricultural industry is in transition. The stories about itinerant swag men, casual agricultural labourers and their families, some of whom were Aboriginal families from Lake Tyers, including some audio-visual material needs to be conserved, made publically accessible and displayed. Can this programme help?
Comment:
Hi Mandy Community Heritage Grants have funded almost 1200 projects for organisations like yours since 1994. You can read more about Community Heritage Grants here http://www.nla.gov.au/awards-and-grants/chg Before conservation works are undertaken we encourage organisations to apply for funding for significance assessment and preservation needs assessment. Our 3 step process is explained here http://www.nla.gov.au/chg/projects-funded-by-CHG The round is open now and closes on 9 May. Please call me on 02 6262 1147 if you would like further information.
Comment:
A proposal is currently sitting with our local shire to conduct a complete survey and audit of our local cemetery. Multiple community based organisations, volunteers and family members of local pioneers have offered to combine efforts to: 1. Collect and collate basic interment information (name, date of death, date of burial, denomination and cemetery placement) to be produced in a readily available register; 2. Expand information sourced from Phase 1 to include family, biographical and local history information for all known graves to be presented in multi-media formats (album, online PDF and searchable website). Would such a project satisfy grant requirements? Thankyou.
Comment:
Located in the remote far west of NSW, the White Cliffs Solar, Thermal Power Station was the world’s first research, solar, thermal power station which following successful trials became a commercial operation supplying the opal mining town with electricity for fifteen years. It was constructed in 1980 by a team of engineers from the Australian National University. It consists of fourteen, three meter diameter parabolic dishes covered in mirrors on heliostat mountings that followed the sun throughout the day. The mirrors focused the suns rays on thermal collectors; the generated heat boiled water creating steam which was then transferred to an adapted three cylinder Lister diesel which had been converted to a Uniflow steam engine. The steam engine drove a generator that supplied 240v AC to the town, and DC to charge a battery system. During the day the sun supplied the energy to drive the alternator, and at night time the batteries supplied the energy to drive the alternator keeping the supply constant. White Cliffs Solar, Thermal Power Station has national if not international significance as the first of its type in the world. In 2007 Engineers Australia fixed a Historic Engineering Marker, and statement of significance. The Friends of the White Cliffs Solar, Thermal Power Station is currently being formed, purposed with the task of halting the decay and preserving this historic site, with the long term goal of establishing a community museum and online presence.