The Holy Grail of Australian Cartooning

The Holy Grail of Australian Cartooning
By Nat Karmichael 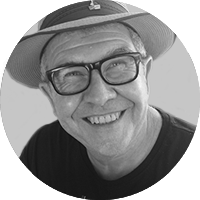 This post was originally written for The Art of Cartoons in National Library of Australia Magazine. 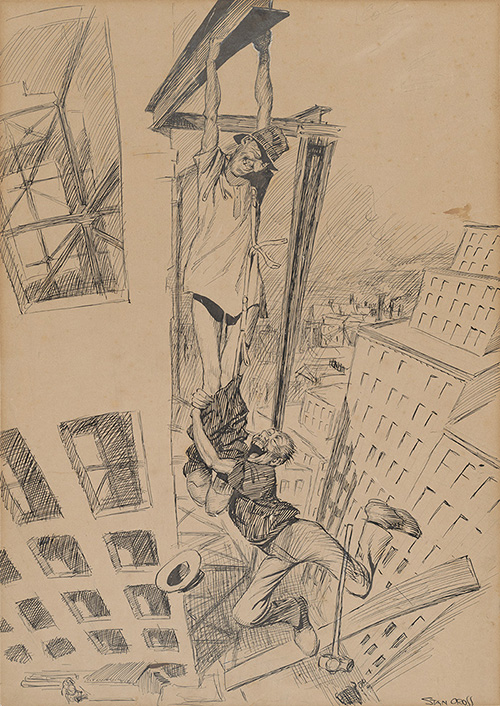 While Australia’s cartooning community was gathered in joyful celebration at the annual Awards Night of the Australian Cartoonists’ Association in November 2014, a couple of us were looking forward to the following day. Rob Feldman, Lindsay Foyle and I had kept an exciting secret from our fellow members: we had arranged a meeting with a cartoon buff who believed he owned the original Stan Cross cartoon, For Gorsake, Stop Laughing: This Is Serious!

The cartoon was described as ‘The Funniest Drawing In The World’ by Frank Marien, the then editor of Smith’s Weekly, when it was first published on 29 July 1933. It had been so popular with the Australian public on publication that a large number of high quality prints had been released and distributed around the world. ‘At the time, Smith’s had to employ fulltime staff simply to cope with the public demand for copies of the cartoon to be posted around the world,’ Foyle said.

Even today, the cartoon’s cultural worth to our nation’s identity cannot be overemphasised. In 2015, the ABC named its three-part documentary program on Australian comedy and comedians Stop Laughing … This Is Serious. The Australian Cartoonists’ Association’s annual awards are nicknamed the Stanleys, after cartoonist Stan Cross.

National attempts to locate the original cartoon had been made in 1970 and again in 2000, without success. With thousands of copies of the cartoon in circulation, many people believed that they owned the original. Feldman, Foyle and I therefore exercised some degree of caution in announcing our ‘discovery’ last November.

But as soon as we saw it, we knew it was the original cartoon. The drawing had been well-loved by its owner and had taken pride of place in the home for years. The paper was yellowed from exposure to light, and it was housed in a thin black frame within glass. Pencil marks and some white corrector markings (in the falling anvil in particular) were obvious. I remember being stunned. It was like discovering the Mona Lisa; the Holy Grail of Australian Cartooning was before me. Given that Stan Cross’ original cartoons are held by the Library, it seems an appropriate place to house this masterpiece.

Comment:
I'm venting about my cousin, whom I'm good friends with, so please excuse me. ganadores copa del mundo https://es.dhgate.com/store/20818714