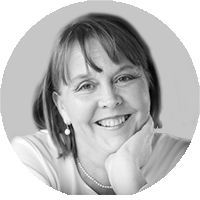 When you write someone's biography, you try to find some common bond with your subject. Aviatrix Lores Bonney and I are unalike in so many ways but there is one thing we have in common. We both wear pearls! I laughed out loud when I read how she came to like this simple, elegant jewel.

It came about before the Great War, while still a student in Germany. One day, the girls were told that the Kaiserin would visit. It was a ‘great day of excitement'. Lores was throbbing with anticipation—‘She's going to speak to me, she's going to speak to me'—but the Kaiserin ‘stopped beside the girl next to me. And I really could have scratched her eyes out'. When she saw the empress' magnificent necklace, pearls instantly became Lores' ‘pet jewel'. They ‘have been an extravagance of mine ever since'. The adult Lores was often photographed wearing a strand or two and, I must confess, I am rarely seen without my own. 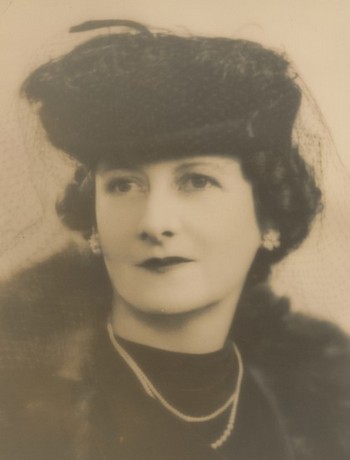 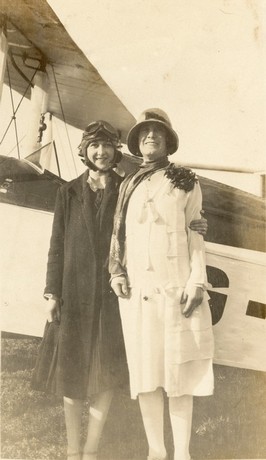 Lores in her pearls (left) and with a lace trim collar (right).

Lores was considered a women of taste. She often appeared in the ‘Best Dressed' newspaper columns and her costumes were described in detail, including the handmade French frock of cream net and lace that she wore at her party in honour of Bert Hinkler, after he became the first person to fly solo from England to Australia. Six months later, Hinkler was back in Brisbane and taking Lores up for her first ‘taste of the air' on 7 September 1928. For this life-changing occasion, she teamed an aviator helmet and googles with an elegant ensemble featuring a subtle touch of lace trim on her collar.

Three years later, Lores was learning to fly. Discovering a passion for long-distance flying, she set an Australian record for a one-day flight in 1931 and she became the first woman to circumnavigate mainland Australia by air in 1932. In 1933, she set her sights on becoming the first woman to fly solo from Australia to England. But what to wear? Lores commissioned her husband, a leather goods manufacturer, to make her a leather coat and suede overalls. 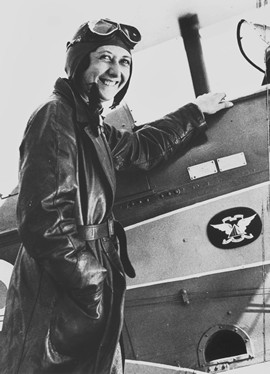 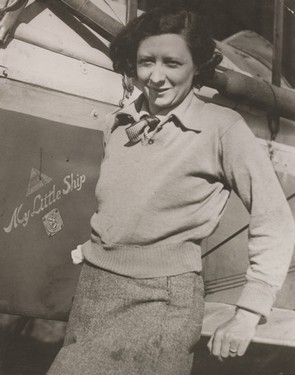 Lores in her leather flying coat (left) and dressed for comfort and practicality (right).

Fashion was important to Lores and she made every effort when preparing for her epic transcontinental flight to blend comfort, practicality and style. Space for personal items in My Little Ship, her Gipsy Moth biplane, was limited, yet the aviatrix had to cater for climates of great extremes. Ultimately, she planned a simple, modish wardrobe that was easy to maintain and manage. For cold weather, she packed her overalls and coat. For the tropics and deserts, she wore blouses and shorts. On landing, she would don a simple wrap skirt. She also considered what to wear when she wasn't flying. She selected a light floral dress for afternoon wear, which could be topped with a coatee. At night, she would add a bright sash or fresh flowers: ‘Presto! An evening frock'. As for jewellery, Lores never wore it during long flights, as she worried that treasured pieces might be stolen. The only exception was a simple white-gold band. The pearls, of which she was so fond, were left behind.

Taking Flight. Lores Bonney's Extraordinary Flying Career highlights the achievements of a pioneering aviator but does not forget that Lores was as much concerned with her identity as a feminine woman as well as a record-breaking pilot trying to establish her place in a man's world. When it is launched on 8 March 2016—International Women's Day—I will wear my pearls in Lores' honour.

Comment:
Love stories of strong successful women especially those who do it in style. As for the wearing of pearls there should be more of it. I still have the pearls my great grandfather bought back from Japan kept safe in the beautiful red padded pouch. It you are going to do something extraordinary I say be true to yourself and do it in style.
Comment:
Hi there, I'm actually Lore's great niece Cherri Bonney from Perth. I also fly planes and very sad I missed out in meeting her. She was well loved so I've heard by my other Aunties with many visits over the years. Lovely lady and very proud of her...Hip hip horray for her heroics.....Cherri Bonney ...Perth :-)