The rise of the cookbook 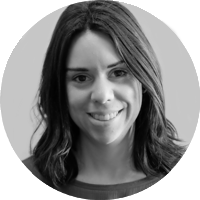 Before Masterchef, foodtrucks and celebrity chefs, the eating and cooking habits of Australians were limited to the knowledge of recipes passed down to them by their family or shared by their friends. Eating out was an infrequent activity and cooking to a certain degree was a means of providing fuel for the family rather than providing a ‘dining experience’. The influx of immigrants after the Second World War and increasing wealth meant that Australians had access to a wider range of food and more leisure time to cook new and interesting meals. Exploring recipes inside magazines and cookbooks from the mid-twentieth century you can start to see a diversification of the Australian palette and our relationship to food.

The modern obsession with flavour fusions (think cronuts, po’boys, Korean-Mexican) originated in the mid-twentieth century fads for food combos such as ham with pineapple (actually a very successful campaign by the pineapple industry to increase pineapple consumption), pigs in blankets (dates wrapped in bacon) and the more obscure angels in blankets (prawns wrapped in bacon). Cooking was becoming more about trying new flavours and the joy of the experience, rather than focused solely on providing sustenance. 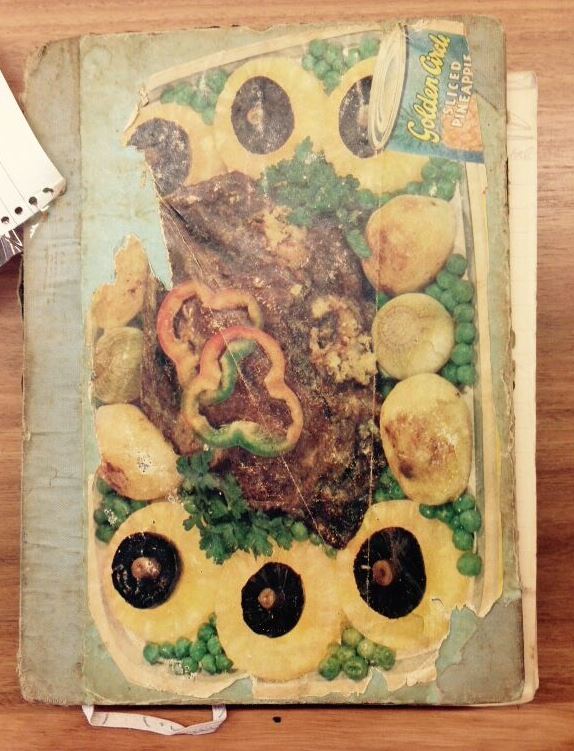 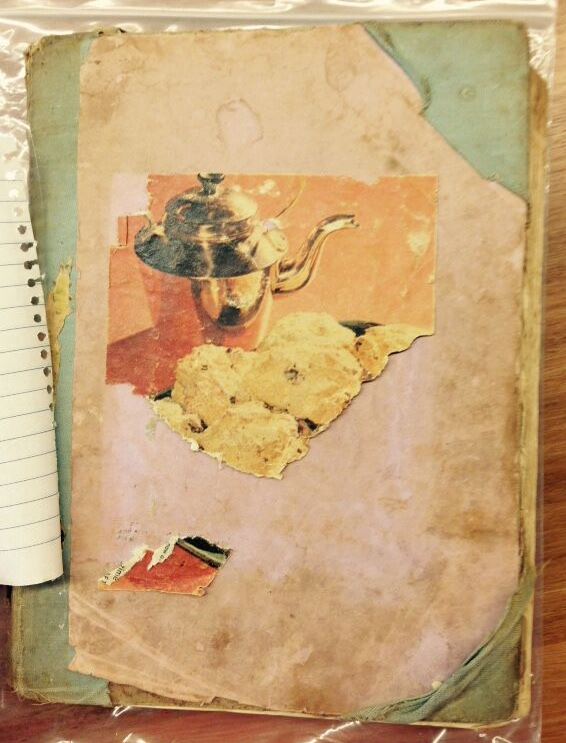 The Library is lucky to have a rich collection of family recipes books of the Macleod and Lean families which are a record of these changes. One of these notebooks, compiled by Mabel Lean and her daughter Laura Smallman, is currently on display in the Treasures Gallery.

Bursting with magazine cuttings, handwritten notes, recipe cards and typescripts, these family recipe books are filled with touching remnants of their use: a patina of grease, notes of the recipes’ attribution (‘from Mollie’) and alterations to the ingredient quantities. These notebooks are an important record as many women learnt to cook under their mothers’ instruction or by word of mouth. These recipe books document the way recipes were shared between women: mothers, daughters, neighbours and friends. The willingness of home cooks to share their experiences and recipes contributed to the rise of published cookbooks in the mid-twentieth century. 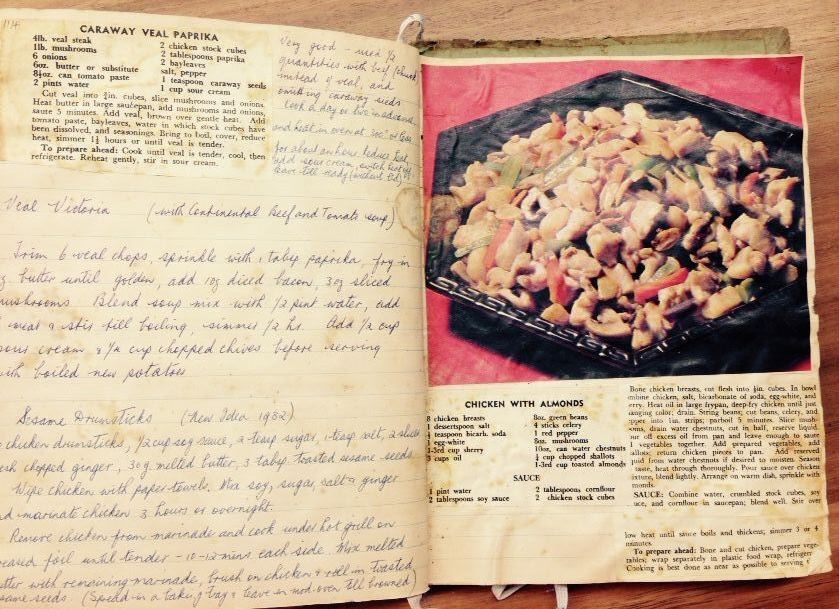 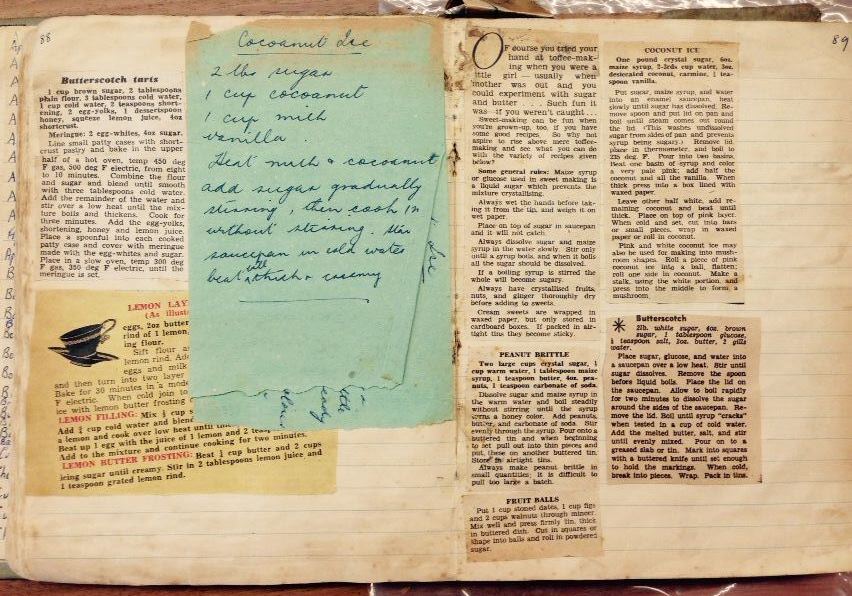 Early cookbooks are very different to the cookbook as we know it. They are small, cheaply produced, crammed with text and lacking illustrations. They often had accompanying advertisements to help meet printing costs. A common example is those published by Country Women’s Associations (CWAs). The various branches of the CWA were founded as organisations devoted to lobbying for better conditions and recognition for those living in the country as well as equal pay for women. They produced cookbooks with contributions from local members as fundraising initiatives to support their advocacy work. 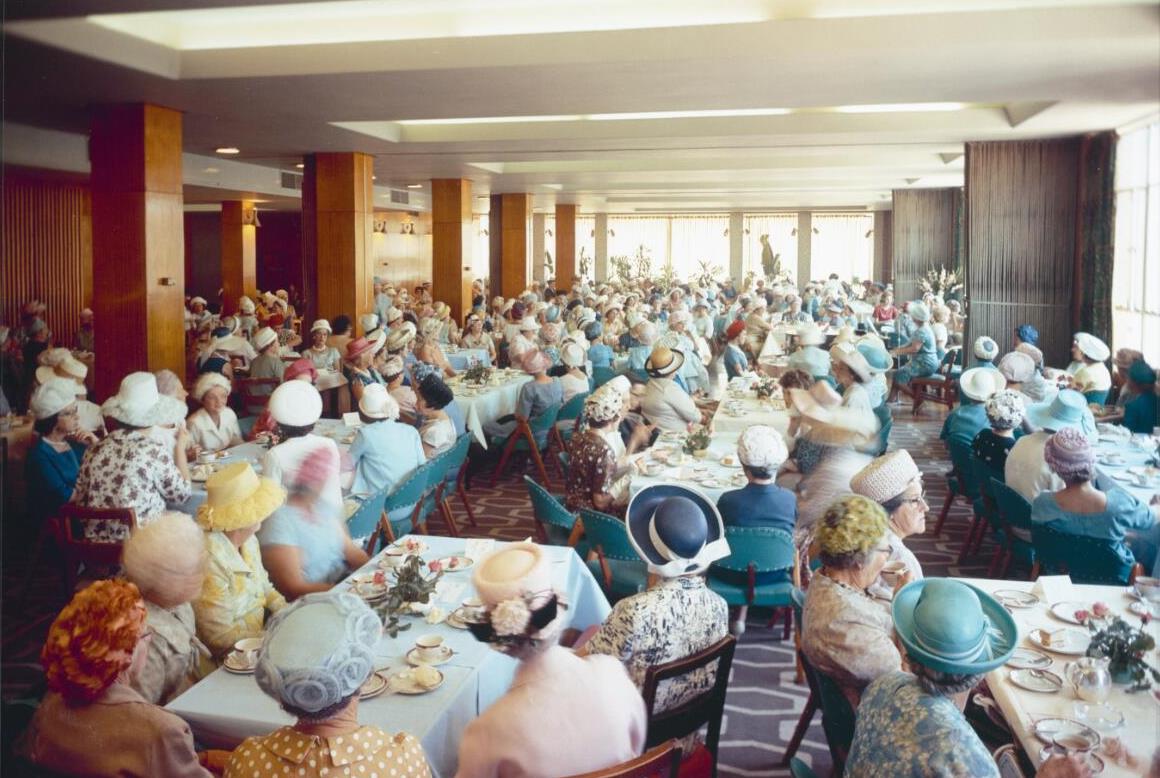 The CWA used a similar format to the ubiquitous Commonsense Cookery Book, first published in 1914, in which the recipes were set out in numbered steps and assumed minimal knowledge on the reader. The Commonsense Cookery Book included recipes such as ‘Boiled Rice’ and ‘Cabbage’ and taught cooking according to a scientific method. This is not surprising as it was published by the NSW Public School Cookery Teachers’ Association to provide to their students.

As Australians had more and more time to devote to leisure, there was more of a focus on the joy and novelty that cooking food could offer. This was promoted by such women’s magazines as the Australian Women’s Weekly, which, in 1937, encouraged readers to enter recipe competitions. The best of these entries were published in illustrated supplements to the popular magazine. The supplements were a big success for the magazine and they soon spearheaded a popular recipe column which introduced Australians to exotic recipes and the latest fads in home-cooking. The popularity of these columns rose as food rationing was lifted and the affluence of Australian families increased in the postwar period. 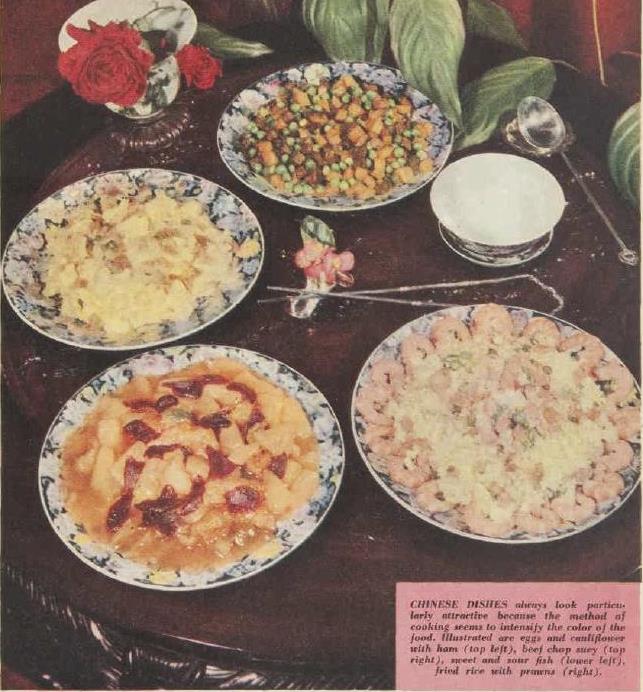 These columns introduced many Australians to the foreign foodstuffs which had steadily been appearing in their local greengrocers, delicatessens and cafes following the influx of immigrants in the postwar period. In the 1950s, the magazine devoted cooking features to ‘Chinese Style’, ‘How about an Italian party?’ and ‘Danish Dishes’. Although the ‘Chinese Style’ food featured some questionably authentically-Chinese meals such as ‘Duck and Pineapple Canton’ and ‘Eggs and Cauliflower with Ham’ it was step towards an interest in new flavours and cuisines.

By the 1950s, the Weekly was read in 1 in 4 Australian homes and had the biggest circulation per head of population of any women’s magazine in the world. The advice and recipes in their magazines could almost be guaranteed saturation within Australian households and certainly had an influence in altering the Australian palate towards international foods.

Birth of the modern cookbook

Increasing affluence had allowed Australians to be more adventurous: more money to try strange foods, eat out and travel abroad. At the same time, printing and distribution costs fell, and the Weekly's illustrated supplements were upgraded to full-scale cookery books in the style we would recognise today.

These cookbooks were a success because they had tapped into Australia’s growing obsession with new flavours, fads and fine dining; an obsession which today has made television stars of home cooks and given rise to celebrity chefs.

Comment:
This is a really interesting article. Thank you.
Comment:
I am fortunate to have the recipe books of both my Mum and Mother in Law, and I love browsing these handwritten gems...memories flood of those apron clad women making do and dutifully putting into practice their learnt home economics lessons. Food and kitchen equals love, and I had it in large platefuls......I continue the practice.....a wonderful article...pineapple well remembered set in gelatine as a salad extra!!!
Comment:
I have my great grandmother's cookbook & paper never wasted-return thanks cards for sympathy expressed on the death of someone are used with recipes on the back. I love the recipes listed as one from Aunt Ethel or one from Mrs ?? & in the back of the little black book are knitting patterns too. Just a joy to read,forget cooking from it as I tend to read recipe books !!looking for a recipe,too late cook something I know is quick now it's dinner time.
Comment:
A most enjoyable article, thank you. Have you read M. Shanahan's Manuscript Recipe Books as Archaeological Objects?