Was this an attempt to cope with those hot summer days in Victoria? A case of trying mind over matter in the days before deodorants? Although the name conjures up wonderful images of bowler hatted gentlemen in dark suits steadfastly remaining cool, calm and collected, or ladies in their long sleeves and many petticoats attempting not to “glow”, the League had a very serious purpose, and in one sense it was about perspiration.

The League was formed in Melbourne in July 1895. It was reported in the newspaper The Worker on 20 July:

An Anti-sweating League has been formed in Melbourne. People are beginning to say that no one should use property in such a manner as will degrade others. Another attack on so called 'freedom of contract'.

The aim of the League was to improve the conditions of workers enduring sweatshop conditions, and introduce a minimum wage. 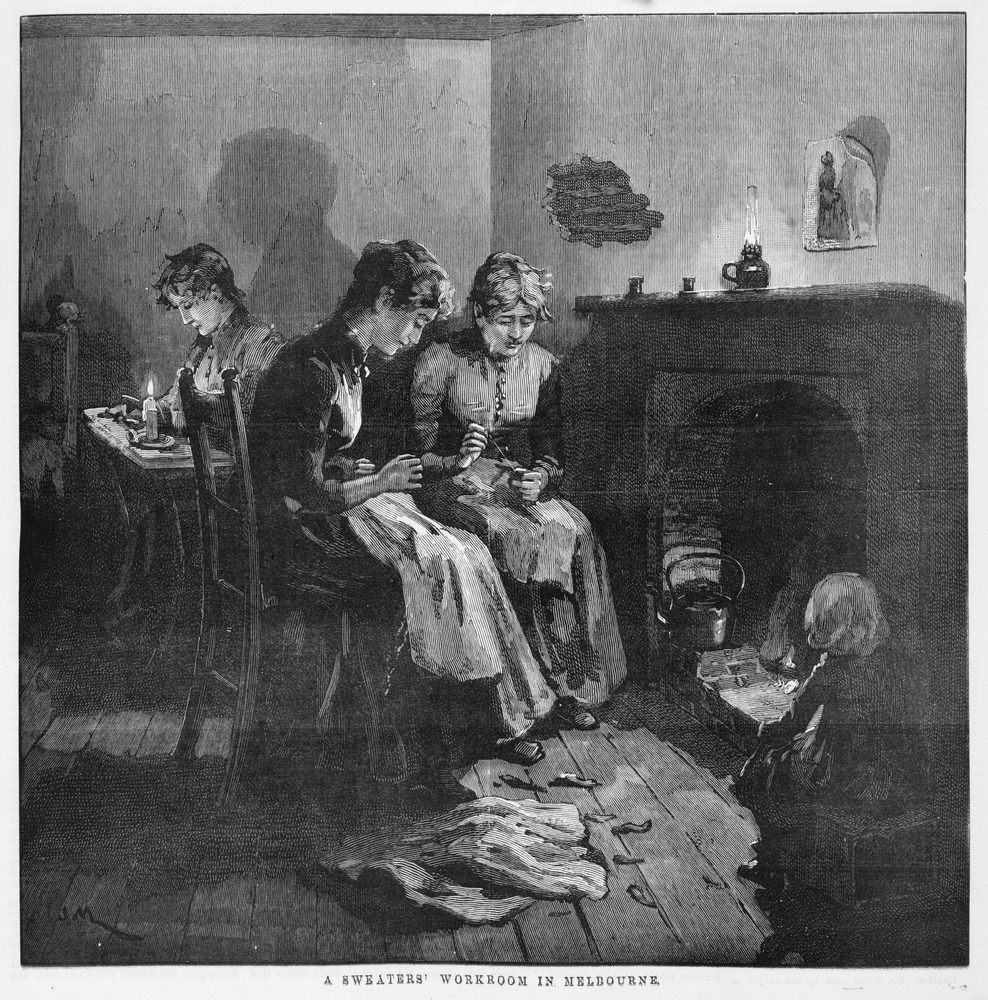 Concern over sweating in Australia dated from the 1870s, but the difficult manufacturing environment of the early 1890s brought on by an economic depression exacerbated the problem for workers. While the anti-sweating campaign had trade-union support, it is apparent from the office holders and membership of the League that it was driven by middle-class, liberal, reformers.

The president was the Reverend Alexander Gosman, a Congregational minister and social reformer. Samuel Mauger and F.W. Turton were joint secretaries. Henry Hyde Champion was vice-president. He was a rather controversial figure in the labour movement with his sometimes critical comments about union actions and union leaders. Alfred Deakin became treasurer and the suffragette and social activist Vida Goldstein also joined as a member. Vida’s sister Elsie Bell married Champion in 1898, another demonstration of the close ties between social activists in Melbourne at that time. 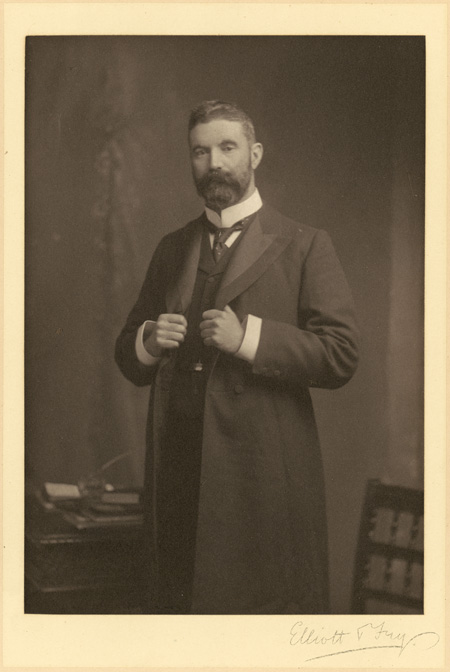 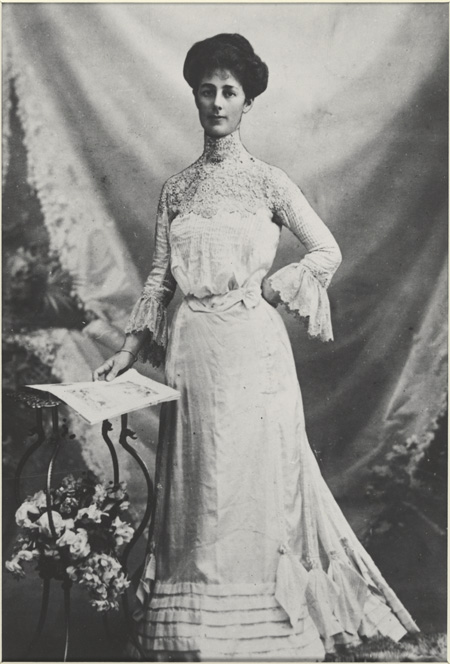 Although they included the word National in their name, the League's impact in the 1890s and early twentieth century was primarily in Victoria. The League drafted the amendment to the Factories and Shops Act (1896) that was passed by the Victorian Legislative Assembly. The amendments were aimed at requiring factory and workshop owners to provide civilised employment standards. For example, Section 16 of the Act required that:

"No person whosoever unless in receipt of a weekly wage of at least Two shillings and sixpence shall be employed in any factory or work-room".

Section 17 of the Act required that:

"The occupier of every factory or work-room shall keep sanitary the same in a cleanly state and also free from any effluvia arising from any drain privy urinal or nuisance.

A factory or work-room or any portion thereof shall not be so overcrowded while work is carried on therein as to be injurious to the health of the persons employed … and shall be ventilated in such a manner as to render harmless as far as practicable all the gases vapours dust or impurities generated in the course of the manufacturing process or handicraft carried on therein that may be injurious to health."

Interestingly, there is a special mention of Chinese workers in the definition of what constituted a "factory or work-room":

"any office building or place in which four or more persons other than a Chinese or in which any one or more Chinese persons are or is employed directly or indirectly in working in any handicraft or in preparing or manufacturing articles for trade or sale."

The success of the League in regulating factory and workroom conditions and in establishing early closing and the half-holiday in shops in Victoria reduced their role and the League ceased active work in 1912, became the Anti-Sweating and Civic Advancement League in 1913, re-emerged during another depression in 1931, and ended completely only in 1953.

The Library is fortunate to hold the League’s hand-written minute books from 1895–1910 in a collection of material acquired from Samuel Mauger. They provide a fascinating insight into the operations of the League and the people involved. 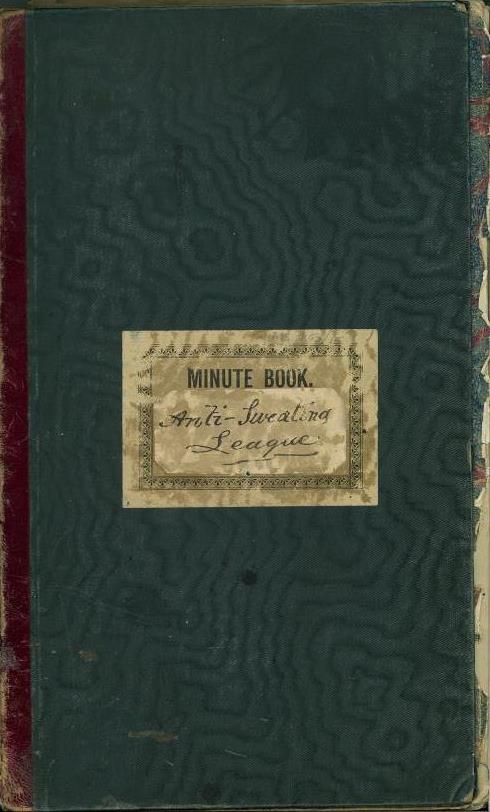 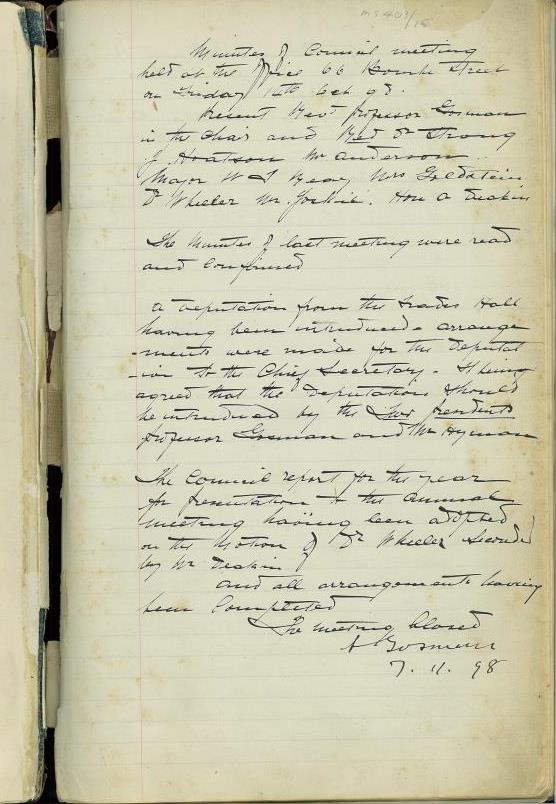 For socio-political movements such as the League, sometimes the richest sources of information may be so-called “grey literature” or ephemera such as pamphlets, brochures, flyers etc. Of course these ephemeral materials are also the least likely to survive as they tend to be read and discarded once the moment has passed.

Fortunately for the Library, there are some enthusiastic hoarders who collect and keep all sorts of bits and pieces that others would throw away. One such collector was Frederick John Riley, a leading figure in the Australian labour movement for 50 years. 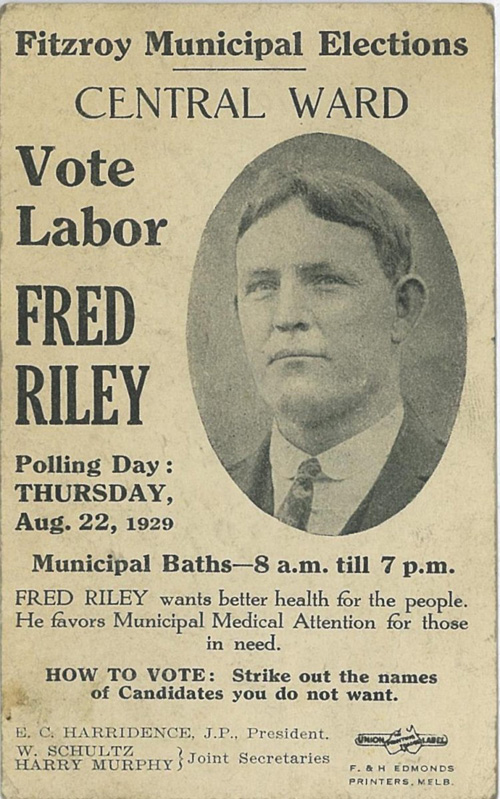 Campaign flyer for Riley as a young man standing for the Fitzroy Municipal Elections in 1929, nla.cat-vn5813772 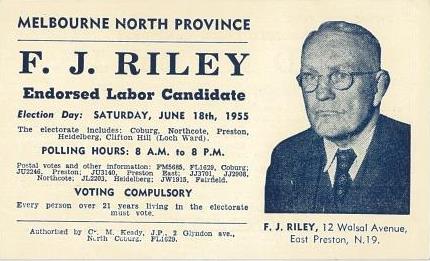 Campaign flyer for Riley 26 years later, trying unsuccessfully for election to the Federal Parliament in 1955, nla.cat-vn5813772

Riley said that, as a young man, he had been unable to find documents on Australia’s industrial history and that prompted him to collect printed and manuscript records with the intention of placing them in libraries. For many years he sent consignments to the National Library, Mitchell Library and State Library of Victoria.

Included in the Library’s Riley Collection are ephemera from the National Anti-Sweating League of Victoria as well as material on a diverse range of topics such as the basic wage campaigns, conscription, Olympics, racism, women’s groups, political parties, the environment and more. 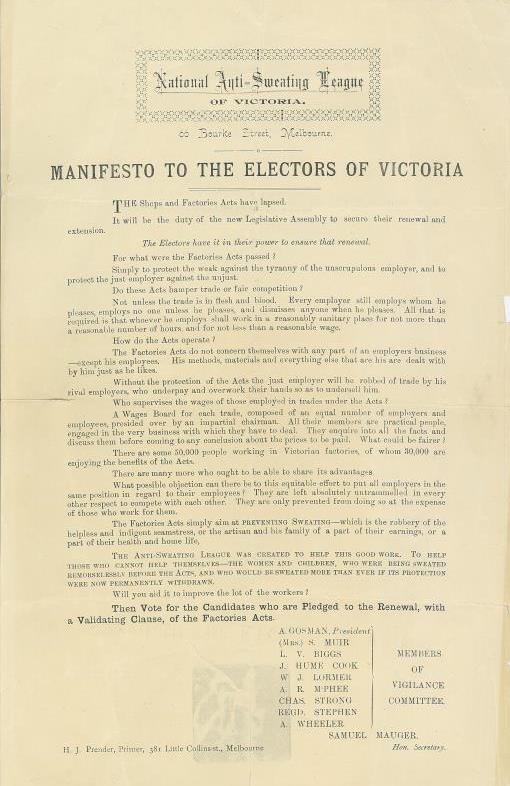 Manifesto of the National Anti-Sweating League of Victoria from the Riley Collection, nla.cat-vn5811528 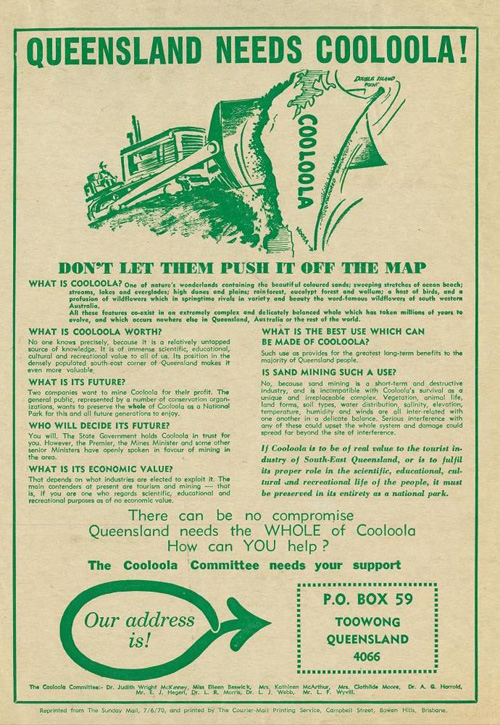 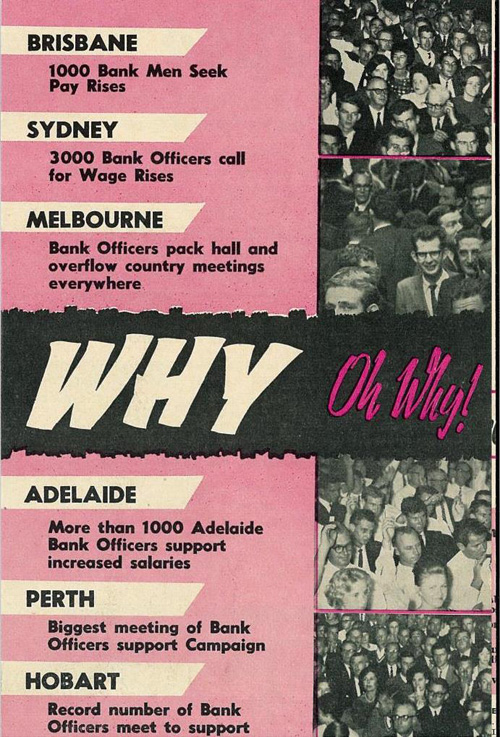 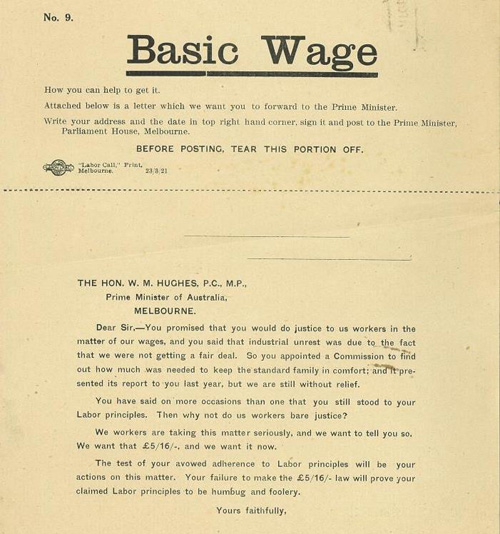 Rather strongly worded form letter designed for workers to send to Prime Minister Billy Hughes in 1921 expressing their anger over the basic wage from the Riley Collection, nla.cat-vn5811676

Another of the Library’s treasures also comes from Riley. In November 1947 he very generously donated to the Library a piece of the flag flown by the miners at the Eureka Stockade. It has been mounted in a special case together with the letter showing its provenance. It was acquired by Riley in 1912 on a visit to Ballarat and originally given to his father for safe-keeping. 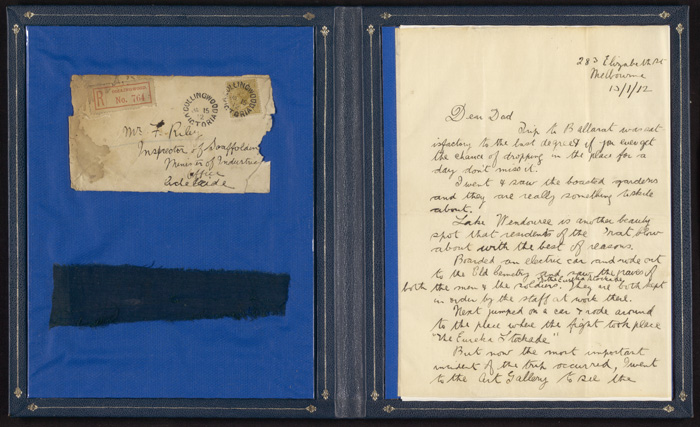