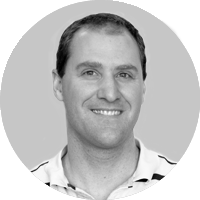 No sooner had I started my search than I came across a suitable candidate for my investigation: Whales of the world. This database was created in 1994 and what makes it problematic is that it was built into a software package designed to run on an old Microsoft DOS computer, so if anyone wants to access the database, they’d first need to run the software. We acquired this item in 1996 with 2 copies stored on 5 ¼ inch and 3 ½ inch floppy disks. 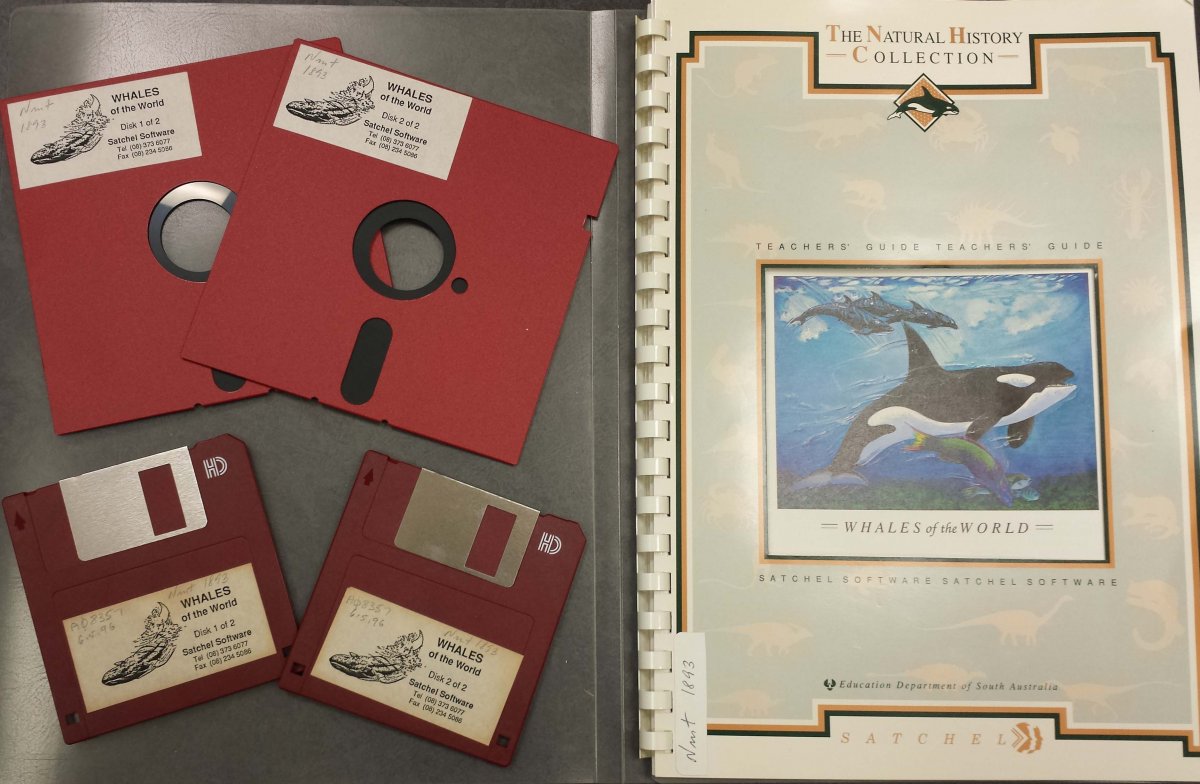 It will come as a shock to many when I say that any digital content stored on ‘temporary’ physical carriers, such as floppy disks, CD-ROMs, DVDs or even USB sticks, are at risk of being lost. This is due to either the degradation of the carrier itself, a bit-level corruption of a file, or the lack of suitable hardware needed to retrieve the stored content. Therefore, getting content off such carriers should be made a priority.

We didn't get the content off the carriers straight away, but we did migrate the content stored on the 5 ¼ inch disks to a CD-ROM in 1997, and migrated the content again to a new CD-ROM in 2002. No further actions were taken until 2014, when we were unsuccessful in making an exact copy of the content on the 3 ½ floppy disks, which would have been ingested into our managed storage system (DOSS). What went wrong? It turns out that disk 1 was no longer readable. Fortunately, thanks to the successful migration of the 5 ¼ inch floppy disks in 1997 and 2002, and an exact copy of the content is now managed in DOSS.

Backing up is just the beginning

You might think the content is now safe because it’s off the carriers and managed and frequently backed up in DOSS. However, solely backing up provides us with a false sense of security because, although exact copies of the digital content are being made, without suitable software to access the content of the digital files or a computer environment to run key software, all that backing up would be in vain. In other words, we need to think about access as well.

So let’s run the database. According to the installation procedure, all we need to run is the install file on disk 1. Simple, right? Not really. This install file requires a Microsoft DOS environment to run, and this does not bode well because most of the computers we run today are either Windows 7, 8, 8.1 or 10, all of which do not support Microsoft DOS applications. So do you think the database ran on my Windows 8 computer? Not a chance. 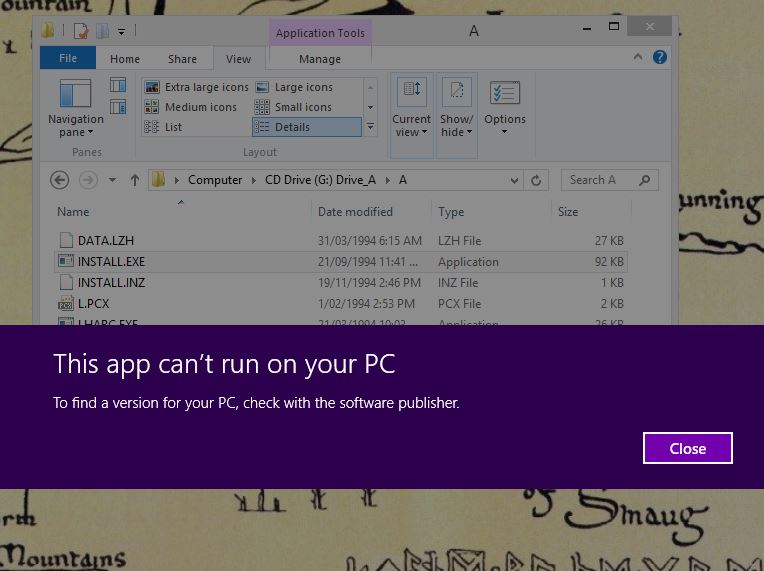 In fact, if I want to run this database, I would need to run the software in a computer environment running Windows XP or earlier.

What do we do when someone comes to the Library wanting to access this database? There are 2 options available: one is physical, and the other emulation.

Emulation, on the other hand, simplifies the process as it removes the need to source older computer hardware. Put simply, emulation software allows a user to make a modern computer behave like an older one, thereby allowing older software to run in this ‘emulated environment.’

So let’s help a hypothetical user access the database by using the free DOS emulation software DOSBox on a Windows 8 computer. Once running, all I need to do is point DOSBox to the location of the files and run the install file. 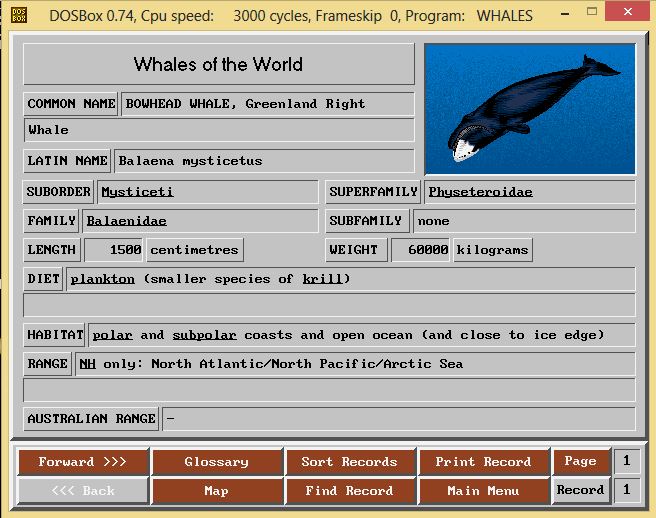 DOSBox successfully running the Whales of the World database

Behold! As you can see from the above screenshot, the database is running and the user would be able to access all the content and functions offered in this database.

The challenge of preserving and maintaining access to digital content is faced by all—whether we realise it or not—and it’s not going to go away. This emulation method might provide access to this database today, but would it still work in 5 years? Perhaps, but eventually it won’t. If that hasn't convinced you, check out the blog post Preserve or perish: saving the Library's digital maps.

Access strategies need to be reviewed and updated as technology changes, otherwise we would find ourselves in digital dark age.