ORCID one year on

ORCID one year on
Still helping you find Australian researchers 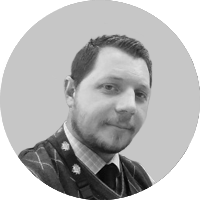 Powering ahead with ORCID one year on

It’s been one year since Trove started working with ORCID. The ORCID site enables researchers to create a more complete overview of their work. You may remember from our previous blog, Spot the Blue Square that ORCID helps researchers claim the work they’ve written, the data sets they’ve created, the funding grants they’ve received and the institutions with which they’re affiliated.

ORCID is an international service containing more than 2 million researchers worldwide. As an Australian service, Trove wants to promote Australian content creators, so we set out to retrieve only a small slice of the ORCID cake, the Australians. We then loaded those ORCID records as biographies in to our People and Organisations zone.

At the start of the process in 2015, we were pleased to identify over 2,000 Australian researchers and get them into Trove. A year later that number has jumped to over 12,000 and is growing daily. Our method of searching hasn’t changed- Australian researchers have been signing themselves up for ORCID accounts.

Trove has always had a trickle of enquiries from researchers and authors asking if they can update their Trove biography with new titles or a more thorough explanation of their career. Previously we had no way for an individual to add content, but now, when a researcher contacts us, we can advise them to create or enrich their ORCID profile. It’s incredibly satisfying for the Trove team to see these records automatically appear a few days later. This is what ORCID is about – allowing researchers to take control of their online profile in one place and see the results flow through to linked systems like Trove. The same record can also be re-used by other Australian research institutions with no extra effort.

The ‘Related To’ Facet

The release of Trove 7.0 in February saw the new ‘Related To’ facet appear in the People and Organisations zone. For ORCID records this facet allows a user to narrow down their search to people from a particular Australian university. You can choose the University of Melbourne and only see 1,017 researchers who have nominated that they were educated or employed at the University of Melbourne. That’s something you can’t even do in ORCID and we think it will be really helpful.

The publications of academics at Australian universities can already be found in the Journals and Books zones of Trove. When an academic works on a project with a funding grant from the Australian Research Council (ARC) or National Health and Medical Research Council (NHMRC) a grant number can be included with the publication as an acknowledgement.

It’s now possible to search for grant numbers in Trove and find both the related publications and the researchers. Here are the 7 publications associated with the NHMRC grant "What cost-effective built environment interventions would create healthy, liveable and equitable communities in Australia?" that is being jointly undertaken by staff at the Queensland University of Technology and the University of Queensland. Switch from the Journals zone to the People zone and you’ll automatically see 4 of the researchers who are working on that project.

Australian universities can now retrieve records for their own researchers, for use in their own systems, without having to first manually create them and contribute them to Trove. Trove records contain a persistent ‘NLA Party identifier’ as well as a number of other identifiers for other systems that describe the same person.  A researcher might have an ORCID, a Libraries Australia Authority number, or system number from one of the 40 Australian biographical sources we aggregate. The grouping of these numbers together means automatic download and system matching.

The inclusion of an Australian subset of researchers in Trove from ORCID has allowed us to measure how engaged Australian researchers are with ORCID. We now know:

The Australian researchers we’ve been able to identify so far are clustered around the sciences, so there’s a noticeable lack of other disciplines. Where are the humanities researchers – the historians and literature experts? Where are the economists and the political scientists? This may be related to how we seek out and identify Australians in ORCID and it is something we’d like to work on in the future.

The University of Melbourne is the first institution to provide us with ORCIDs in its publication records. When we get a record describing an article, like Prying open a Reactive Site for Allylic Arylation by Phosphine-Ligated Geminally Diaurated Aryl Complexes, the ORCIDs of the researchers are also included. A user can click on the ORCID to read the researcher’s profile and find other works they’ve written.

For Trove, any new ORCIDs that come in this way are an automatic trigger, the system immediately goes out and finds their biography in ORCID, then adds it to the People zone. We hope that the inclusion of ORCIDs in University of Melbourne publications will be just the start, and that other Australian universities will soon begin including these identifiers in their publication data as well.

One year on and Trove is still at the start of our ORCID adventure. There are lots of ways we’d like to grow the ORCID integration. Given time and funding we would like to: beef up the data, improve the user experience, increase opportunities for system integration and one day possibly feed millions of Australian publication records back in to ORCID, completing the data lifecycle.

In the meantime if you’re a researcher or an author, academic or student, and you haven’t signed up for an ORCID, then now’s the time. Get over to ORCID and register yourself. And if you’re Australian we’ll be welcoming you to Trove in a few days’ time.

Comment:
Nice work. We're storing ORCID iDs in Wikidata (the database that sits alongside Wikipedia) too. Here's how: https://en.wikipedia.org/wiki/Wikipedia:ORCID We also store People Australia IDs, too. Here's a query that returns a list of people with both, and who are notable enough to have an entry in Wikidata (and usually a Wikipedia biography): https://tools.wmflabs.org/wikidata-todo/beacon.php?prop=496&source=1315&site= No doubt that list will grow with time.