Our 10-part blog series is celebrating the 50th anniversary of the National Library of Australia's building with 50 interesting and important records in Trove. This week we're exploring items 26 to 30, with the theme ‘Politics’.

Our treasures this week shine a light on some important political and social movements, from Governor Arthur’s Proclamation to the Aborigines to Geoff Pryor’s biting political satire.

26. Governor Arthur’s Proclamation to the Aborigines 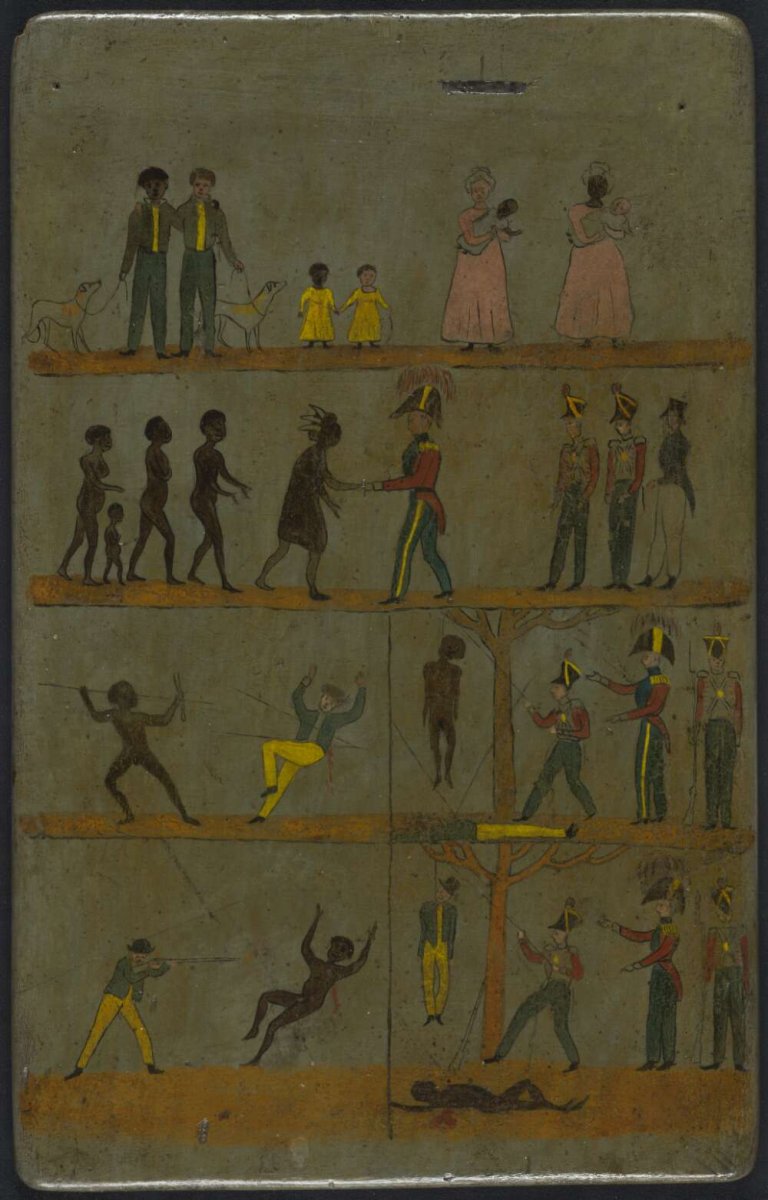 The twenty-sixth object in our list of treasures is Governor Arthur's Proclamation to the Aborigines. Approximately 100 of these pictograms were issued by Governor George Arthur during his term as Lieutenant Governor of Van Diemen’s Land. They were produced by convict artists. The pictogram was intended to explain ‘equality before the law’ to Indigenous Australians and reduce violent interactions between colonists and Indigenous Australians. History tells us, however, that it did not succeed. The State Library of New South Wales has published a moving account of these important objects. 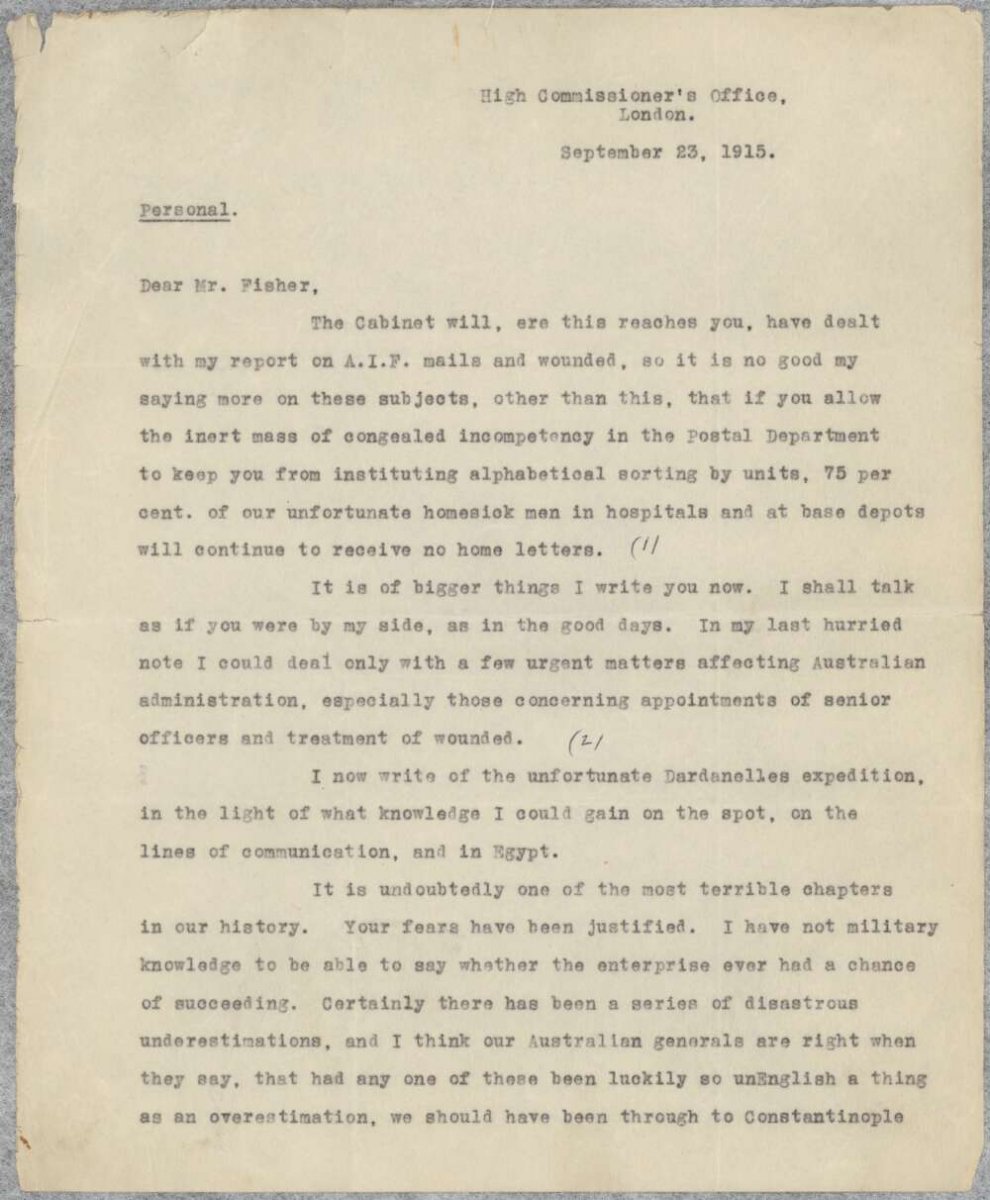 There are few events considered more nation-shaping than the Australian Forces’ involvement in the battle at Gallipoli in 1915. Arguably, the legend began with this letter from Keith Murdoch to Prime Minister Andrew Fischer. The letter details the mismanagement of the Gallipoli campaign, and played a role in the decision to withdraw the ANZAC troops. This letter is included on the UNESCO Memory of the World register.

If you’d like to know more, read the blog post written by the Library’s Treasurers Gallery Curator, Nat Williams. 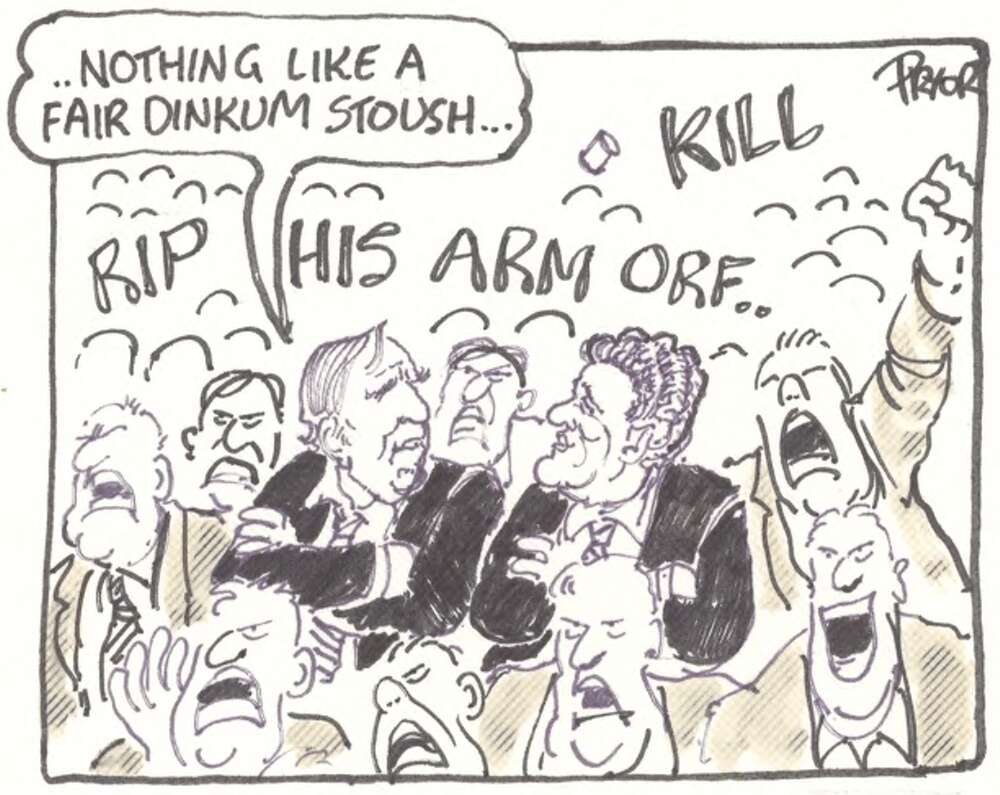 Geoff Pryor was the editorial cartoonist for the Canberra Times between 1978 and 2008. A Walkley award winner, Pryor donated 5000 of his original cartoons to the Library upon his retirement in 2008. We’ve chosen this particular collection to represent the rich field of Australian political cartoons, which reflect our political life in a uniquely Australian way. You can see more of the collection of digitised cartoons in Trove. 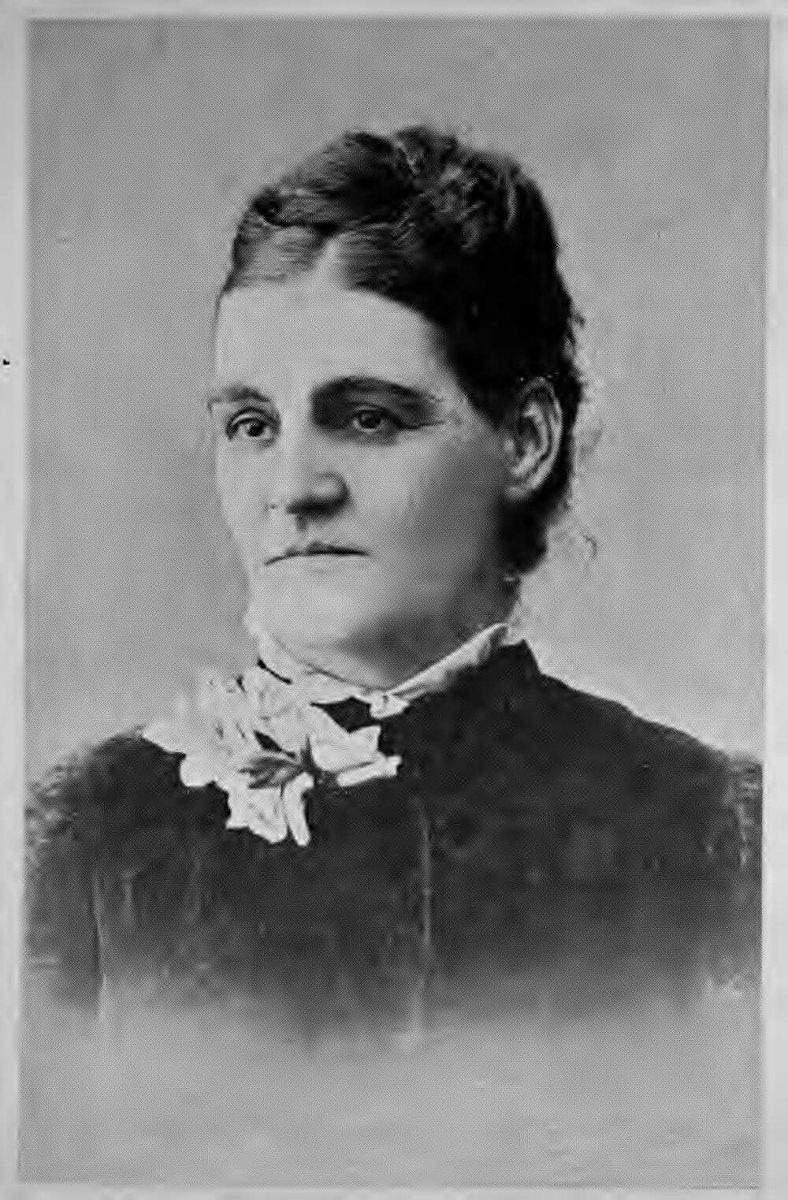 The Dawn was an Australian journal published by feminist advocate Louisa Lawson between 1888 and 1905. The Dawn was intended as the ‘trumpet through which the concentrated voices of womankind could publish their grievances and their opinions,’ and played an important role in the Australian campaigns for equal pay and the right to vote.

The only surviving complete run of the journal existed in the collection of the State Library of New South Wales. In 2012 the journal was brought into Trove through the grass roots 'Digitise the Dawn' campaign to fund the digitisation process. The entire journal is now available in Trove and free to access anywhere in the world.

The Berita Repoeblic records the history of newly independent Indonesia in 1945. The Embassy of Indonesia in Canberra funded the digitisation of this newspaper in 2017, following a request from Indonesian scholar Anthony Liem that highlighted the paper's importance for both Australian and Indonesian political research. Liem had used the Library's microfiche of the newspaper title to provide background information on a National Maritime Museum exhibition and found it a rich source of information on Australia-Indonesia relations, following the end of Dutch rule.