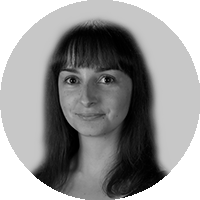 Our 10-part blog series is celebrating the 50th anniversary of the National Library of Australia's building with 50 interesting and important records in Trove. This week we're exploring items 36 to 40, with the theme ‘The Library’.

With the official anniversary cake just cut and birthday wishes bestowed on the Library's building, the Trove team thought it was time to focus on the National Library of Australia itself.

While many of the Trove favourites featured so far are from the Library's digitised collections, this week's post features some of the treasures you might find if you were to come for an in-person visit. Famous stained glass with French flair, lush tapestries and larger-than-life spectacles, to name just a few.

36. Planning for a National Library

You can see from photographs in the Library's collection that there are significant differences between the art and the finished building. For economic reasons, only a single wing was constructed and the grand entrance translated into something much more modest. More information on the history of National Library buildings can be found on the Library website. The Library also holds an extensive collection of planning designs and concepts, both for the 1934 building, and our 1968 landmark, some of which featured in the 2008 The Opening Chapter: Building the National Library exhibition. 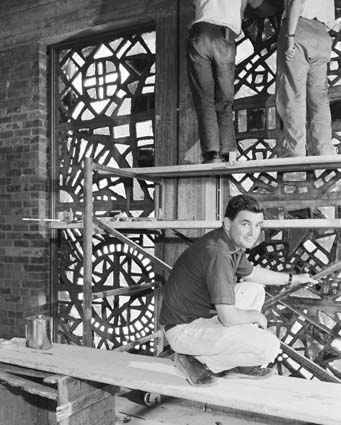 Australian News and Information Bureau (1968). Leonard French pauses on scaffolding during installation of stained glass window at the National Library. Digital image reproduced with permission from the National Archives of Australia.

The 16 stained-glass windows in the Library's foyer, made of French and Belgian glass, were created by artist Leonard French. French was already a rising star in the art world when he was suggested as a contributing artist for the new Library building by architect Walter Bunning. The glass features motifs of crosses, circles, suns, stars and mandalas, and is cut to maximise dazzling refractions of light - which anyone sitting in the Bookplate cafe on a particularly sunny afternoon can attest to.

Library curator Grace Blakely-Carroll has written for unBound magazine about Leonard French's design, delving into the techniques and inspiration behind what is one of the Library's most admired features. An oral history interview with architect Walter Bunning also contains discussion of his choices for artists that contributed their work and creativity to the Library building. 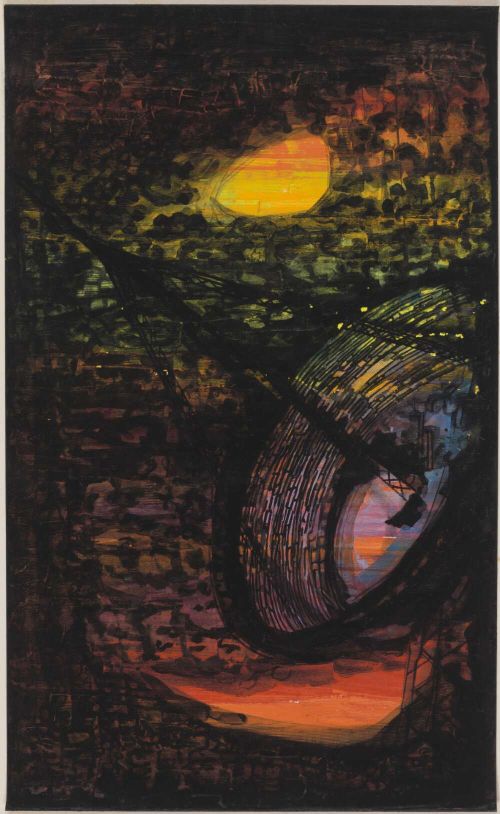 This artwork study is the basis for one of three grand tapestries decorating the main foyer of the Library. The tapestry colours were designed to complement Leonard French's stained-glass windows, and the tapestries include motifs of Australian flora, fauna and urban life.

This artwork depicts the radio telescope in Woomera, South Australia - part of the Island Lagoon Tracking Station. Island Lagoon was the first deep space tracking station established outside of the United States in 1960, and assisted NASA during the Project Mercury spaceflight program. The telescope on the tapestry symbolises "the times in which we live" according to notes made by architect Walter Bunning in 1966. More information on the other tapestries in the series, and other Library building artworks, can be found on the Library's website.

In 2006, the Library acquired a significant collection of papers from the estate of Patrick White - Australia's only Nobel Laureate in Literature. Despite Patrick White's own claims during his life that he didn't keep any papers, the collection acquired via White's literary agent Barbara Mobbs includes photographs, letters, notebooks, research for novels and even recipes. Some more unusual items include White's famous beret, a beanie and a pair of spectacles. The spectacles are a very recognisable part of the Library's collection, due to their larger-than-life presence on promotions for the Library's Treasures Gallery.

Much of the Patrick White collection can be explored in an online index in Trove. The index, known as a Finding Aid, provides a comprehensive guide to the collection and also notes which items have been digitised and can be viewed online. 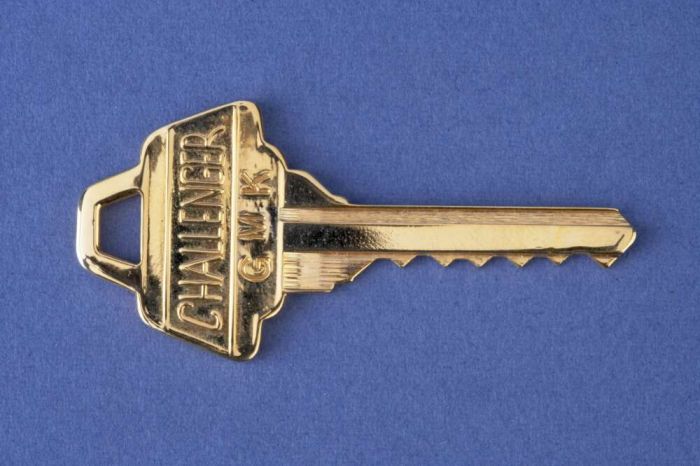 The Trove team is fairly certain all the locks this key once fit have been changed since 1968. Which is why it now seems safe to share this record of a Library master key, made at the time of the Library's opening.

Occasionally, the team has wondered if there are any doors the key might still unlock, and if so, what might be revealed. Suggestions included drafts of a great Australian novel, written by one of the reference librarians on breaks from the reading room. Or meticulous notes kept by the ISAAC book delivery robots, on all the human comings and goings of the lower floors of the Library. We suspect, through some experience with forgotten cupboards, that we're much more likely to find typewritten 1980s procedural manuals and many years' worth of discarded Christmas ornaments. We like our creative imaginings a bit better.

What are your favourite Trove objects? We are still seeking suggestions for our People's Choice week at the end of the month. These can be any objects in Trove - they just have to be available online, and loved by you! Send your suggestions to trove@nla.gov.au.