The story begins with a seedling ash tree planted outside a shack on the bank of the Torrens River in South Australia. To help the seedling grow, a crude makeshift fence surrounds it for protection. It is December; a warm breeze gently blows across the river and Christmas is fast approaching.

“I like it here,” a young Maltese migrant by the name of Antonio Cini told a reporter from ‘The News’ in 1937.

Antonio went on to tell the same reporter, “I cannot pay rent, and here I do not have to pay rent. I do not starve.”

According to the reporter, Antonio seemed more concerned for the wellbeing of the seedling ash tree he had just planted next to his hut than the possibility of being driven out of his current home.

Antonio arrived in Australia in 1927 at the age of 17. His immigration papers listed his occupation as a labourer, but he was known to have worked as a gardener, artist and petty thief. 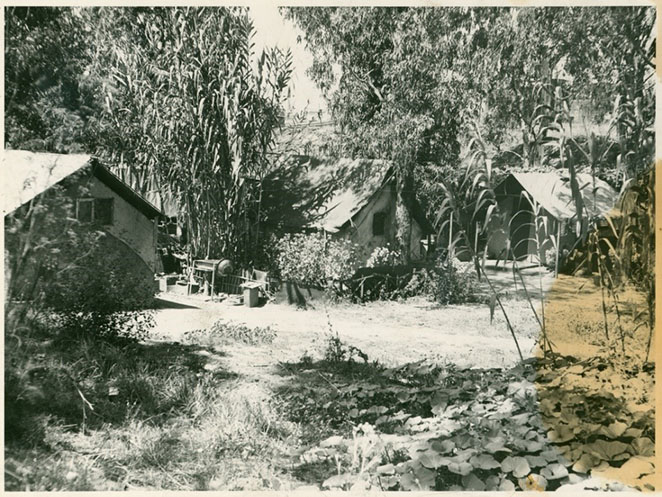 At the height of the Great Depression, many single unemployed men were forced to seek alternative means of housing.

A migrant community of approximately 70 Maltese single men established a camp on the south bank of the Torrens River located between the weir and Morphett Street Bridge. This group of men, who took great pride in their huts, soon became known as the ‘River Dwellers’.

Many of them built homes featuring fireplaces made of brick and pug scraped from the river. They cultivated the land and established fruit trees and vegetable plots. Some incorporated colourful landscaped gardens with terraced steps.

The huts were constructed from a variety of recycled materials such as hessian bags, flattened out kerosene tins, scrap metal and timber.

The camps hint at a colourful attempt at sustainable living through creative and adaptive re-use of discarded material. 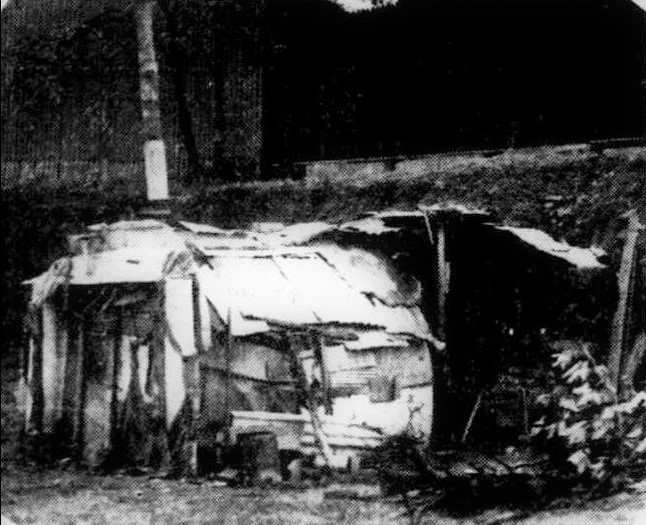 A Shack constructed of recycled material on the Torrens River, located behind the Adelaide Zoo, The Mail, 1937, https://trove.nla.gov.au/newspaper/article/55932479

Peep among the shacks

However, one hut stood out and was described as ‘the best and neatest home of them all’. It spoke of hope, humour and resilience.

Constructed from hessian and tin, Antonio had painted his hut to resemble a red brick cottage. Inside, the hut was decorated with rich green and rose wallpaper, and a torch hung from the ceiling to provide light. At one end of the room was a red brick fireplace with the Maltese cross painted above it and on another wall was the painted impression of a crockery set.

In 1933, a journalist from ‘The Advertiser’ took a ‘peep among the shacks’ and found a large landscape painting on the kitchen table that Antonio had been working on. It depicted a view of the Torrens River as seen from his hut. 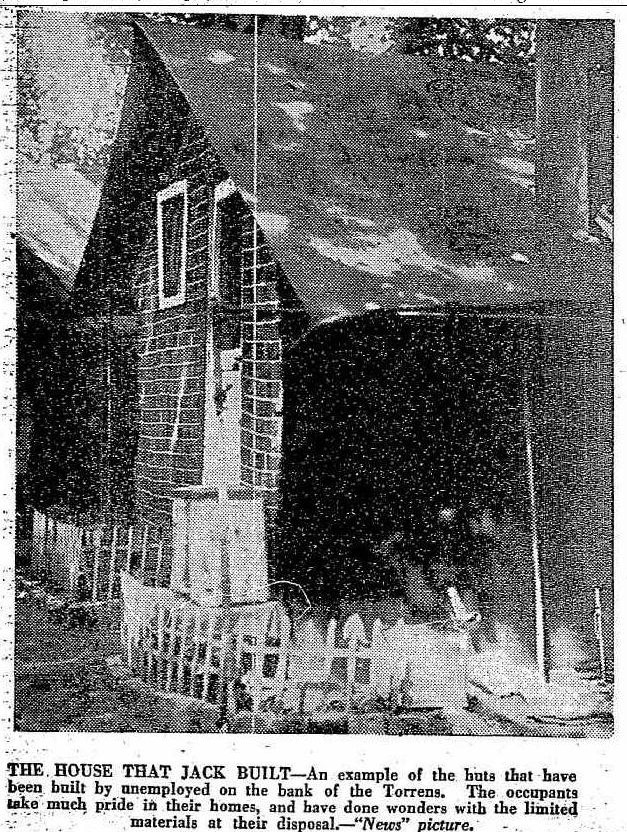 Away from his hut

In 1936 Antonio pleaded guilty and was committed for sentence on two separate accounts of breaking into the Agricultural School on Frome road.

He was charged with stealing a box of colour paints, two paint brushes, a bottle of white process, a tin of gold powder, drawing pins, three sheets of Manilla paper, some wire, a packet of Vandyke brown paint, a primus stove and a billycan.

He received a gaol term of two years. After 13 months, Antonio was released and returned to his decorated hut by the river in November 1937.

On 22 December 1937, the City Council of Adelaide issued a notice to the men living on the Torrens River. They were to vacate and remove their camp by 31 March 1938.

A week before the notice, Antonio expressed to the same reporter at the beginning of this story, his desire not to lose the shack he had "built, decorated and furnished", and his concerns about the fate of the ash tree.

Antonio told the reporter, “I hope the city council will let this go on growing here when the huts are pulled down”.

'Moving day' occurred on 31 March 1938. The last man to vacate and remove his camp was Mr Ottway on 21 May 1938. Today, there are no traces of the camp left or Antonio’s decorated hut, except for his ash tree. 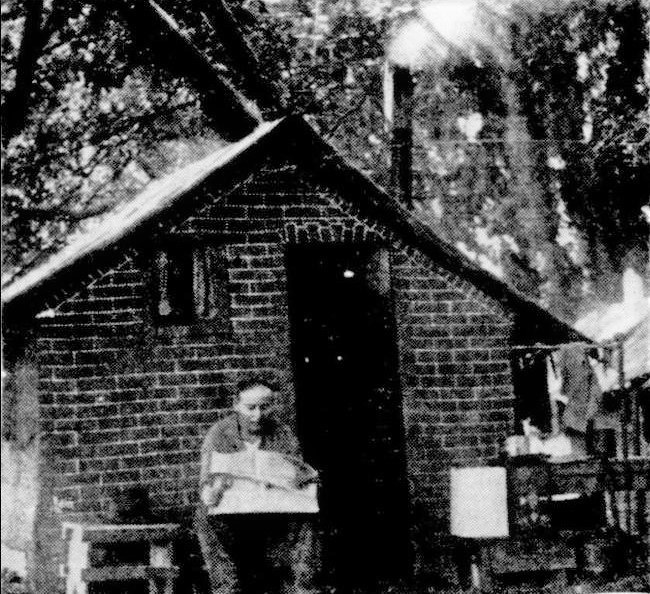 John Borg, a Maltese migrant who shared the tent with Antonio enjoys a quiet read, The Mail, 1933, https://trove.nla.gov.au/newspaper/article/59387242