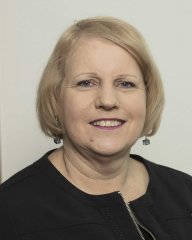 Senator Catryna Bilyk has served as a Senator for Tasmania since July 2008. Following her election in 2007 and just prior to commencing her first term, Senator Bilyk survived two brain tumours—an experience which has led to her being a longstanding and vocal advocate for brain cancer research.

As a lover of books and reading, Senator Bilyk served for several years as a national Love2Read Ambassador (formerly National Year of Reading Ambassador).

She has also been a strong supporter of the arts in Australia. Senator Bilyk helped establish the Parliamentary Friends of the Screen Industry, and took a lead role for the Opposition on a 2015 Senate inquiry into Commonwealth funding for the arts.