On reaching Hawaii in early 1778, Cook saw that the Hawaiians were related to other Polynesian peoples. He explored several of the islands, which he named in honour of his patron Lord Sandwich. The islanders were fascinated by the Europeans' ships and their use of iron, and a bustling trade ensued. Cook then continued his north Pacific explorations.

Returning in November, the expedition was again well-received, and during the makahiki season Cook was feted almost as a god. They sailed off once more, but after a storm damaged Resolution's foremast Cook decided to return to Kealakekua Bay, anchoring there on 11 February 1779. Misjudging the mood of the Hawaiians, an ill-tempered Cook was killed there three days later, having tried to take the Hawaiian King hostage. 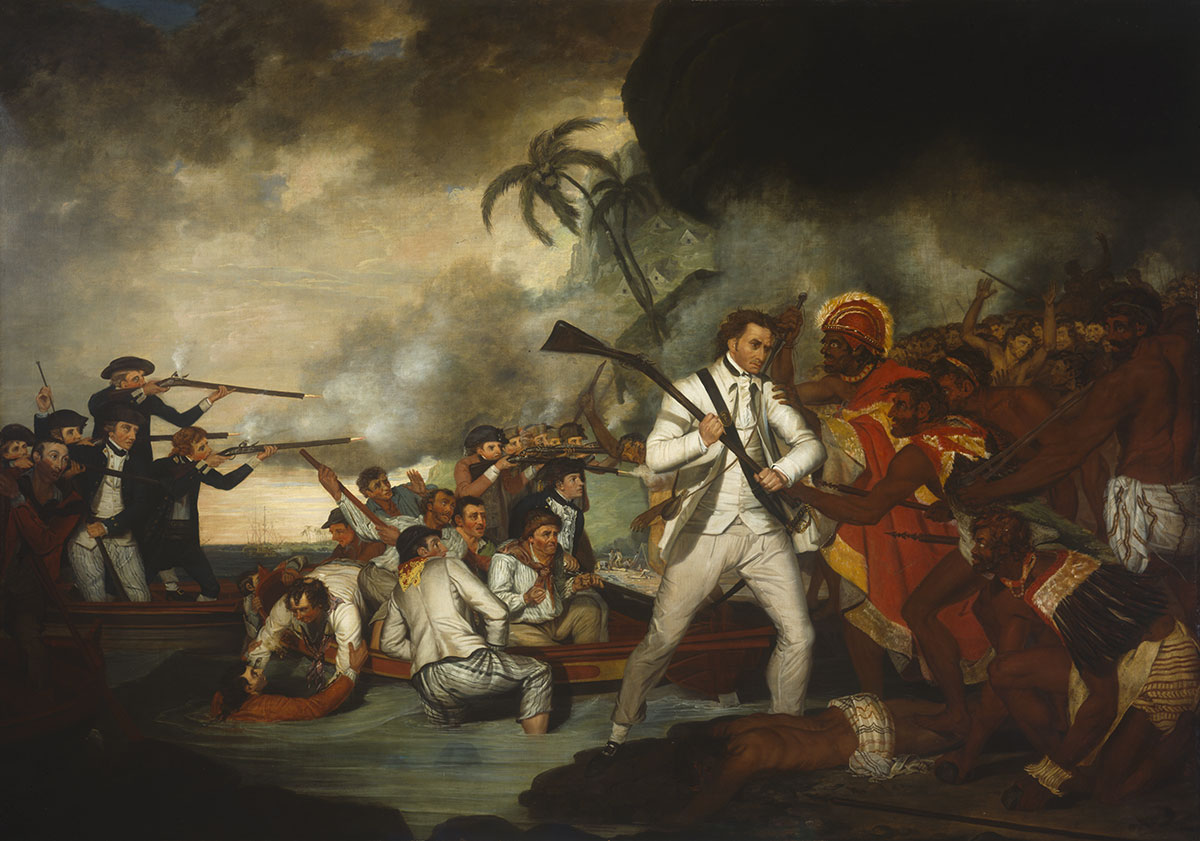 Cook’s death at Kealakekua Bay on 14 February 1779 was a moment of high drama and confrontation. George Carter’s painting shows Cook on the attack, using his inverted gun as a club as he confronts a determined Hawaiian chief. Cook had attempted to take hostage Kalaniʻōpuʻu, Aliʻi nui (king) of Hawaii Island.

Though eyewitness accounts record that Cook was killed by an iron dagger, stories persist that a carved swordfish-bill dagger was used. This dagger was collected by naturalist Andrew Bloxam of HMS Blonde in 1825. The Blonde visited the ‘morai’ (sacred meeting place and burial ground) at Kealakekua Bay, where Cook was killed, and collected a number of relics. George Anson Byron had led the voyage to Hawaii to return the bodies of King Kamehameha II and Queen Kamāmalui, who had died of measles in July 1824 while on a visit to England.