Cook's ships spent more time in New Zealand waters than anywhere else on the three Pacific voyages—a total of 328 days. Cook circumnavigated and mapped New Zealand, proving that it was not part of the fabled 'Great South Land'. He came, over successive voyages, to use an inlet he named Ship Cove at Totaranui (Queen Charlotte Sound) as a base for venturing further into the Pacific.

On the Endeavour voyage communication was greatly assisted by the Polynesian high priest Tupaia, who acted as interpreter. Interactions between the British and Māori were sustained and varied, and involved extensive trade and genuine cultural respect. Yet there were also instances of miscommunication and violence.

A Chart of Part of New Zealand 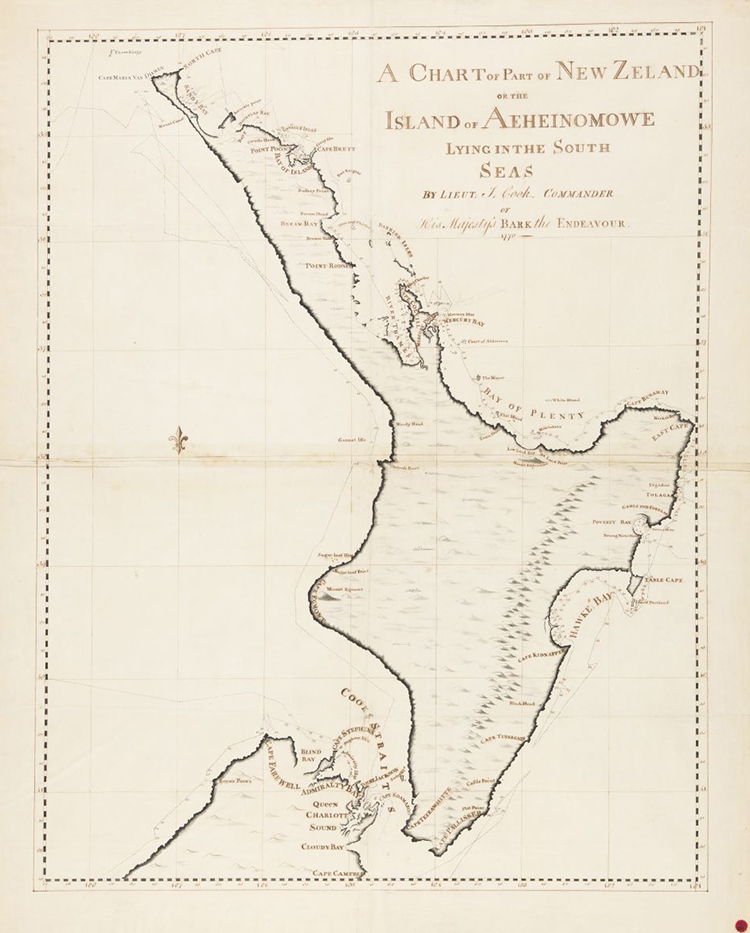 One of Cook's greatest achievements was to map New Zealand. These maps trace the journey of the Endeavour around New Zealand, the first circumnavigation of that country. Cook surveyed the islands of ‘Aeheinomowe’ (Te Ika a Maui, or the North Island) and ‘Tovypoenammu’ (Te Waipounamu, or the South Island) between October 1769 and March 1770. Cook named mountains, bays and capes, though he included few Indigenous settlements other than ‘Tegadoo’ (Anaura Bay) and ‘Tolaga’, places of first contact between Māori and British peoples.