At the conclusion of my first year as Chair of the National Library of Australia Council, I am pleased to be able to share with you some of the Library’s notable achievements in 2012–13, and to report on progress towards broadening the Library’s reach through new technologies and its expanding digital collections.

Maintaining Australia’s documentary heritage through the Library’s collection and preservation work remains a high priority. The Library is well positioned to continue to serve its users through the reading rooms of its wonderful building, and to expand its reach to the wider community and overseas users through its digital infrastructure.

Use of the Library’s electronic journals and ebooks is steadily increasing, reflecting users’ preference for accessing online resources. This trend underlines the importance of the Library’s continued investment in making more titles available via new technology.

In October last year, the Library’s Council endorsed a collecting policy for overseas publications that places priority on online resources and reaffirms the Asia–Pacific region as a priority collecting area.

During 2012–13, staff also developed strategies for collecting online versions of Australian publications in digital form where there is a choice between printed and online versions. To support this, priority has been given to working with the Attorney-General’s Department and publishers to amend the legal deposit provisions of the Copyright Act 1968. The year has been one of discussion and negotiation, and Council is keen to see legislative change achieved in 2013–14.

The significant role in information discovery played by the Library’s Trove service was recognised in October 2012 with the Australian and New Zealand Internet Award for Innovation. Use of the service continues to grow strongly, with more than 60,000 daily visits confirming Trove as the primary vehicle for users engaging with the Library. Two-thirds of Trove’s content is available online, with a third of this being freely available to all users.

Digitised newspapers continue to be the most popular content in Trove, with over 10 million newspaper pages available online. During the reporting year, 1.1 million pages of newspaper titles were digitised as part of a funding agreement extending to mid-2016 with the State Library of New South Wales. The digitisation of 18,000 historic glass plate negatives from the Fairfax Media archive also commenced, following the receipt of a grant from the National Cultural Heritage Account. In addition, the Library has improved access to its important Oral History and Folklore Collection by putting it online, synchronised with text from summaries and transcripts.

In order to support its growing digital collections, the Library has commenced a multi-year project to replace its digital infrastructure. The Library is now working with two companies, following an open-market procurement process.

The Library welcomed the release of the Australian Government’s National Cultural Policy, Creative Australia, and the objectives that have been identified to develop and support the arts. The Library is proud of the recognition this policy accords to Trove as a great example of new technology initiatives and effective collaboration in the arts.

In November 2012, the Library marked the anniversary of the Treasures Gallery, which has received over 170,000 visitors since opening to the public in 2011. This event provided an opportunity for the announcement of the James and Bettison Treasures Curatorship, a privately funded position to promote the Library’s collections to a broad range of users and supporters.

Over the past six months, the Library has also been celebrating the Centenary of Canberra. This has involved a diverse set of activities, including a project to digitise The Canberra Times; an event to recognise the contribution of women to Canberra’s development; and an exhibition, The Dream of a Century: The Griffins in Australia’s Capital, focusing on the lives and work of Walter Burley Griffin and Marion Mahony Griffin.

I would like to acknowledge the contribution of my fellow Council members: the Hon. Dick Adams MP, Ms Glenys Beauchamp PSM, Ms Jane Hemstritch, Senator Gary Humphries, Dr Nonja Peters, Professor Janice Reid AM, Ms Deborah Thomas, the Hon. Mary Delahunty and Dr Nicholas Gruen, along with Mr Brian Long and Ms Mary Kostakidis who both retired from Council during the year.

We acknowledge Ms Anne-Marie Schwirtlich, the Director General of the Library, for her leadership through the year, together with her Corporate Management Group and all the Library staff whose dedicated work and commitment ensure the Library fulfils its role of preserving and making available this important material. 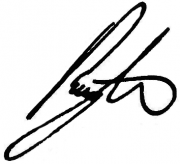