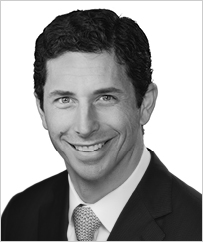 The Library’s significant achievements are set out in this report. It is a matter of considerable pride to reflect on the purposeful, intelligent and smooth accomplishment of several complex, multi-year projects in areas as diverse as major event planning, digital infrastructure and building redevelopment. I refer, of course, to planning and presenting the major international exhibition, Celestial Empire: Life in China, 1644–1911; to the Digital Library Infrastructure Replacement (DLIR) program; and to the project to integrate the Library’s reading rooms.

Planning and presenting the Celestial Empire exhibition and its associated programming was a major focus for the year, for several reasons. These included the strength and longevity of the relationship between the Library and the National Library of China and the desire to broaden this relationship; the Australian Government’s desire to build the cultural, educational, business and people-to-people relations between the two countries; and the Library’s desire to promote and make more accessible its extraordinary Chinese collection, especially to Australians of Chinese heritage. The Library was delighted to work with colleagues from the National Library of China to select exquisite manuscripts, rare printed books, epigraphical rubbings and maps, architectural drawings and precious scrolls, most of which had never left China, complementing them with items from the Library’s own collection.

We are grateful to the Prime Minister, the Hon Malcolm Turnbull MP, for officiating at the celebration of the exhibition on 5 February and recognising that the exhibition’s focus on the Qing dynasty enables us to understand modern China and its relationship with the world today.

With 80,000 visitors to the exhibition and its related programs, from around Australia and abroad, the exhibition was an enormous success. Celestial Empire was made possible only by the generous support of the National Library of China, other lenders and significant contributions from sponsors and supporters.

The Council of the National Library of Australia continued to take a close interest in the achievements and progress of the DLIR program. The program is ambitious, pioneering and complex, and is building the digital infrastructure that will enable the Library to collect, deliver, preserve and provide long-term access to digital collections.

There was excellent progress made over the year and an external quality assurance review in February affirmed this assessment, validated outcomes and benefits delivered, and endorsed the focus and investment in the program’s last stage. We are particularly excited to see the results of this transformative project, and with the enhanced online and digital platforms, we look forward to seeing the use of Trove and our other resources continue to grow.

The physical transformation of the Library’s reading rooms and associated service areas was completed successfully—on time and on budget. The Main Reading Room, on the Ground Floor, was expanded to provide additional quiet space. The informal study and meeting space, on Lower Ground 1, was extended and refurbished, and visitor amenities improved and modernised. Readers and visitors have welcomed the Library’s efforts to cater for a variety of uses—creating beautiful spaces that juxtapose contemporary and original furniture, lighting and design thoughtfully and deftly.

Last year, I reported on the successful culmination of the Library’s two-decade-long aspiration to extend the legal deposit provisions of the Copyright Act 1968 to empower the Library to collect Australian digital publications. The bill effecting these changes, the Civil Law and Justice Legislation Bill 2014, received royal assent on 17 August and came into force on 17 February. The deposit of the first ebook on that morning was a very special moment. The body of this report describes the policy, systems and communications work required in preparation for implementation and progress since then.

The Mid-Year Economic and Fiscal Outlook Statement required additional ongoing savings from the Library of $1.5 million from 2015–16, in addition to the efficiency dividend of 2.5 per cent and other savings.

In order to live within its budget, the Library has restructured, refocused and had to cease some activities as set out in the Director-General’s Review. Council has supported the Library to find the necessary service and expense reductions required by the funding reductions.

The National Library is a significant part of Australia’s knowledge and research infrastructure. It is loved, valued and used by Australians around the country, and the media coverage about the financial circumstances of the national collecting institutions, especially the Library and Trove, made this clear. Media coverage ranged over television, radio, print and online, as well as extensive social media activity.

Comments about Trove, one element of the Library’s work and services, have made plain the ways in which Trove has revolutionised research of every kind, is seen as an exemplar internationally and is pivotal to research of all kinds. Trove is one of the great examples of innovation and collaboration with the Library and collecting institutions in Australia and there are enormous opportunities to build on this world-class infrastructure: for example, by investing at scale in the digitisation of the national collection.

The capability needed to support Australia’s knowledge, creativity and innovation by effectively utilising the major national asset and resource that is the National Library, its collections and services is constrained.

In September, Machinery of Government Changes saw the Library move from the Attorney-General’s portfolio to the Communications and the Arts portfolio. We were delighted to welcome our new Minister, Senator the Hon Mitch Fifield, soon after his appointment as Minister for the Arts on a visit to familiarise himself with the Library’s work. Council was very pleased that the Minister joined its December meeting for an extended discussion and that the Minister returned to the Library, on 5 February, to celebrate Celestial Empire and to host a dinner in the Great Hall of Parliament House to thank exhibition sponsors and supporters.

In December, the Governor-General reappointed the Director-General, Ms Anne-Marie Schwirtlich AM, until 1 March 2017.

Council farewelled the Hon Mary Delahunty, Mr Laurie Ferguson, Dr Nicholas Gruen and, after a three-term tenure and service as Deputy Chair of Council, Ms Deborah Thomas. Council and the Library are indebted to them for their passionate and substantial contribution to our work.

It was my pleasure, in July, to begin my second three-year term as Chair. In May, Council welcomed the appointments of Professor Kent Anderson, Ms Janet Hirst, Mr Doug Snedden and Ms Alice Wong, and the reappointment of Ms Jane Hemstritch. 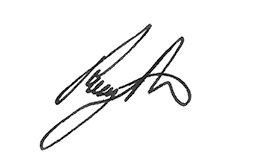