During 2015–16, income, including revenue from government, amounted to $66.054 million and expenses were $75.097 million, resulting in a deficit of $9.043 million. From an income-statement perspective, the Library does not receive appropriation funding for depreciation of the national collection (totalling $11.129 million), which forms part of operating expenses. The Library receives funding for additions to the national collection through a separate Collection Development Acquisition Budget provided through an equity appropriation. During 2015–16, the Library received an equity appropriation totalling $9.679 million.

The Library’s financial statements include budget variance commentary, which identifies material variances between the original budget and the
30 June 2016 results. 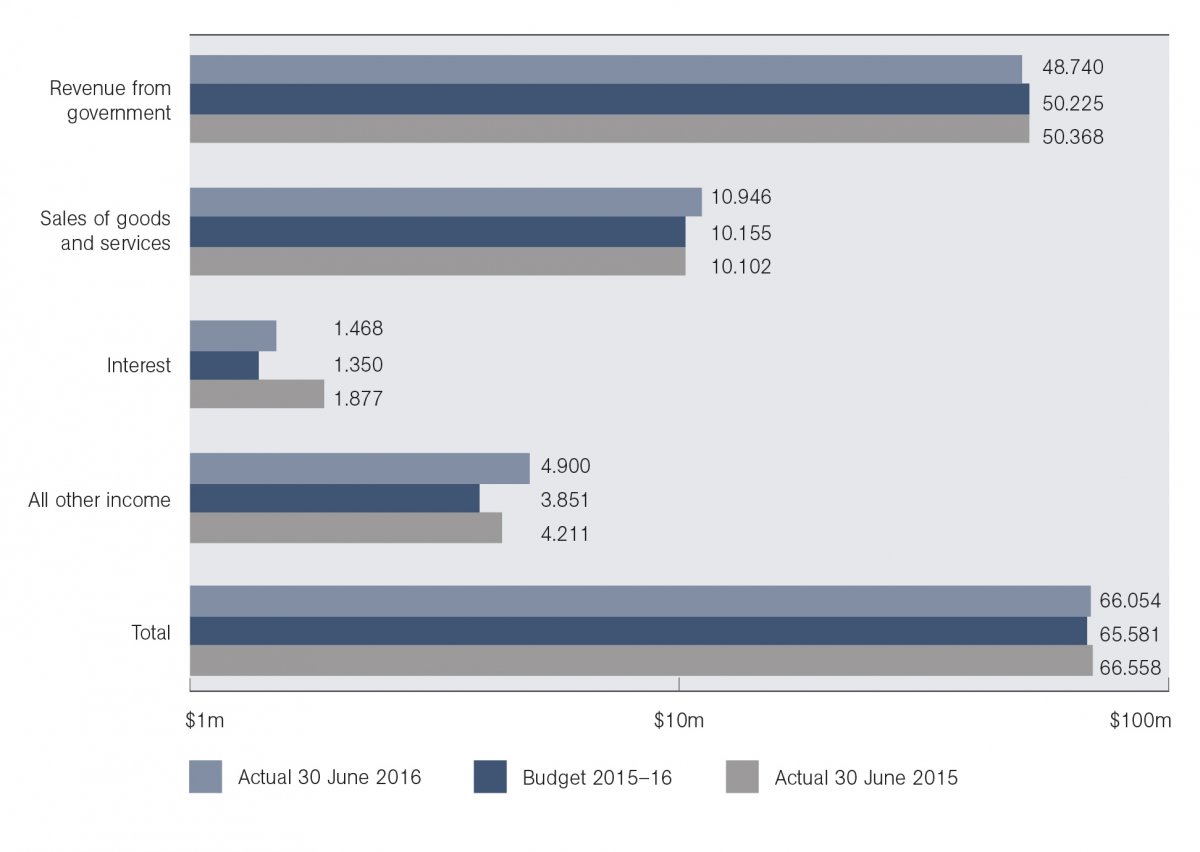 The major variations between financial years relate to increases in the sales of goods and services ($0.844 million), largely due to increases in revenue received from corporate sponsorship ($0.511 million) and the Library Bookshop ($0.204 million), which are related to the Celestial Empire exhibition held during 2015–16, and consultancies ($0.198 million), which are primarily related to the digitisation of collection material for other libraries.

The decline in interest revenue (–$0.409 million) is largely as the result of a general
decline in deposit rates and a decline in the funds available for investment. There was a decrease in government revenue (–$1.628 million) with the majority of the reduction related to the additional 3 per cent savings target (–$1.485 million) introduced as part of the 2015–16 Mid-Year Economic and Fiscal Outlook savings. 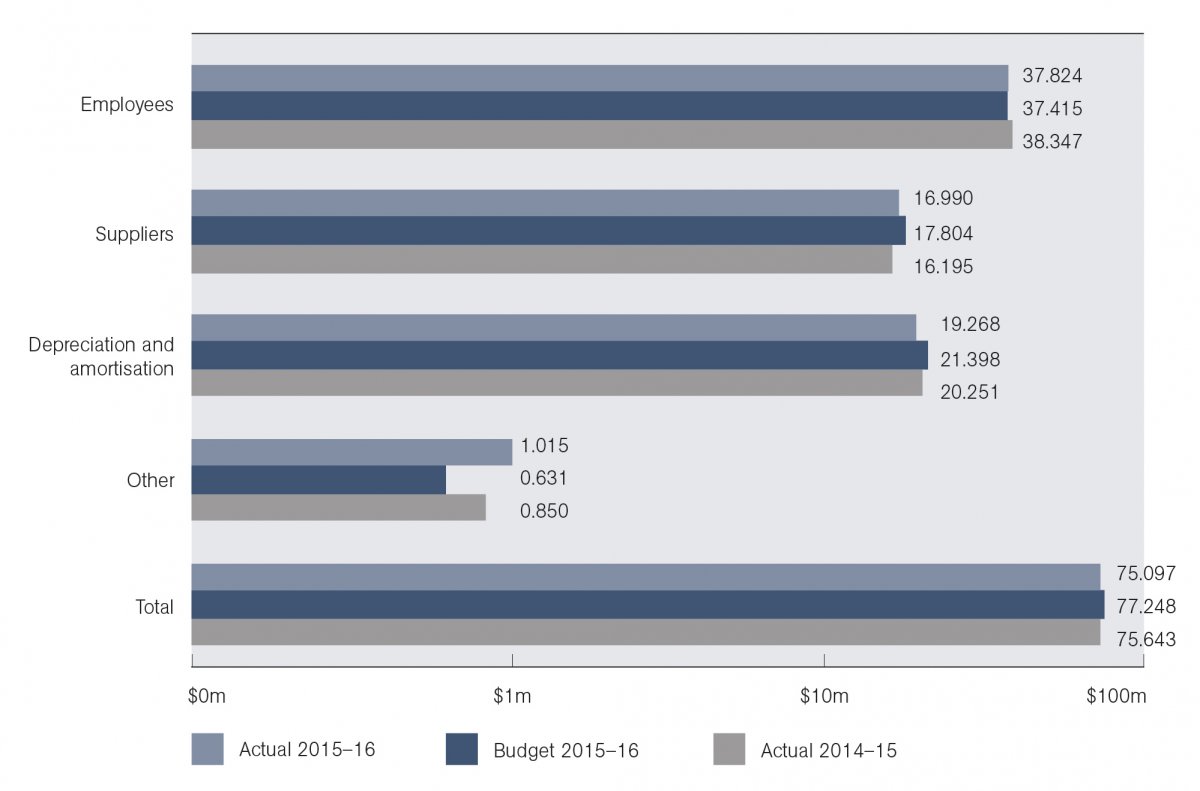 Supplier expenses were higher ($0.795 million) than 2014–15, with the major variations primarily relating to Celestial Empire, and included promotion of Library services ($0.508 million), contractors and consultants ($0.085 million) and cost of goods sold by the Library Bookshop ($0.154 million). Other increases across supplier expenses included increased expenditure on serials ($0.251 million), with the majority of the increase related to the purchase of online subscriptions ($0.174 million) and increased expenditure on software maintenance ($0.121 million). There were also decreases in supplier expenses including power and light (-$0.153 million) as a consequence of tariff reductions and energy efficiency initiatives, and purchase of non-asset furniture and equipment (–$0.076 million) reflecting reading room furniture purchases made in 2014–15. 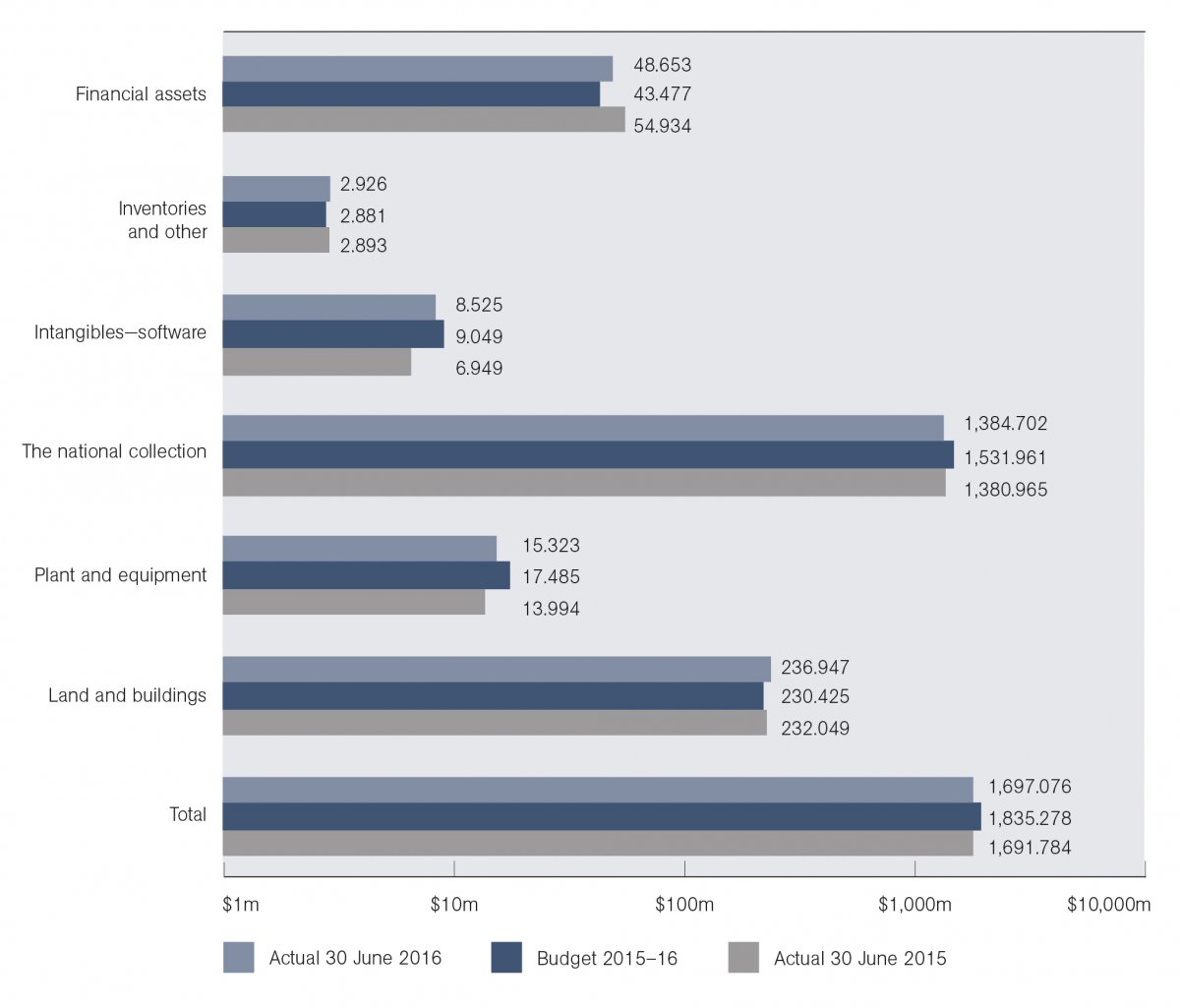 The decline in the value of liabilities is primarily due to a reduction in supplier payables (–$0.701 million) and other payables (–$1.281 million) of which the majority of the variation is due to a reduction in value of accrued salary expenses as at 30 June. These reductions were offset by an increase in the value of employee provisions ($0.552 million), largely due to a decline in the long-term government bond rate, which is used to calculate the present value of long service leave entitlements. 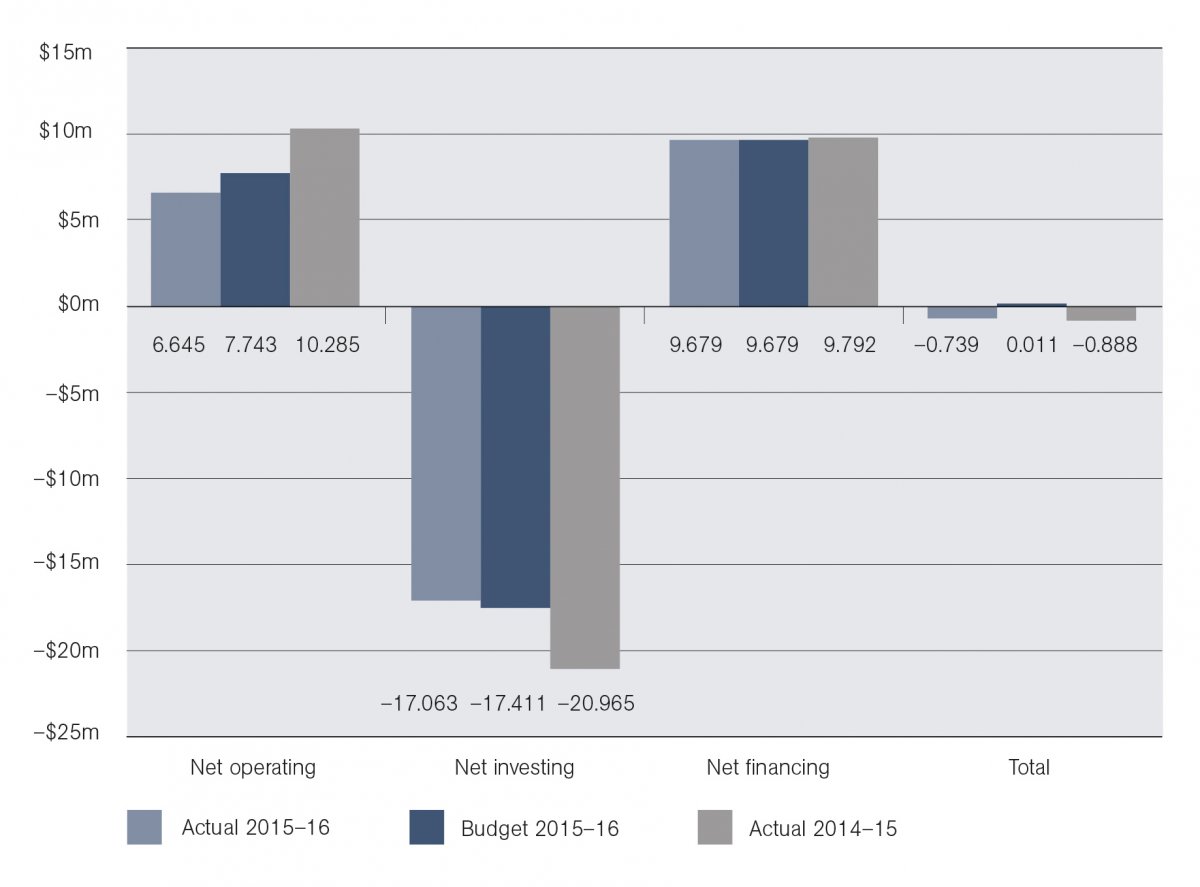 The decrease in net cash from operating activities (–$3.640 million) reflects the previous comments under ‘Operating Income’ and ‘Operating Expenses’. The movement in net cash used by investing activities ($3.902 million) primarily reflects the net movement of funds from investments to cash at bank between years ($4.387 million) and a decrease in the purchase of property, plant, equipment and intangibles (–$0.486 million). There was a minor decrease in net cash from financing activities between financial years (–$0.113 million) as a result of a slight reduction in the Library’s equity injection provided by government to fund collection acquisitions.