This playbill, or poster, advertising a theatrical performance at the ‘Theatre, Sydney’ on 30 July 1796, is the oldest surviving printed document produced in Australia. Discovered in a scrapbook held by the Library and Archives in Canada, it was donated to the people of Australia by the Government of Canada in 2007. It is now a valuable treasure in the collection at the National Library of Australia.

Despite harsh conditions in colonial Australia in 1796, the playbill shows that early European settlers found some leisure hours to attend the theatre. The playbill advertises three productions on one evening: the tragedy Jane Shore, a popular comic dance called The Wapping Landlady, and the absurdist comedy The Miraculous Cure.

The playbill lists the actors performing in each piece. Some of the actors became known for other work they did in the colony. George Hughes (active 1796–1800), for example, was the first Australian printer and he printed the Jane Shore playbill; his name is listed as one of the dancers in The Wapping Landlady.

Hughes printed the playbill on a small wooden press that had come out to Australia with the First Fleet. For the first few years after the arrival of the First Fleet, there was nobody with the skills to use the press. Public notices had to be written out by hand, which was a time-consuming task. Hughes was a convict serving a seven-year sentence for theft. When it was discovered that he had been a printer in England, he was given the job as the colony’s first printer in 1795.

Despite the transient nature of playbills—printed to publicise a particular performance and then thrown away, torn down or papered over—this playbill survived. By way of comparison, between 1795 and 1800 more than 200 government orders were printed but not a single copy has been discovered—the survival of documentary ephemera was highly unlikely during the early years of European settlement in Australia. 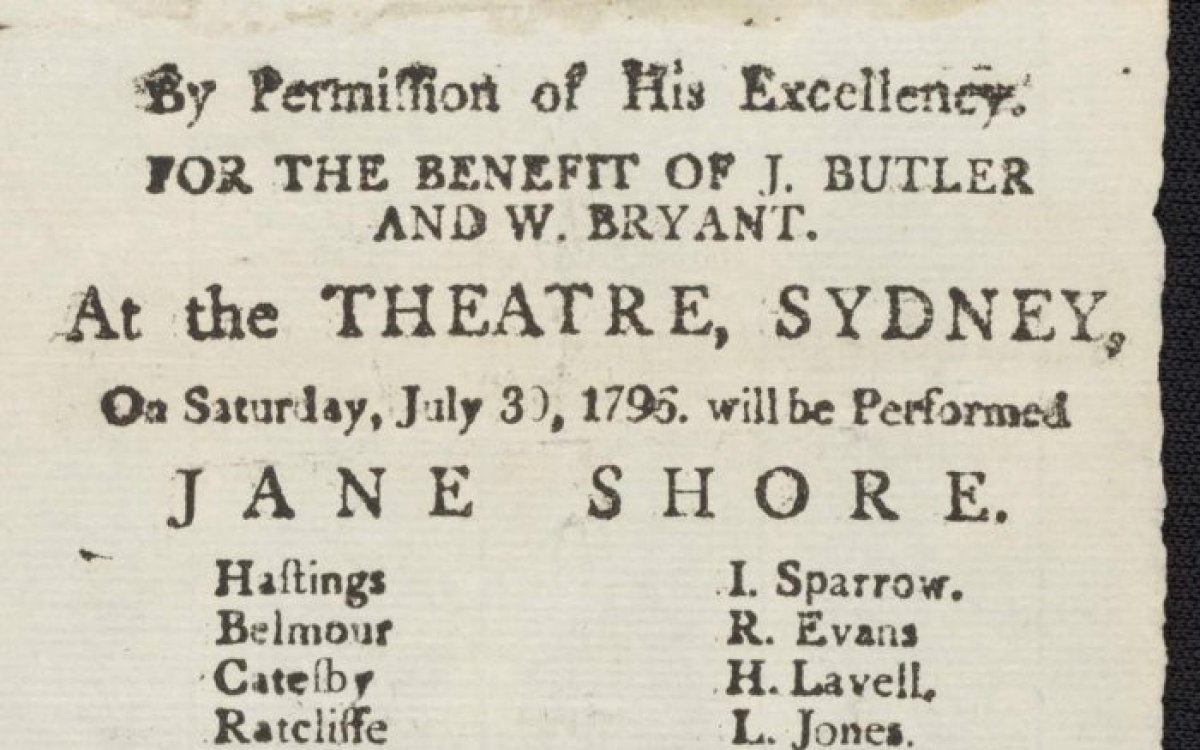 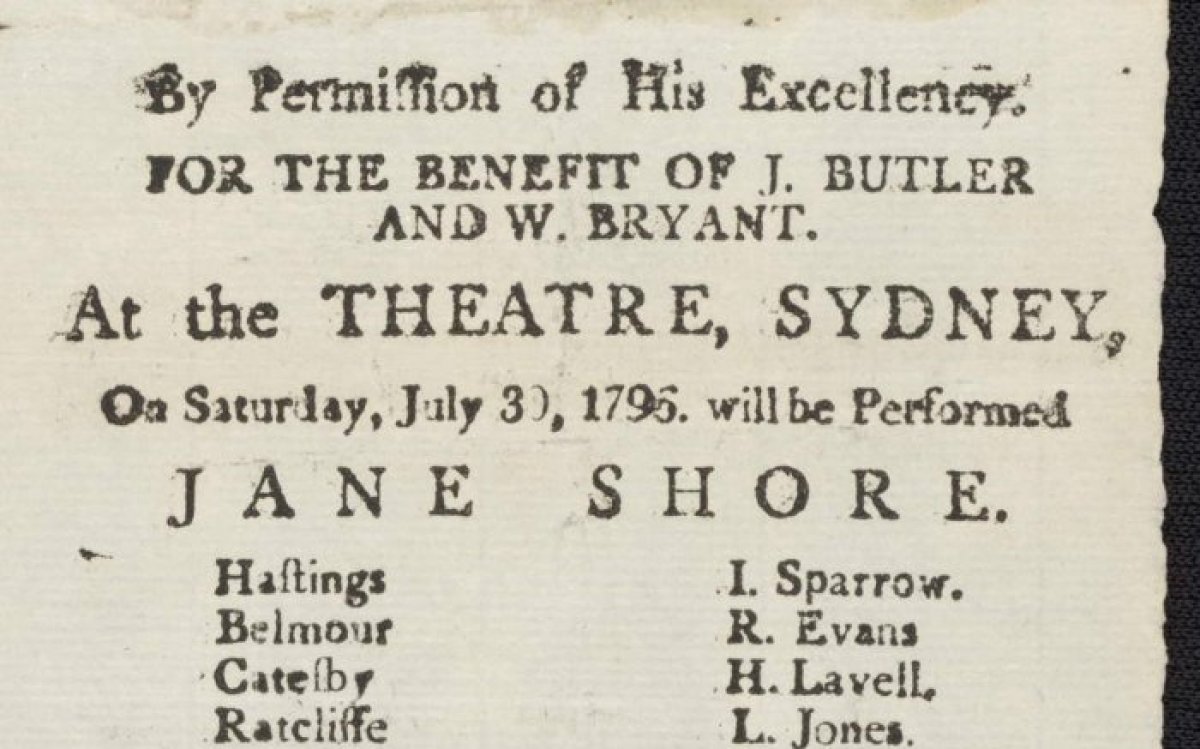 1. Look closely at the playbill. Ask students to try to read what it says. Use the following questions to prompt a class discussion:

2. The actors in the plays that this playbill advertises were mainly convicts. Acting in a play was a more favourable occupation than many other convict roles. Ask your students to investigate other jobs undertaken by convicts in the early days of European settlement in Sydney.

3. Sydney in the 1790s was a young colonial settlement, struggling to feed its non-Indigenous population of 3,000 people and to become economically viable. This playbill indicates that, despite the concerns and worries that plagued the colony in that period, there was still time to socialise and enjoy the arts.

The theatre that this playbill advertised was situated in the area known as The Rocks. Divide your students into groups and ask them to investigate The Rocks. Each group should examine one of the following topics and present their work as a poster for classroom display:

4. Ask students to compare the playbill with a theatre or cinema poster that they have seen recently. (You may need to collect some posters from cafes and theatre foyers on the students’ behalf). Students should redesign the 1796 playbill to attract a contemporary audience to see the same plays and dances.

Other Treasures sources that relate to the concepts explored in this source include: Convict Experiences, First Fleet (Year 4 resource).