Race to the Gold Diggings of Australia is a boxed, children’s board game produced in England around 1855. It is the earliest known board game that has Australia as its theme. Inside a printed wooden box is a brightly coloured game board (a linen-mounted, hand-coloured lithographic sheet), a printed sheet of rules, six ships made of painted metal and painted wood (to be used as counters), two dice, three wooden pegs, and a cardboard teetotum (spinning top).

Manufactured at the height of the Australian gold rushes, the game was a nineteenth-century marketing tool designed to attract much-needed skilled migration to the developing colony.

The game board features an oval track, divided into 80 sections, representing the voyage from England to Australia. In the centre of the track is an illustration of miners at the goldfields. The pictures in the corners of the board show different aspects of the mining experience, including the ultimate goal of all miners—bags of gold.

In the game, players make the journey from Plymouth, in England, to Port Phillip, in Australia. The first player to negotiate the perils of the sea voyage and land safely at Port Phillip is the winner and is rewarded with a trip to the goldfields where he or she finds nuggets the size of footballs. Despite its age, Race to the Gold Diggings is not very different from the games we play today—its goal is to strike it rich as quickly as possible.

Australia was seen by the English middle and lower classes as a land of opportunity for building a new life away from the class structure of the Old World. Far-distant Australia represented a new world, where hard work would be rewarded with land and good wages. Freedom, as much as gold, was the treasure sought by many migrants.

Like the glossy travel brochures and media campaigns produced by Tourism Australia today, Race to the Gold Diggings was a way of selling Australia to the world. 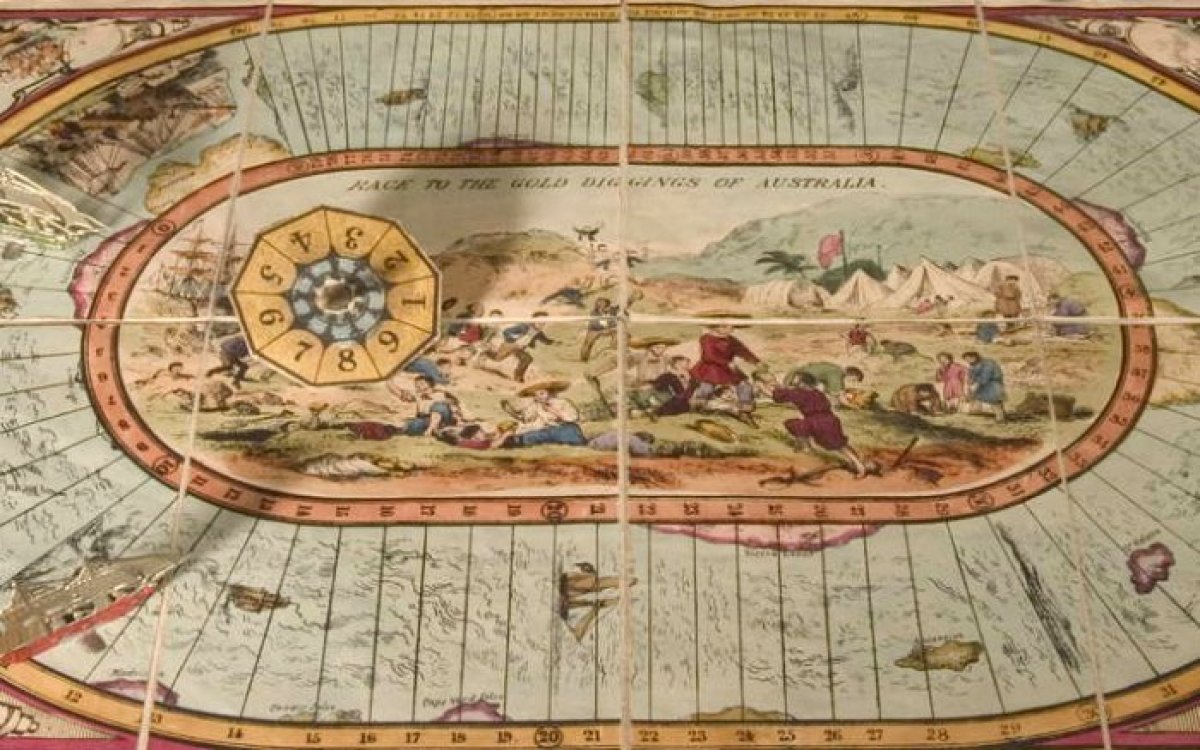 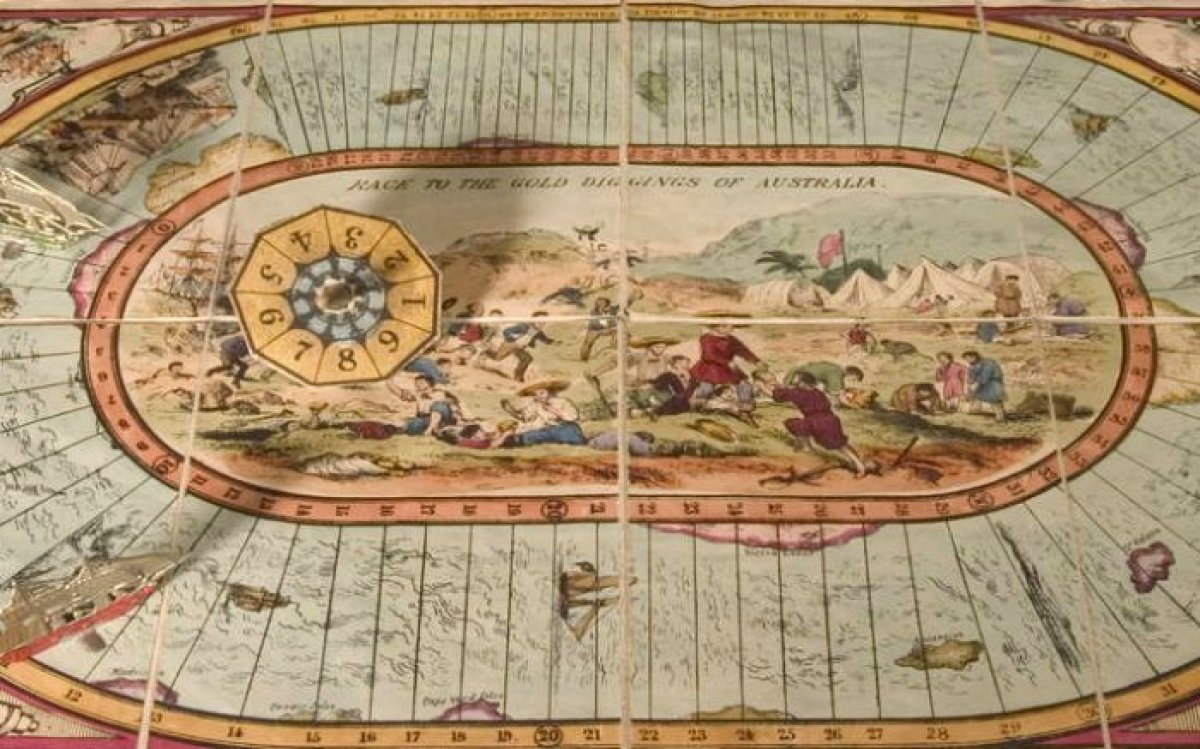 1. Show students a digital image of the board game and show the video about this treasure.

Use the board game and the video to begin a class discussion:

2. Ask students to locate the towns of Bathurst, Ballarat, Clunes and Warrandyte on a map and measure the distance to the nearest ocean. Prompt students to think about what migrants in the 1850s would have brought with them to Australia, and how they might have gone about seeking their fortune in gold or setting themselves up as skilled labourers or business persons.

3. As a class, discuss whether the central image of Race to the Gold Diggings is realistic. Share students’ knowledge of life on the goldfields and discuss whether all experiences were similar to those in the board game’s image.

4. Divide students into pairs or groups to create a board game that promotes Australia as a destination for immigrants today.

5. Ask students to redesign the packaging for Race to the Gold Diggings to reflect Australia’s current ‘resources boom’ period. Students should include changes in clothing, hairstyles and technology.

Other Treasures sources that relate to the concepts explored in this source include: Flag of the Southern Cross and Inland Adventures.