In 1992, a decade-long legal battle over Indigenous land rights came to an end. At the final hearing in the case of Mabo and Others v Queensland (No 2) (1992), the full bench of the High Court of Australia recognised the prior claim of Indigenous Australians to the land that was claimed for England in the eighteenth century. One of the key figures in the Mabo case was Edward Koiki Mabo (1936–1992) of Mer (Murray) Island in the Torres Strait. Mabo had inherited land on Mer from his uncle. He later realised that the land could not belong to him because, after colonisation, it had been made ‘crown land’ and it therefore belonged to the State. Recognising this as profoundly unjust, Mabo and others from the Torres Strait sought to claim their right to their ancestral lands by taking their case to court.

The Papers of Edward Koiki Mabo were purchased by the National Library of Australia from his widow, Bonita Mabo. The papers document many of the events and occupations of Mabo’s life, including involvement in family businesses and employment-creation ventures; his establishment of the Black Community School in Townsville (the first institution of its kind in Australia); his interest and involvement in Indigenous arts, health, housing and education; and his support for Torres Strait Islander independence and self-determination.

In 2001, the Mabo Case Manuscripts were inscribed on the UNESCO Memory of the World Register along with James Cook’s Endeavour journal. The papers of Edward Koiki Mabo, the leading plaintiff in the land rights case, and those of his lawyer, Bryan Keon Cohen, were noted as documenting ‘an extremely rare instance in world history of pre-existing tribal law being formally recognised as superior to fundamental law of the “invading” culture, regardless of the economic and political implications’. 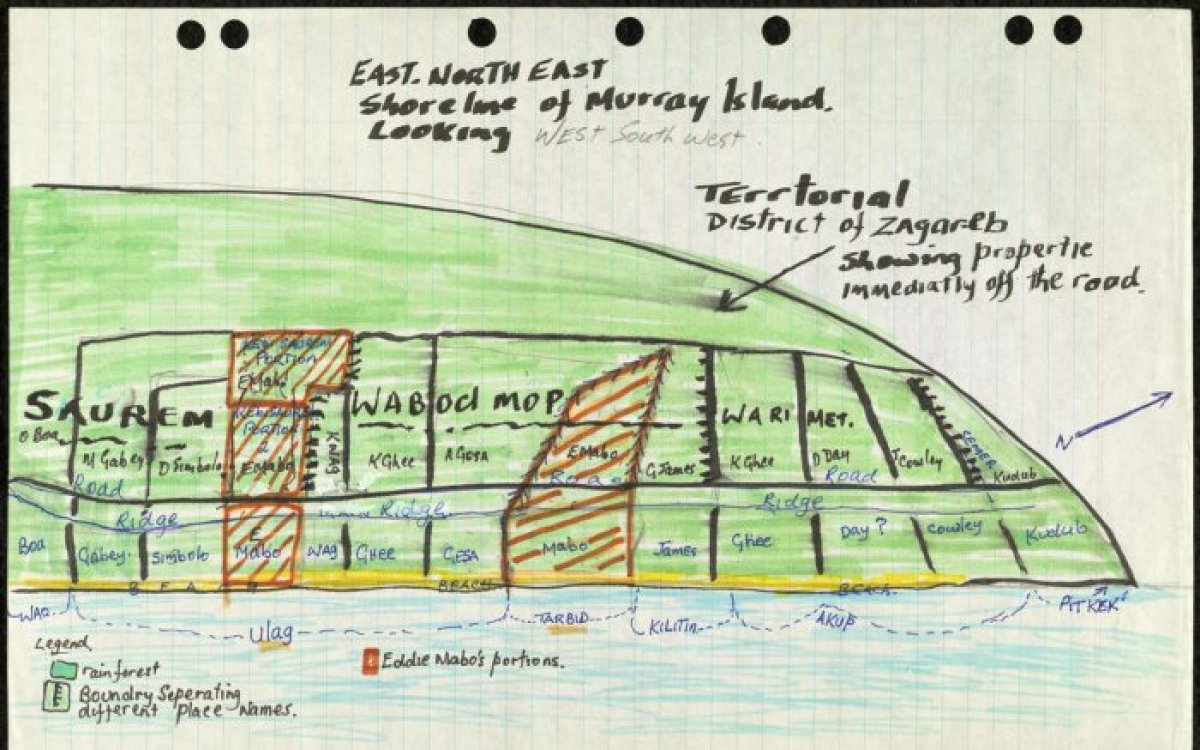 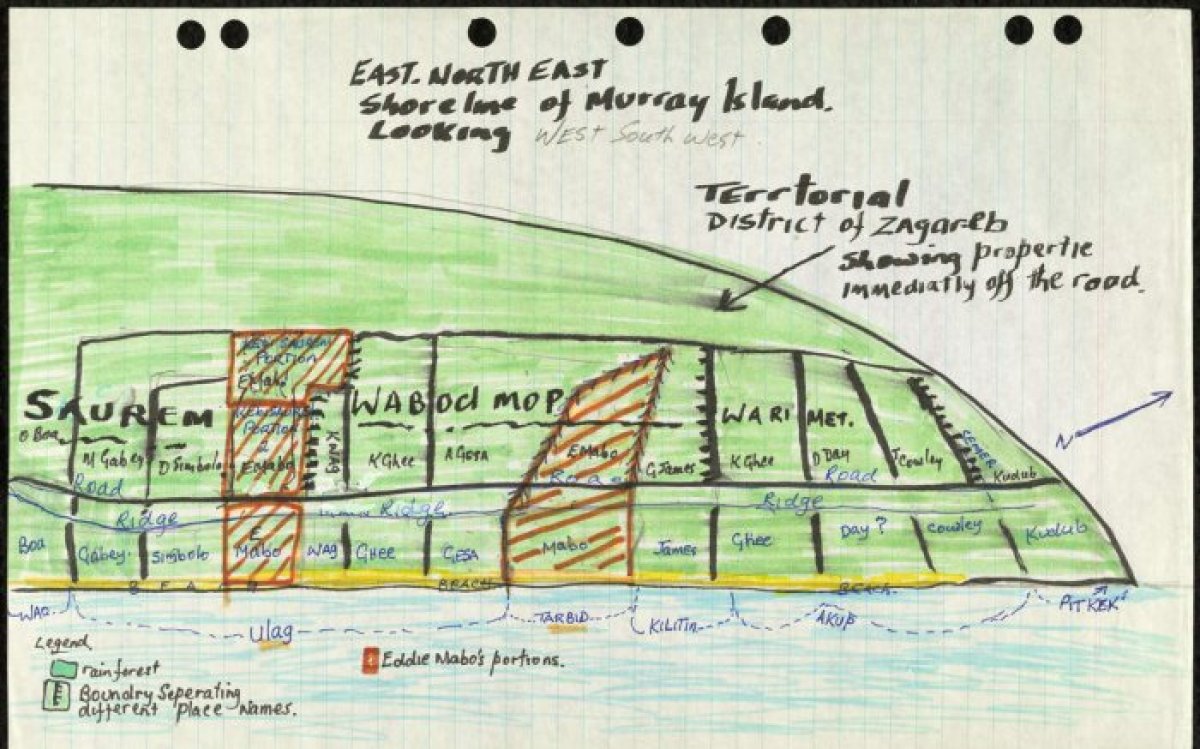 1. Show students the map of Mer created by Mabo. Ask students how they know who owns the land in their neighbourhood? Generate further questions to relate Mabo’s map to the defining of ownership boundaries today.

2. Tell your students that they will be researching a significant event in Australian history. In groups of four, each group member will find the answer to one component of the story.

Divide the students into groups. Teams should allocate one of the following areas of research to each person in their group:

When the research is complete, students should share their findings with the other members of their group.

3. As a class, compile a list of fundamental human rights. Students should compare the class list with the United Nations Declaration of Human Rights to find the similarities and differences.

4. Ask students to investigate the response of the media to the Mabo judgement. As a class, draw up a table dividing the media outlets into those who were for, neutral and against the findings.

5. Ask students to draft a map of either their school or their home. Students should draw a final version of the map on A3 paper and include a scale and key.