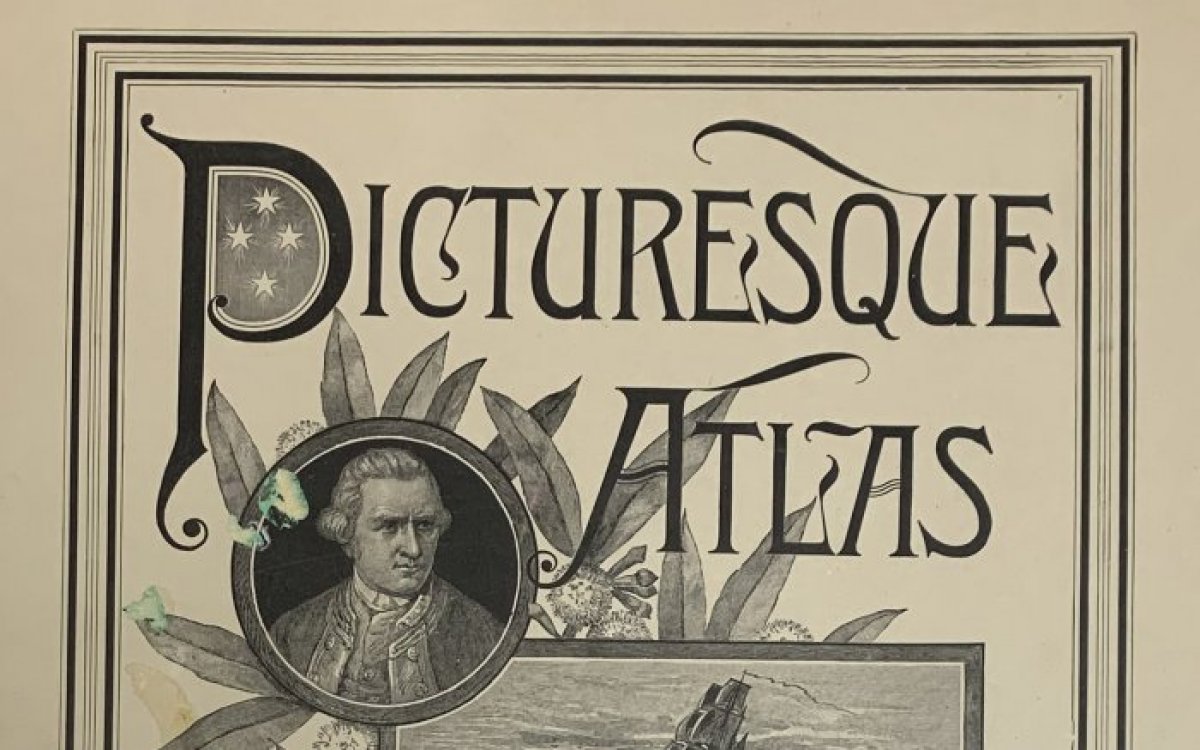 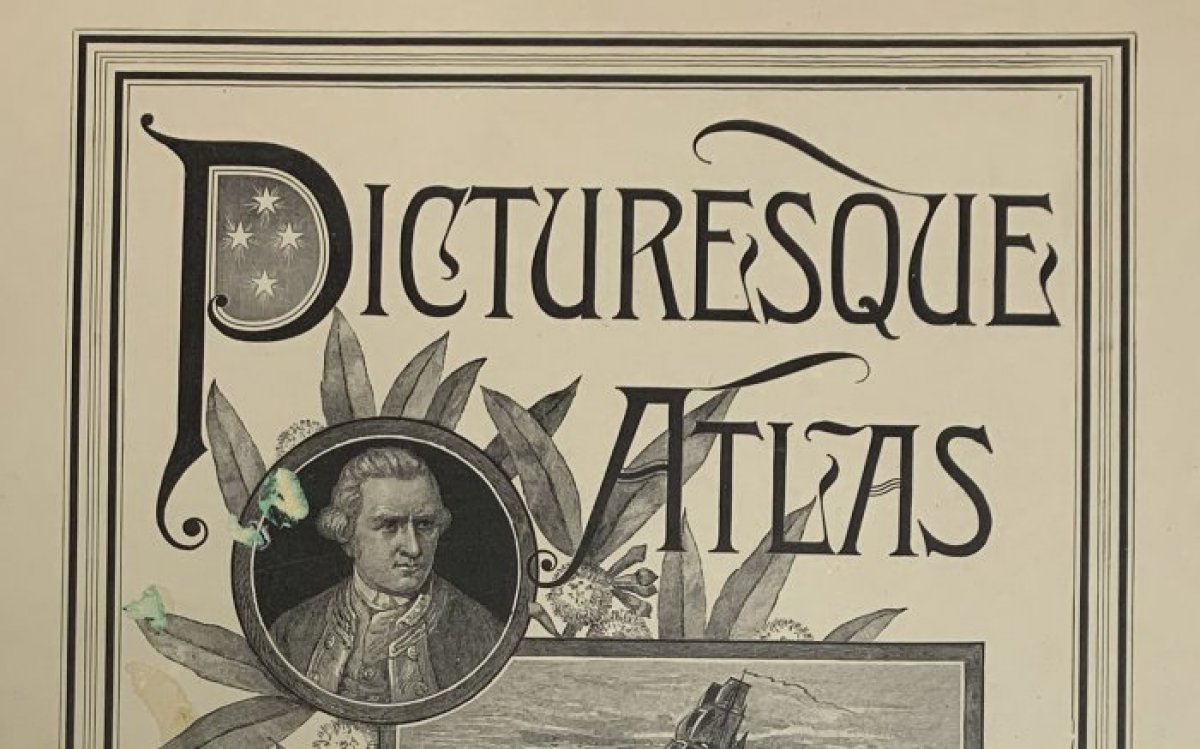 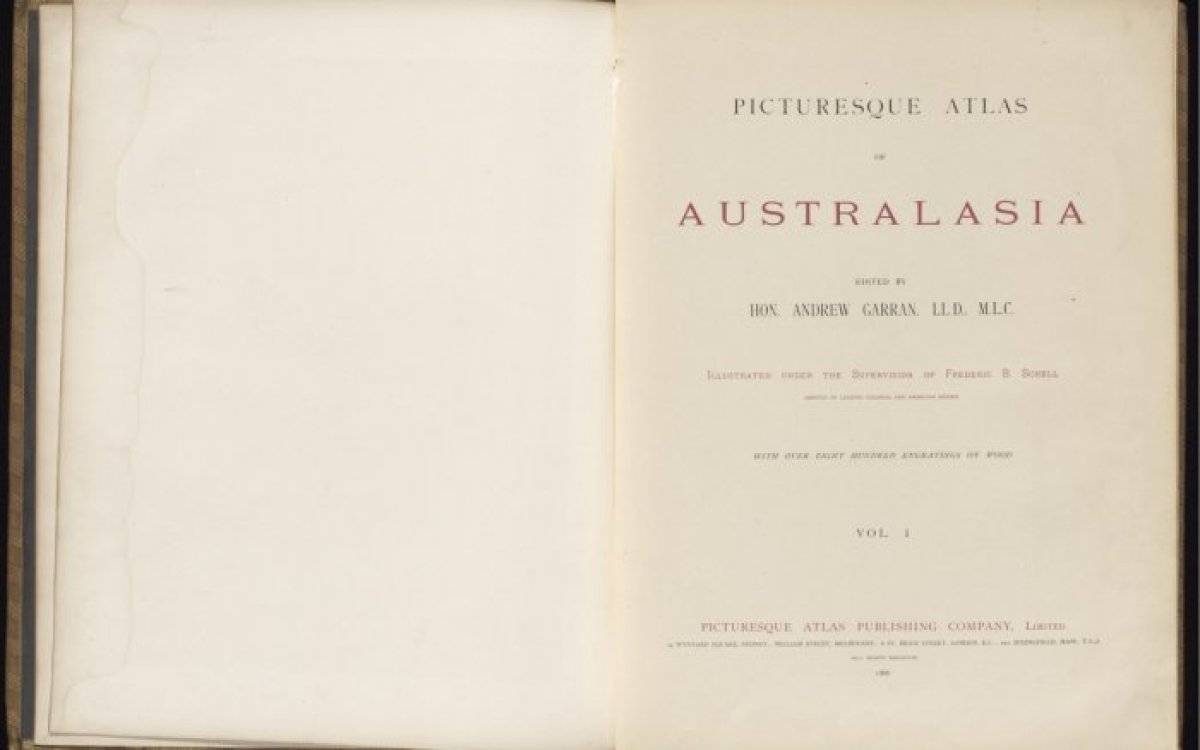 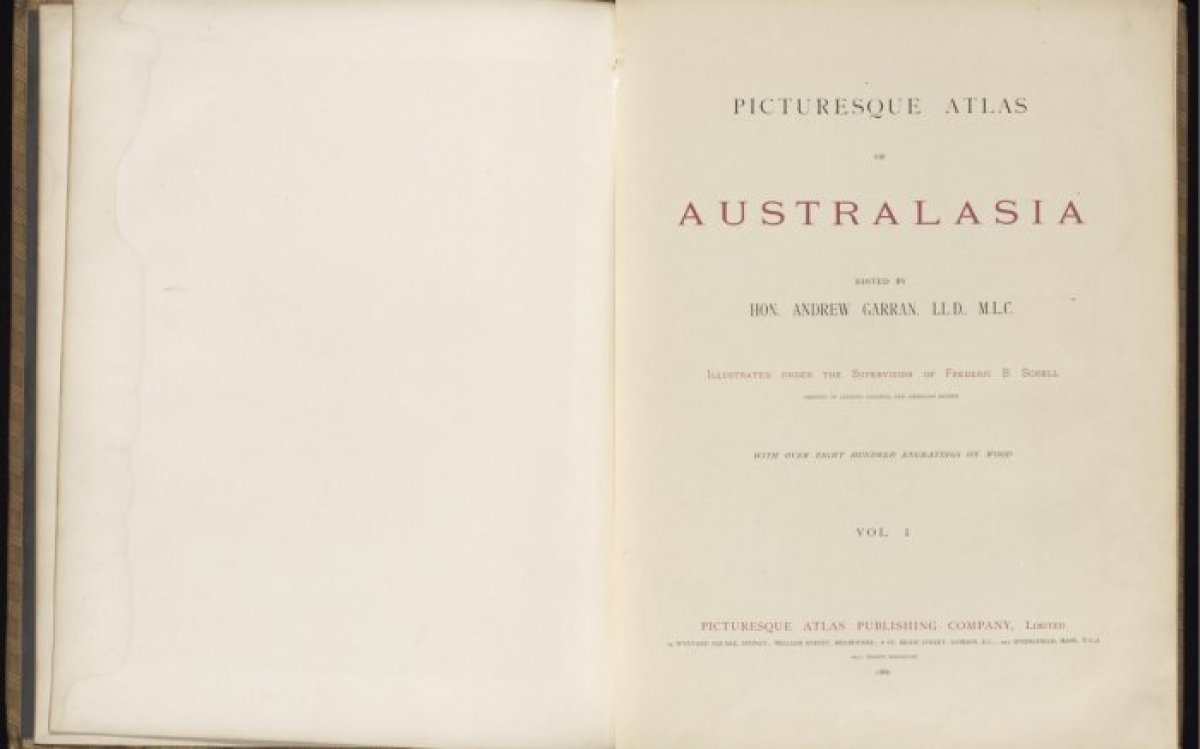 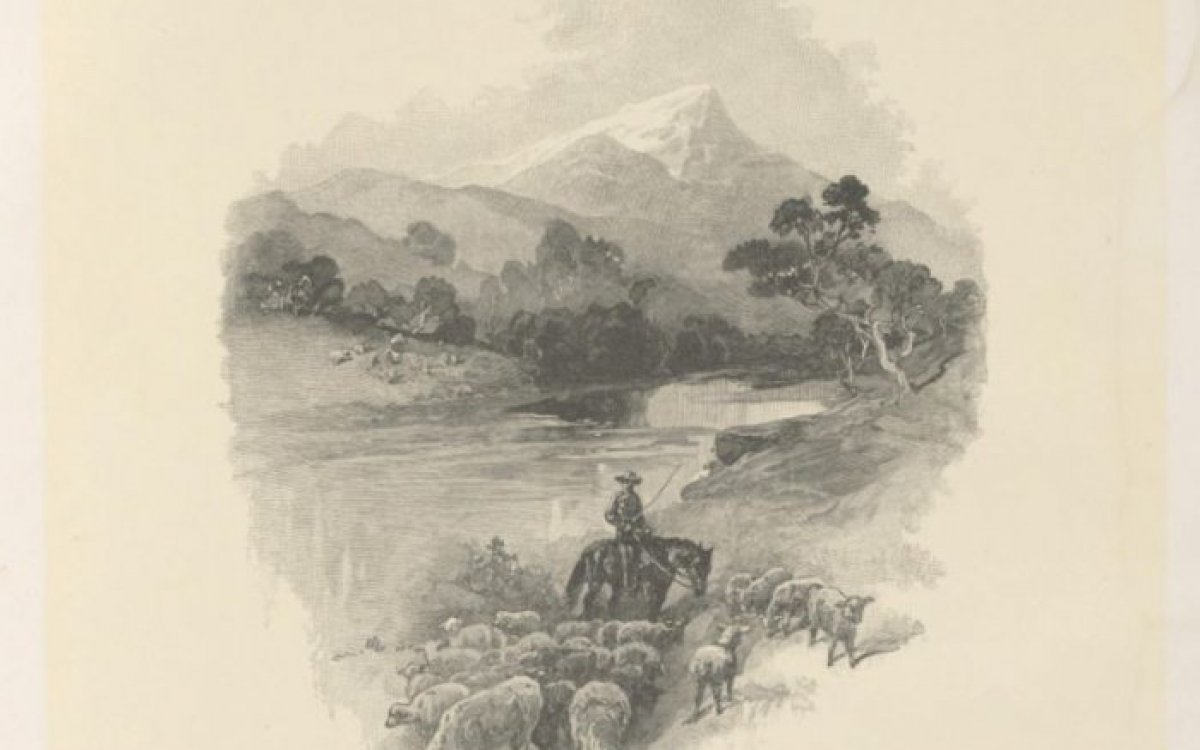 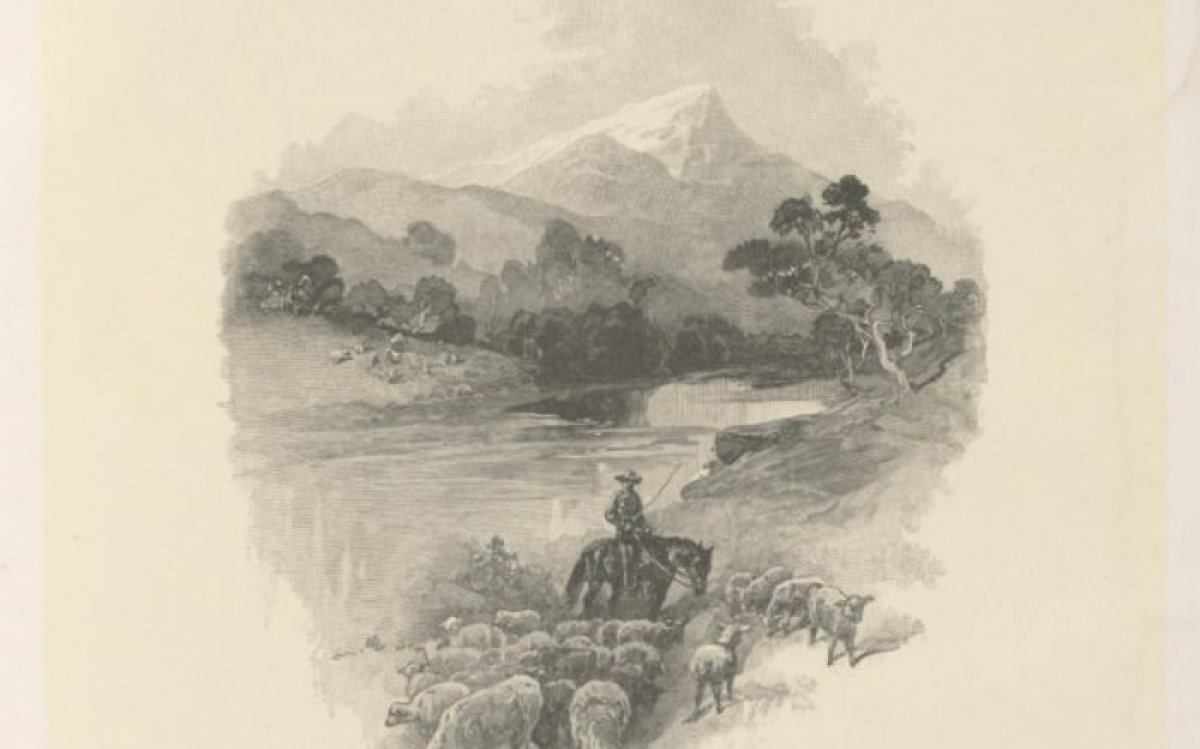 These activities aim to facilitate a shared understanding of the themes and concepts relevant to Visual Arts for the learning levels this resource supports. They are designed to get students thinking in broad terms about art in nineteenth-century Australia before exploring National Library collection material in each of the themes.

Long before high-quality photography and fast internet allowed us immediate and vivid insight into places around the corner and around the world, people relied on artwork in illustrated newspapers and books to get a sense of what was beyond their doorstep.

Published between 1886 and 1889, The Picturesque Atlas of Australasia set out to imagine ‘our country as it was and as it is’. Through its text, maps, and, above all, its 800 steel- and wood-engraved illustrations, the Atlas enshrined a settler-colonial view of white Australia’s history, achievements and prospects, which was to have a profound impact on the subsequent evolution of Australian art and national identity.

Get students thinking about how and where people actually saw art of all types in nineteenth-century Australia. How connected were Australian artists with international art movements at the time?

Conduct a broad discussion about the developments in technological processes for reproducing images in print. How did this change the way people engaged with artworks?

Released in 42 supplements between 1886 and 1889, the Atlas attracted more than 50,000 subscribers willing to pay a total of ten guineas ($1200 in current prices) by instalments. Their reward was an exceptional publication.

The Atlas introduced Australians to American innovations in marketing. Its ‘canvassers’ promised subscribers exceptional art celebrating their colony and continent, only costing five shillings on the arrival of each new supplement. This eventually led to many court battles and a parliamentary inquiry into the Atlas’s sales tactics.

With the class, examine examples of the different ways artists have made a living throughout history. You might like to focus on patronage, workshops and guilds, academies, the open market, publishing, government grants, etc.

How have the circumstances of artists’ employment influenced their output? Consider subjects, materials, time frames, size and scope of works.

Conduct a class discussion examining the differences between artworkers and artists.

Lavishly illustrated travel books had been popular long before the release of The Picturesque Atlas of Australasia. There are also examples of the kind of ‘high-end’ picturesque books that preceded the Atlas in Europe, and the settler-colonial nations of America and Canada.

‘Picturesque’ is an aesthetic concept concerned with the relationship between nature and architecture in the landscape. Coined by William Gilpin in Britain in the late eighteenth century, the movement was a way of ascribing particular ideals of beauty to a scene.

Have students work in groups to devise a table for categorising the features of a picturesque scene. What is considered picturesque? What is not?