Australia is the driest populated continent on the planet and yet it is covered with evidence of water: rivers, creeks, washes and wetlands. The paradox is due in large part to the ephemeral nature of the water. The continent is a land of drought and flood.

People have adapted to these various ecologies over millennia. The First Australians survived in both the driest and wettest of places, living with plenty and scarcity. Europeans brought with them a different mindset, one formed over thousands of years in the northern hemisphere. They sought to shape the environment to serve their existing cultural, social and economic ideas and support a growing population. Dams, reservoirs, tunnels and pumps are evidence of that. 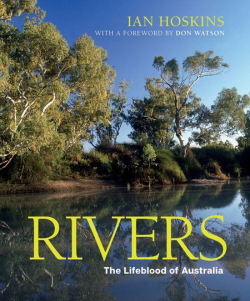 In this broad-ranging survey of ten Australian waterways and river systems, Ian Hoskins presents a history of our complex connections to water.