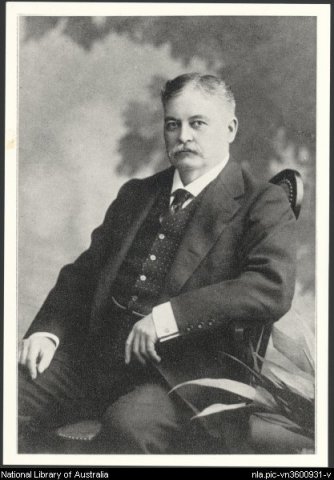 Known as "The Firm", J.C. Williamson Ltd was for nearly a century the dominant theatrical agency in Australia, owning and leasing many theatres, and touring a succession of notable actors, singers and dancers. Founded in 1879 by the actor-manager, James Cassius Williamson (1845-1913), the company obtained the rights to present H.M.S. Pinafore and then other Gilbert and Sullivan operas in Australia, and Williamson formed his Royal Comic Opera Company.

In 1881 Williamson leased the Theatre Royal in Sydney, and entered into a partnership with Arthur Garner and George Musgrove, expanding to own more theatres and tour famous actors including Sarah Bernhardt, H.B. Irving and (Dame) Nellie Melba. The company became well known for spectacular, large-scale productions. After 1907 Williamson moved to Europe and, his old partners having left, he hired capable managers and changed the theatre company's name to J.C. Williamson Ltd.

Williamson died in 1913, but he left a strong theatrical empire that became the largest theatrical firm in the world with extensive film and property holdings until its closure in 1976.

The company continued to produce seasons of Gilbert and Sullivan operas, operetta, musical comedy, straight plays, pantomimes and occasional musical revues, and later grand opera, ballet seasons, as well as concert tours by visiting celebrity singers and musicians at the many theatres that it owned or leased throughout Australia and New Zealand.

The Library's J.C. Williamson performing arts programs and ephemera is arranged in four sequences according to the type of production, and finding aids are available for each:

Material from the PROMPT collection is available for use through the Special Collections Reading Room. To use the collection, readers should submit an eCallslip from each of the corresponding J.C. Williamson catalogue records - and see also the J.C. Williamson magazines.