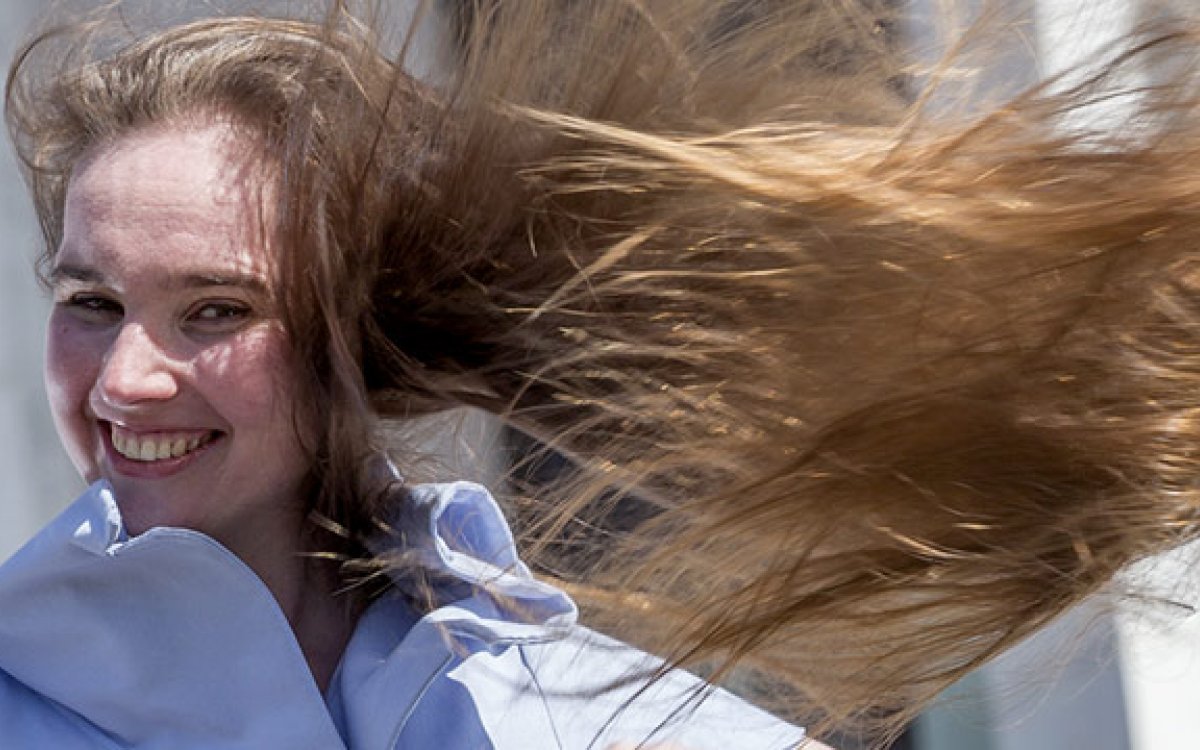 Cataloguer at the National Library of Australia in Canberra, Nicolette Suttor, is raising money for a cause close to her heart, cancer research – and she wants to do it via a method close to her head – her hair.

‘She told me my head was not symmetrical,’ she said. ‘That really put me off so I haven’t been to a hairdresser since.’

With her hair now reaching her knees, Nicolette has signed up for the 2015 World’s Greatest Shave for the Leukaemia Foundation – and instead of dreading the day, she’s counting down the sleeps. She even knows what she’s going to look like with a shaved head.

‘My identical twin sister Camille Mosely did Shave for a Cure in New Zealand in 2013,’ Nicolette said. ‘So I have a pretty good idea what I’m going to look like. She raised $3000 – but I certainly hope to beat her on that.’

For Nicolette, raising money for cancer research is a very personal cause. Not only did her cousin die before his 19th birthday from leukaemia, but Nicolette herself was diagnosed with a life-threatening illness in 2004 where she was deemed inoperable. She has since received new treatment which has helped improve her quality of life.

‘I was very lucky to survive’, she said. ‘So this is why I want to shave for a cure for cancer. Next year, in March when I shave my hair, I will also have just celebrated my 30th birthday on 22 February – so I will certainly be celebrating being alive.’

Nicolette has been working at the National Library of Australia in Canberra since February, 2013. She works part-time because of her health.

‘I came as a graduate completely untrained in library work, and I’m now working on my Masters, one subject at a time.’

Support Nicolette in the World’s Greatest Shave on her fund-raising site.