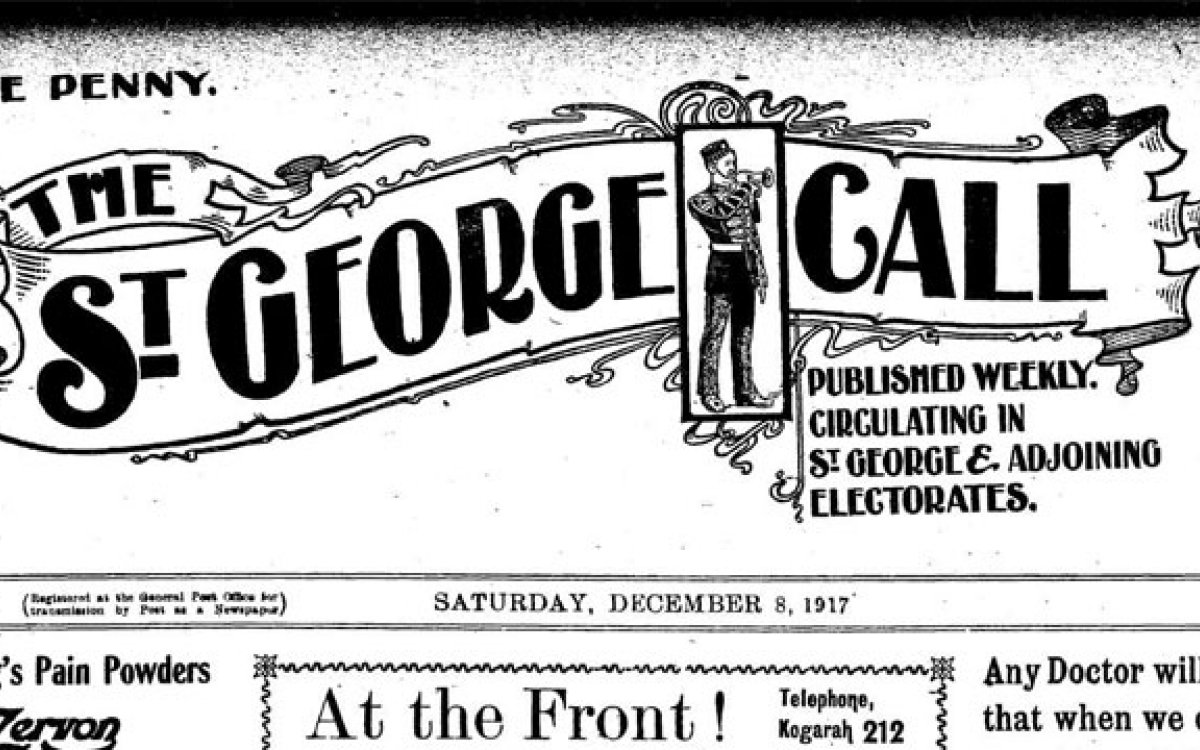 The National Library of Australia now has the largest freely available collection of digitised newspapers in the world with the 15-millionth page going online today on the award-winning website Trove.

The 15-millionth page boasts the headline For King and Country. It appeared on the Saturday December 8, 1917 edition of The St George Call at a cost of one penny. The newspaper was published weekly in Sydney’s Kogarah district from 1914 to 1924.

‘We launched the Australian Newspaper Digitisation Project in 2008 with National and State Libraries Australasia (NSLA),’ Director-General of the National Library of Australia, Ms Anne-Marie Schwirtlich said. ‘It provides free access to text-searchable digitised Australian newspapers. The first digitised papers went online the following year and then became available through Trove. The fact we have just hit 15 million is an outstanding achievement.’

Ms Schwirtlich said for some people, reading old newspapers online could be life-changing.

‘Digitised newspapers are the ultimate in a first-hand resource,’ she said. ‘It might be a birth notice, a wartime casualty list, or even a reassuring ad from the local pharmacist on the front page of The St George Call, saying: ‘Any doctor will tell you that when we dispense your Prescription, it is done correctly.’

Ms Schwirtlich said more than 127 million newspaper pages had been viewed so far this year through Trove, with more than 11 million views in October alone.

‘Newspapers are by far the most popular content in Trove, accounting for around 80% of total visits.’

Ms Schwirtlich said Trove could not achieve such great results, and provide the free service to the 22 million people who use it annually, without the help of its supporters.

‘I would like to encourage everyone to help us continue this great work by supporting our newspaper digitisation project and help transform lives by donating to Trove here.'