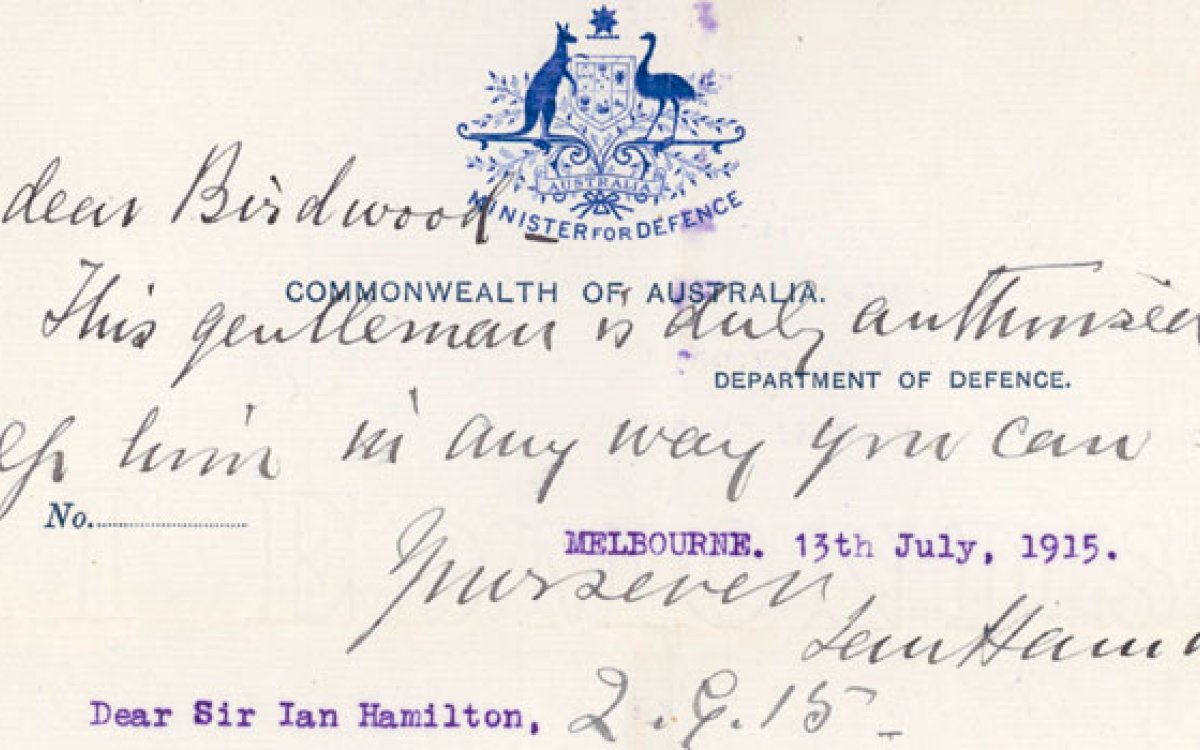 One of the National Library of Australia’s greatest treasures, the 8000-word Gallipoli Letter, written by Keith Murdoch to Prime Minister Andrew Fisher, was today inscribed on the UNESCO Memory of the World Australian Register.

Murdoch, a journalist, wrote the letter on 23 September, 1915, after a brief visit to Gallipoli. A frank report of a catastrophic campaign and a place of national sacrifice, it played a major role in the withdrawal of the troops thus ending the campaign which, in just eight months, had led to the loss of more than 8,700 young Australian lives.

The letter is the copy retained by Keith Murdoch after it was cabled to Prime Minister Fisher. It was   given to the National Library in 1970 by his son, Rupert Murdoch.

Director-General of the National Library of Australia, Ms Anne-Marie Schwirtlich, said she was proud that the Gallipoli Letter had been recognised by UNESCO.

‘Although the Gallipoli Letter was intended as a private report from a trusted friend to the Australian Prime Minister of the time, it became the first, uncensored public statement by an Australian which reflected the terrible truth of the Gallipoli campaign,’ Ms Schwirtlich said.

‘Keith Murdoch’s letter helped create the notion of Gallipoli as the place of sacrifice and legend that persists today. It shows that, in his opinion, the Gallipoli campaign could not be won even though the ANZAC troops were ‘determined and dauntless men’.

As an eyewitness account by a young journalist observing  and hearing about the horrors of modern warfare for the first time, the letter’s impact was profound. It led to greater inclusion of the Australian Government in decisions affecting Australian troops under British command.

UNESCO’s Memory of the World Register was founded in 2000. Its aim is to identify documents of significance and ensure they remain in the international memory. James Cook’s Endeavour Journal and the papers of Edward Koiki Mabo, both treasures of the National Library, have previously been inscribed on UNESCO’s International Memory of the World Register.

The Gallipoli Letter, Endeavour Journal and the Mabo papers are on show in the National Library’s Treasures Gallery.

High-res images of the Gallipoli Letter are available here