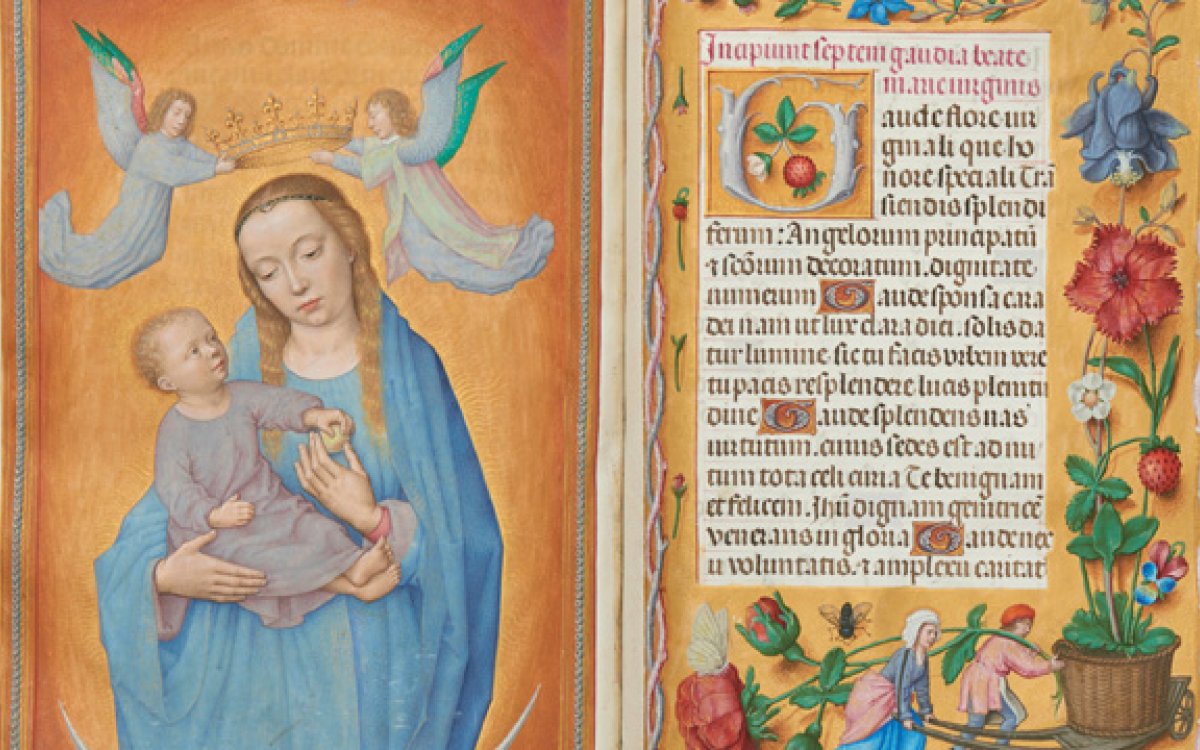 The Rothschild Prayer Book, one of history’s greatest hidden manuscripts, will go on public exhibition for the first time in the Southern Hemisphere at the National Library of Australia in Canberra from 22 May.

A celebrated masterpiece of Renaissance art, the lavishly illuminated manuscript was bought last year at auction in New York by Australian businessman Mr Kerry Stokes, AC, for $A15.5 million – making it the world's most expensive book sold at auction at the time.

Mr Stokes has generously lent the Prayer Book to the National Library so it can go on show in Revealing the Rothschild Prayer Book 1505-1510 from the Kerry Stokes Collection, for everyone to see. It will be placed in a temperature-controlled, state-of-the-art bespoke showcase in the Library’s Treasures Gallery for a strictly limited time.

Chair of the National Library of Australia Council, Mr Ryan Stokes, said "we are very excited to exhibit to the public this unique and important medieval manuscript.  The history of this wonderful book could tell its own fascinating story, which includes the 300 year period it was thought to be lost, acquired by the Rothschild banking family, being looted by the Nazis and hidden away for almost half a century.  What makes this book so special are the exquisite hand drawn images and perfectly preserved pages, they present its true beauty and significance".

The Rothschild Prayer Book, a book of hours created for private devotion, features 67 full-page miniature paintings, each a masterpiece in itself.  It includes splendid portraits of popular saints as well as gold borders strewn with flowers and insects depicting everyday scenes of the time.

Revealing the Rothschild Prayer Book 1505-1510 from the Kerry Stokes Collection will be on display in the National Library’s Treasures Gallery from 22 May to 9 August 2015. Admission will be free.

High-res images of the Rothschild Prayer Book are available on our Media Kit site at https://www.nla.gov.au/news/media-kits