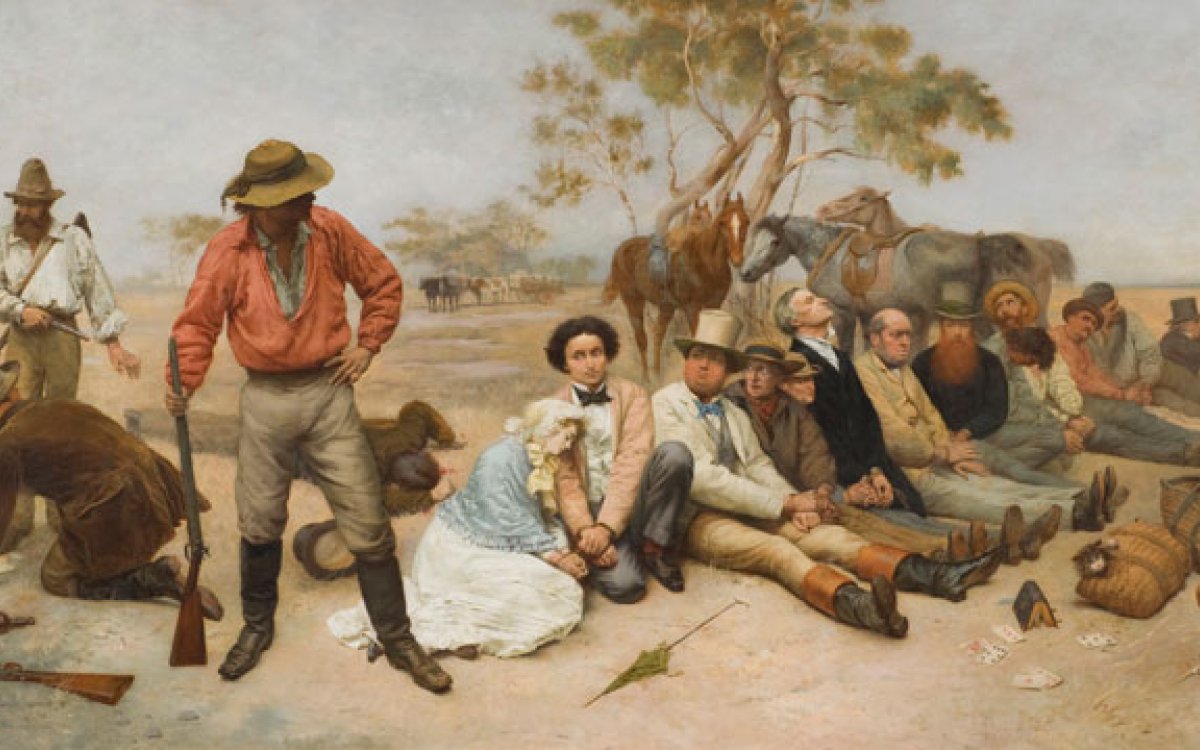 Two of Australia’s greatest history paintings, William Strutt’s Black Thursday and Bushrangers, are now on show at the National Library of Australia—together for the first time.

The new exhibition, Heroes and Villains: Strutt’s Australia brings together these two iconic artworks with other paintings by the English artist from the National Library’s collection, alongside Strutt works held by other galleries and libraries.

Curator Matthew Jones said the exhibition shows how an artist like Strutt, whose story, many believed, was one of thwarted artistic ambition, can now be seen in a fresh light.

‘Strutt’s contribution to Australian art has recently been reassessed,’ Mr Jones said. ‘His ability to draw the human figure and execute a large and complex composition sets him apart from other artists working in Australia in the mid-nineteenth century.

‘His images emphasise the dangers of colonial life, from getting lost in the bush to bushranger bail-ups and bushfires.’

The exhibition also takes visitors behind-the-scenes to show how a masterpiece is created, from crayon to oil.

Strutt’s preparatory work, including his sketches, watercolours and prints for Bushrangers Victoria, Australia 1852 and Black Thursday, February 6, 1851 are on show together.

‘This is designed to show the remarkable, yet rarely seen process of how an artist goes from early drafts of work through to the complete picture,’ Mr Jones said.

Heroes and Villains: Strutt’s Australia. Open daily at the National Library of Australia, Canberra. From 11 August 2015 to 15 November 2015. Free exhibition.