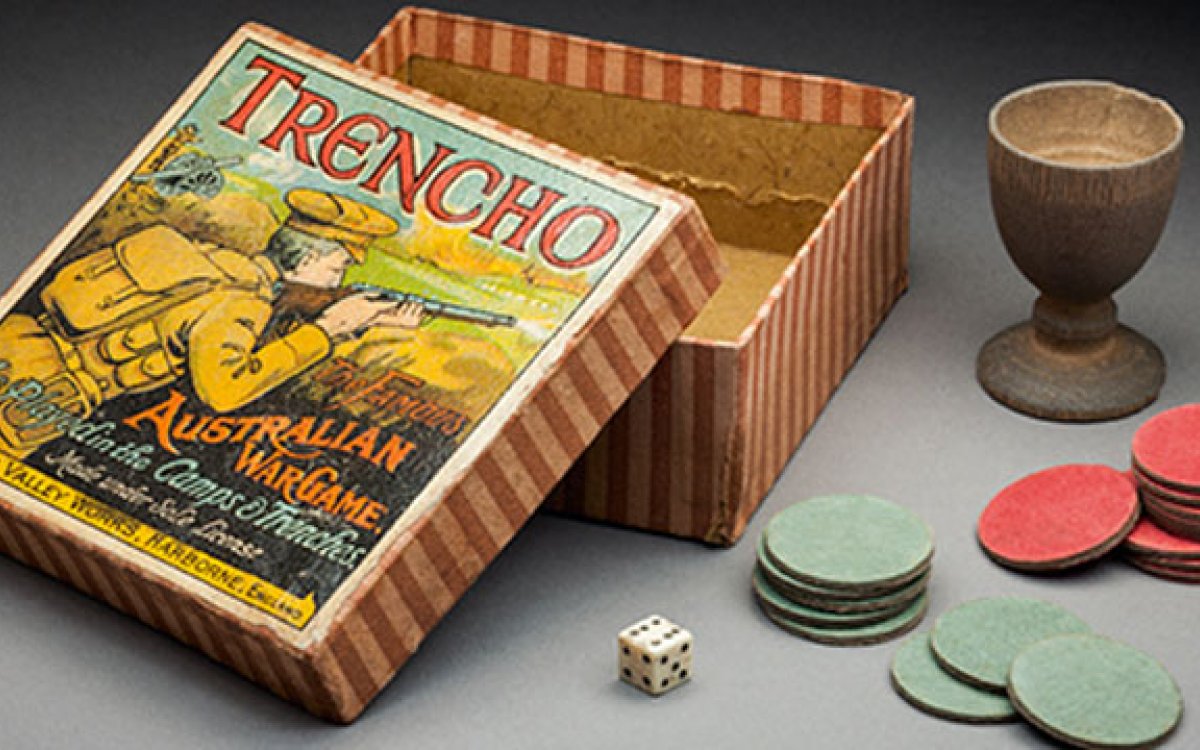 Jason McCarthy, 'Trencho' board game from the collection of the National Museum of Australia

From the works of Norman Lindsay to historic Beaconsfield gold mine artefacts to more than 1,100 Cretaceous-age marine fossils and works by Hermannsburg school painters—these are just some of the collections to benefit from the 2015 Community Heritage Awards.

The CHG program, which is managed by the National Library of Australia, provides grants of up to $15,000 to community organisations such as libraries, archives, museums, Indigenous and multicultural groups, genealogical and historical societies from inner cities to the most remote parts of Australia. The grants are designed to assist with the preservation and improved access to locally owned but nationally significant collections.

Director-General of the National Library, Anne-Marie Schwirtlich, said in this year’s round, applications were received from 153 organisations around Australia. Of these, 75 were offered grants totalling $438,710.

‘We were delighted to see such a diverse range of community groups applying for the grants this year,’ Ms Schwirtlich said. ‘Not only did they come from all over Australia—from Launceston in the south to Finke River up north, but there was such a fascinating range of collections. They included the Warmun Community’s art and cultural material, Australia’s first community television house and production studio and the Bendigo Chinese Association Museum’s Loong—the oldest processional dragon in the world.’ 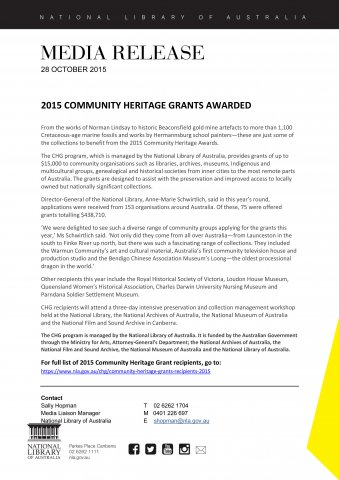