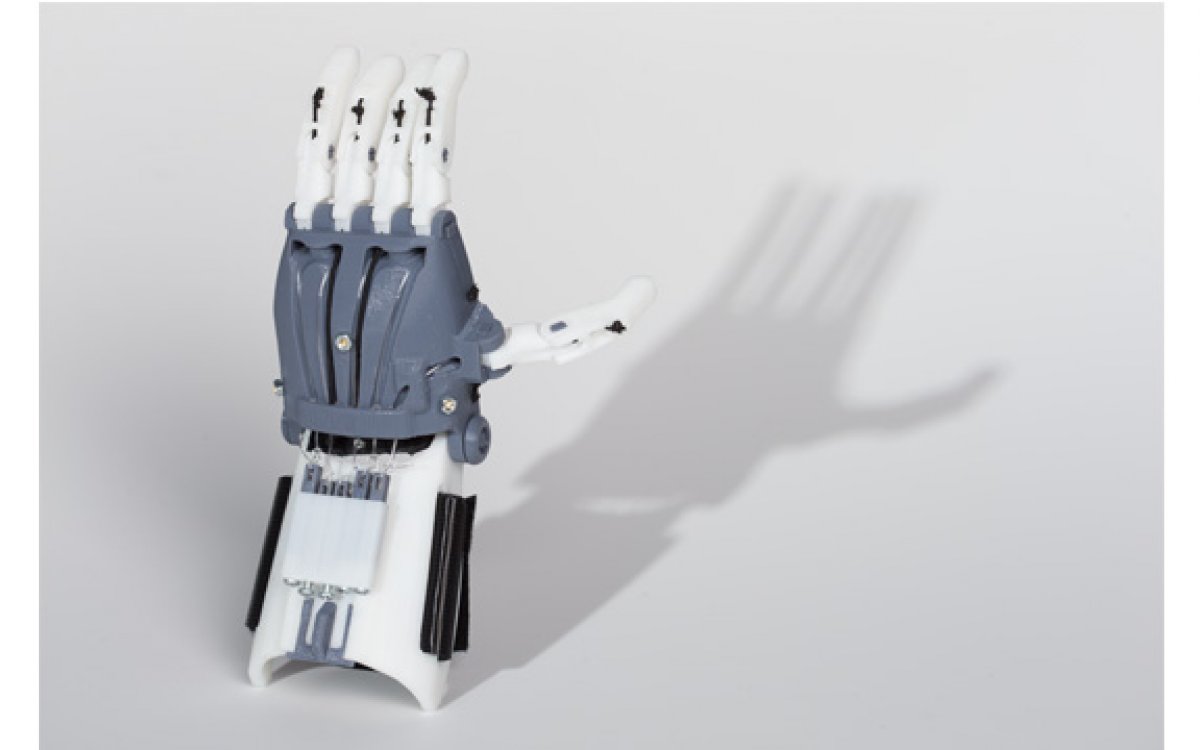 A chance finding in Trove has helped change the life of a young boy born without fingers – and thousands more people with similar special needs around the world.

Trove, the award-winning free discovery service driven by the National Library of Australia, was used by American designer Ivan Owen, during his research into the construction of the world’s first 3D printed, body-powered partial hand prosthesis for a young boy called Liam.

While searching the Internet, Mr Owen uncovered, via Trove, the Health Museum of South Australia’s records about the Coles Hand – a prosthetic hand made for one Corporal Coles in 1845 out of whalebone and metal pulleys. (http://trove.nla.gov.au/work/191400551)

‘Mr Owen told us his research via Trove led him to find crucial details about the pulley mechanism needed for Liam’s prosthetic hand,’ Assistant Director-General , National Collections Access Division at the National Library of Australia, Dr Marie-Louise Ayres said. ‘He has generously made his designs freely available as open source, so they can be used, and adapted, by anyone.

‘Whilst talking to him we discovered that a large community had built up around his initial work for Liam, and now his design has spread internationally.’

The University of Washington heard about Mr Owen’s work and has since offered him a job – and now he has a team of students designing such practical 3D projects.

‘This is such a wonderful example of the power that can be unleashed through the digitisation of cultural collections found in Trove – and of the remarkable social, health and economic benefits that result,’ Dr Ayres said. ‘It also shows the importance of being innovative – of using the latest technology for the best of reasons.’

Today, as a result of this collaboration across the world, more than 1,600 people have received a 3D printed hand, at low cost.

The National Library of Australia has embarked on further collaboration closer to home with experts from Questacon, the National Science and Technology Centre, who helped assemble a copy of the hand via 3D printer. High-res images available via dropbox.