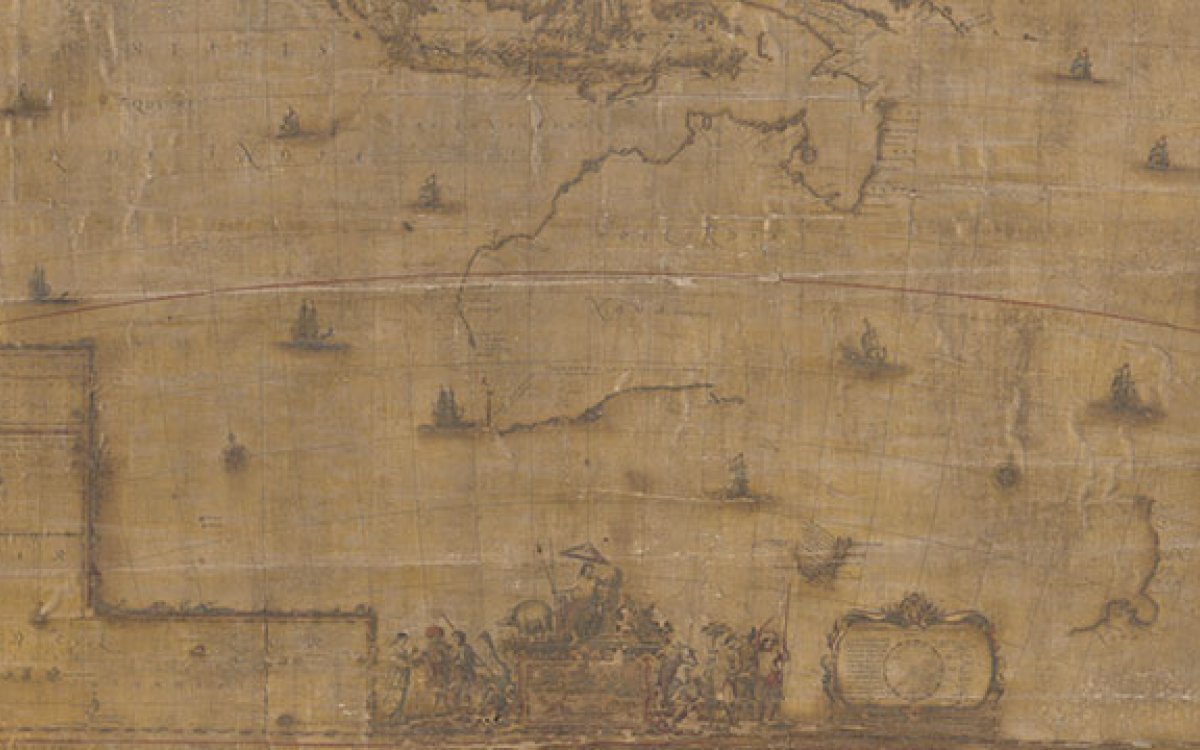 One of the National Library of Australia’s greatest treasures, a 1663 map of New Holland – the map on which all subsequent mapping of Australia is based – is heading to Melbourne for expert analysis.

The map, Archipelagus Orientalis, sive Asiaticus (the eastern or Asian archipelago) boasts the first reporting of New Holland and New Zealand in the Dutch language. Created by master cartographer for the Dutch East India Company, Joan Blaeu, it includes, for the first time, details of the sighting of Tasmania by Abel Tasman’s crew aboard the Zeehaen on 24 November, 1642.

Measuring 1185mm x 1520mm, the map is very delicate. It was found in a storage facility in Sweden in 2010 where it was believed to have spent most of its life, stored away and forgotten. The NLA acquired the map in 2013, with assistance from the Federal Government.

Expert National Library of Australia Preservation staff stabilised it in 2013 so it could safely go on show during the Mapping Our World exhibition.

Director-General of the National Library of Australia, Ms Anne-Marie Schwirtlich, said thanks to the generosity of NLA supporters and map-lovers, the next stage of the Blaeu map’s stabilisation could go ahead.

‘Our call for donations to complete the stabilisation process was overwhelming,’ Ms Schwirtlich said. ‘This allowed us to embark on the next stage – calling tenders for specific conservation work, particularly to tackle the verdigris corrosion of the supporting paper.’ Verdigris, a brilliant blue-green pigment, was applied as a decorative element to embellish the surface of the map. Over the last 350 years the pigment has corroded to become a brown crust on the surface, damaging the paper underneath and surrounding the pigment.

‘We are sending the map to the University of Melbourne where state-of-the-art facilities will be used to analyse and identify the material components of the map,’ she said. ‘This will inform conservation treatment options and these options will then be considered by our Curator of Maps and Preservation team before we start the most appropriate treatment.’

MEDIA ALERT: NLA Preservation staff will prepare the map for departure at 10am on Monday 2 May. Media welcome. High-res images of the Blaeu map available.