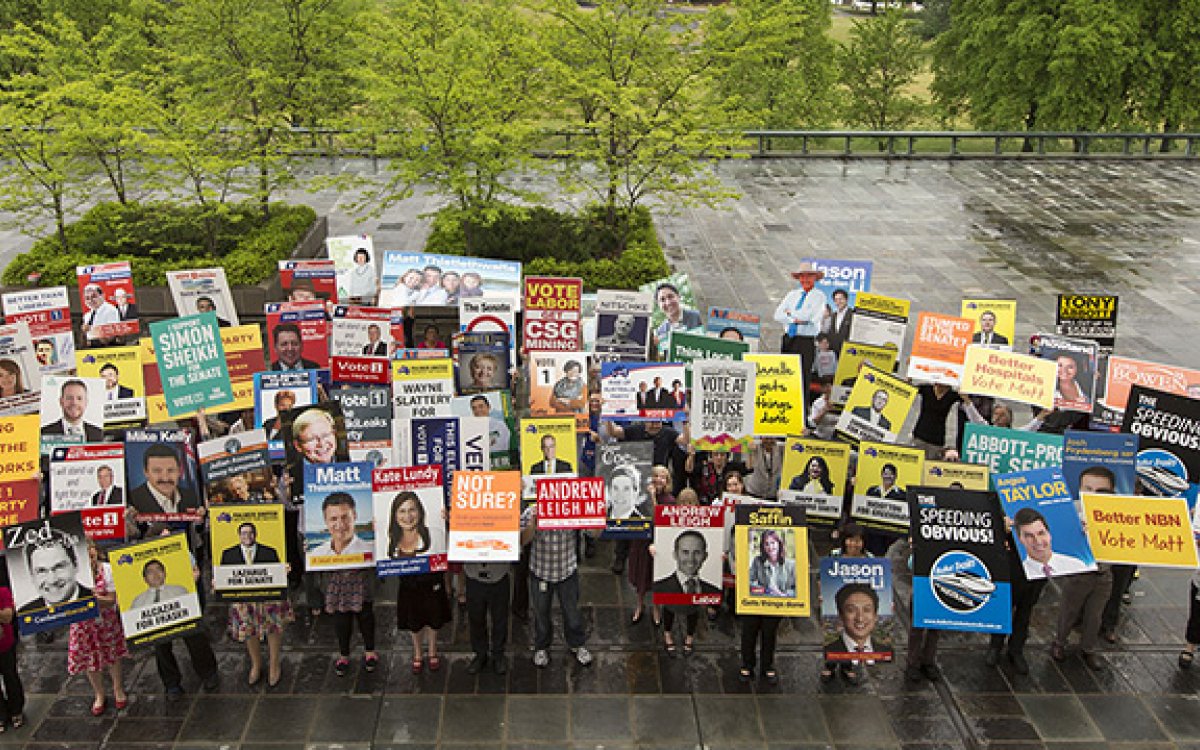 Library staff show off some of the posters donated to the ephemera appeal at the last election.

Is your letterbox imploding with 2016 Federal Election campaign material? Well, your National Library is here to help.

Why? Ephemera, is by its very nature, not meant to last. It is designed to mark a moment in time. By collecting 2016 Federal Election ephemera, the National Library can preserve and make accessible, to political historians of the future, the stories of today. And the more unusual the item, the more interesting the story will be to researchers of the future.

Political ephemera provides a unique perspective into Australia’s social life and political landscape—the rise and fall of policies, issues, parties and careers. The material produced not only by potential politicians but by lobby groups, by officials, by journalists reporting the story. Even the papers and colours used, dye-cut and printing finishes, variations in size/proportion of the stickers, buttons, posters, handbills or letters—as well of course as the messages contained within – will be of interest to future scholars.

Thanks to its supporters, the National Library now has the largest collection of political memorabilia in Australia for every Australian federal election since Federation.

The collection ranges from the Australian Labor Party’s Manifesto to the ‘unofficial’ Election Bean Poll - where café customers were invited to show their political preferences via coffee beans - to a complete digital archive of the Coalition’s policies, courtesy of the NLA’s PANDORA web archive.

But we want more. We want our collection to tell the 2016 Federal Election story as well as it can – that’s why we need your help.