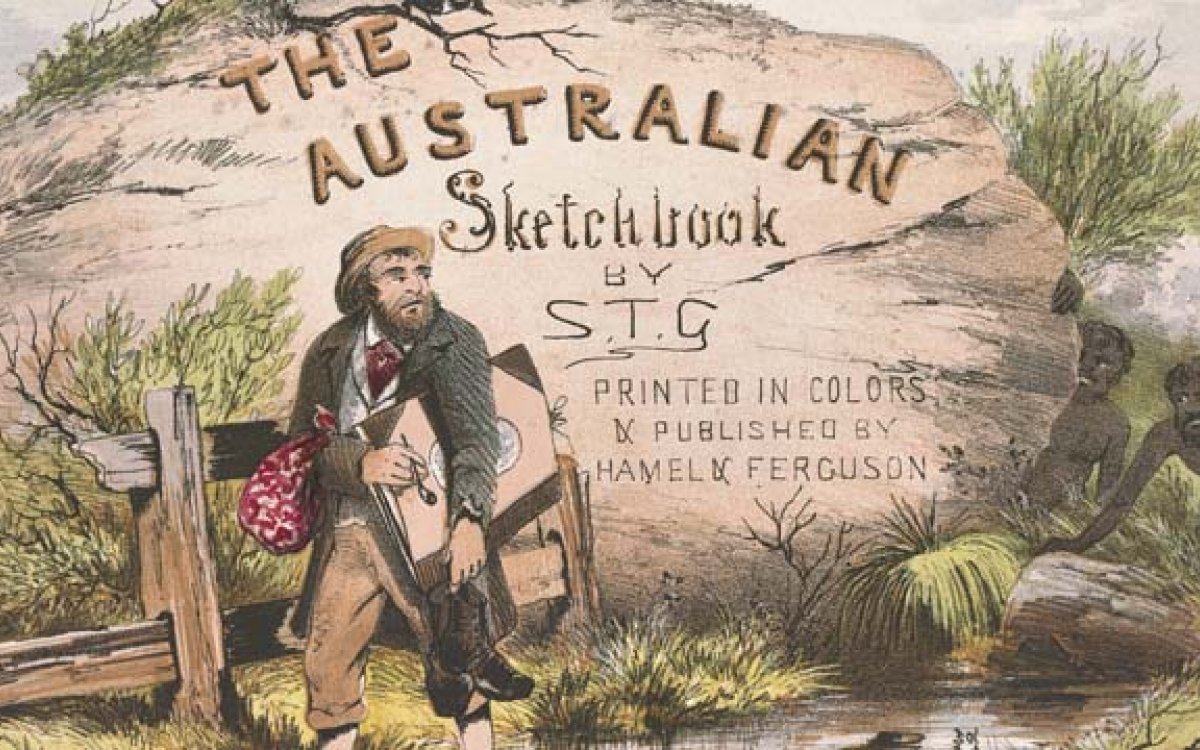 In collaboration with the State Library Victoria, the exhibition, Australian Sketchbook: Colonial Life and the Art of ST Gill, features more than 200 works on loan from collections all over Australia.

From 1839 to 1880, Samuel Thomas Gill created some of the most memorable images of urban and rural life in colonial Australia. But according to exhibition curator, Emeritus Professor Sasha Grishin, from the Australian National University, Gill did much more than simply paint what he saw.

‘In many ways, Gill was our colonial conscience of the time,’ Professor Grishin said.

‘Born in Perriton, a small village in Somerset, England, Gill and his family migrated to the new colony of South Australia in 1839, and, at age 21, immediately on arrival, launched himself as an artist.

‘Gill captured more than just early Australian life. From painting what was probably the earliest depiction of shearing in Australian art, to showing the dark side of the Victorian gold rush, he showed us as we really were.’

Professor Grishin said Gill’s lithographs, for example, recorded the unfolding environmental catastrophe on the goldfields, where the trees were felled, streams clogged and the human anthill had eroded the surface of the land.

‘Gill also grew increasingly critical of some of the mother country’s attitudes, choosing instead to champion the new growing breed of Aussie diggers. He also stood firm against the hysteria whipped up by some politicians accusing the boat people from Asia of stealing gold and jobs.’

Australian Sketchbook: Colonial Life and the Art of ST Gill at the National Library of Australia, Canberra. From June 29-16 October 2016. Free exhibition. 10am – 5pm daily.  https://www.nla.gov.au/exhibitions/australian-sketchbook

Professor Grishin is available for interview. High-res images from the exhibition available