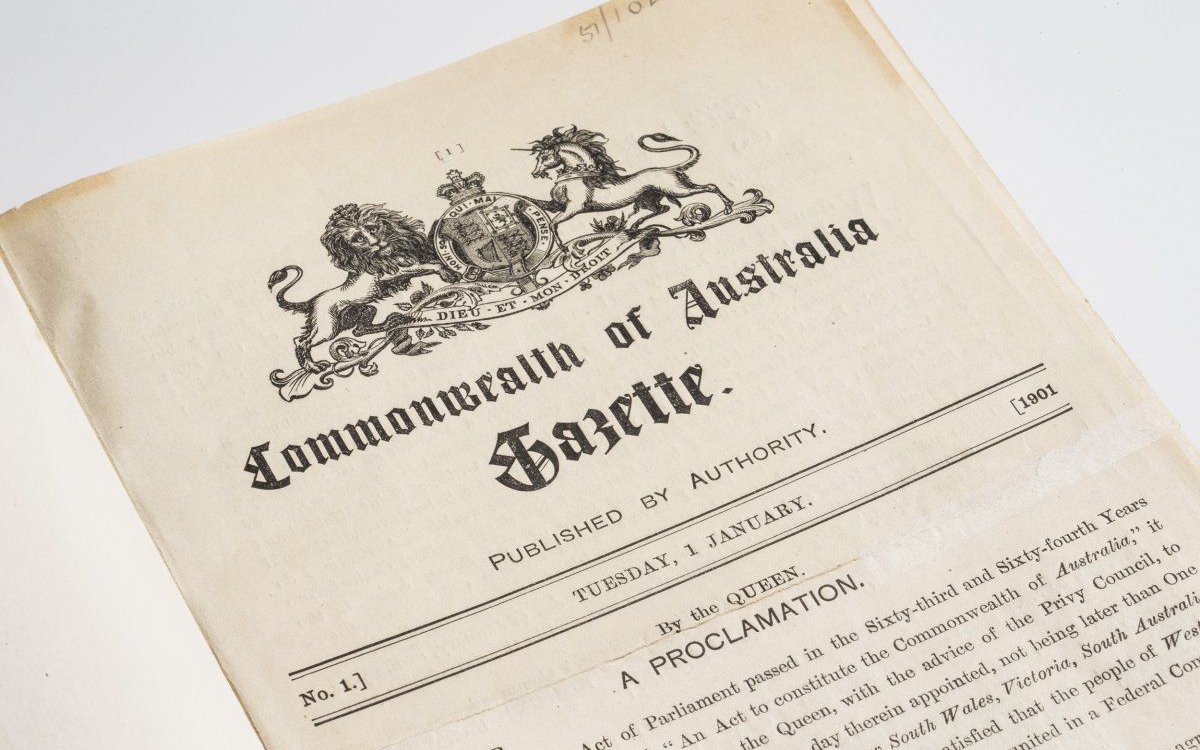 How long did the King’s new Australian subjects have to wear “deep mourning” dress? What did our first Governor-General earn in 1901? Why did you have to pass questions in “handwriting, dictation, arithmetic – and England” to become a public servant in 1911?

Answers to these questions, and so many more about our everyday early life, are now available at the click of a button, thanks to the Commonwealth of Australia Government Gazette, now available onIine via Trove.

In a joint project between the National Library of Australia (NLA) and the Office of Parliamentary Counsel (OPC), almost 60 years of all the news that was fit to print has been digitised, available freely online and now text-searchable for the first time.

Director-General of the National Library of Australia, Dr Marie-Louise Ayres, said the Commonwealth Gazette project was a great example of government agencies working together to offer such a valuable resource to people everywhere, regardless of where they live.

“The OPC has supplied the content from the Commonwealth Gazettes whilst the NLA has digitised these valuable public records and made them machine-readable so they will live on in the future via Trove,” she said.

“The Gazettes provide us with a rich, primary resource about our early days, from the very first issue on 1 January, 1901, showing the proclamation of the Commonwealth of Australia by Queen Victoria right through to everyday life.”

Dr Ayres said the Gazettes tracked a significant time in our history. “Importantly, they give us the real story of day-to-day life in early Australia – a valuable resource for students, academics, writers, family historians –  anyone who wants to know what really happened back then,” she said.

She said the project was made possible through additional Federal Government funding to the NLA, via the 2016-2017 Mid-Year Economic and Fiscal Outlook.

“These funds are to help Trove meet Australia’s expectations for continued access to large-scale digital collections and to upgrade IT infrastructure,” she said.

Commonwealth of Australia Government Gazette, 1901 to 1957, now available via Trove.