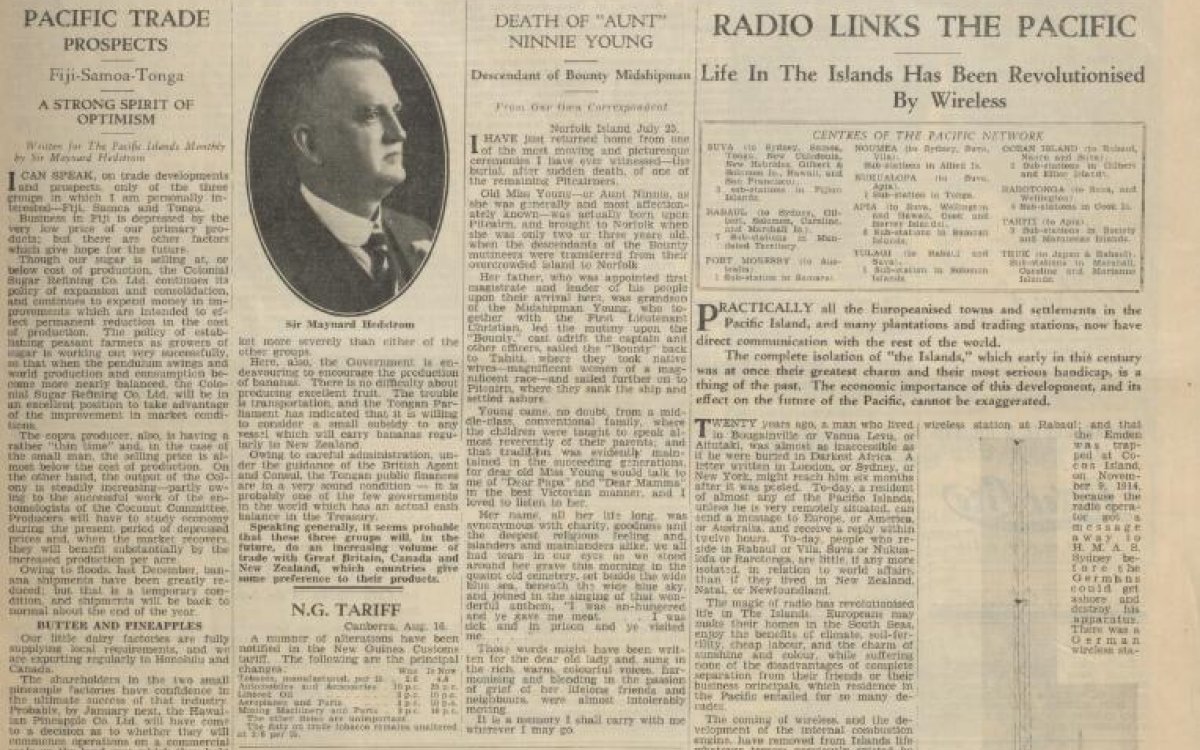 Back in 1930, there was only one place to go to read about our nearest neighbours – the Pacific Islands Monthly. For current affairs, politics, weather, social to shipping news, it had no peer.

It was also the place to go for the equally important news: which tinned biscuits survived best in the tropics? Or which refrigerator was “a marvel of modern science” and “the miracle of ice from heat”? Many of these advertisements told the real story of island life and today, provide us with valuable insight into a time long gone.

The Pacific Islands Monthly, from issue 1 in August 1930 to its final edition in June 2000, has been digitised and is now accessible to everyone, free, via the National Library of Australia’s award-winning online resource Trove.

Founded in Sydney by New Zealand-born journalist Robbie Robson, the magazine was originally published by Pacific Publications with 1000 pounds worth of 1 pound shares. The first issue was in newspaper format and boasted 12 pages. By its 17th issue, in December 1931, it had become a magazine and by its later life, a glossy colour magazine.

Director of Trove, Cathie Oats, said Robbie Robson, who covered a vice-regal tour around the islands in 1914, was struck by the lack of information available for islanders and for the many Australian ex-pats working in the Pacific or who had business interests there.

“Through the magazine, Robson provided an unrivalled source of information about current affairs, agriculture, local people and their lives, customs, geography, climate change, sport, news and so much more,” Ms Oats said.

“Now via Trove, that information is available to everyone – from researchers to family historians, students to business people – anyone with an interest in these very important neighbours.”

Read all about it in the NLA blog 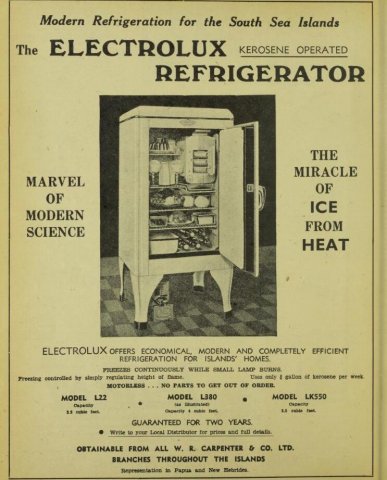