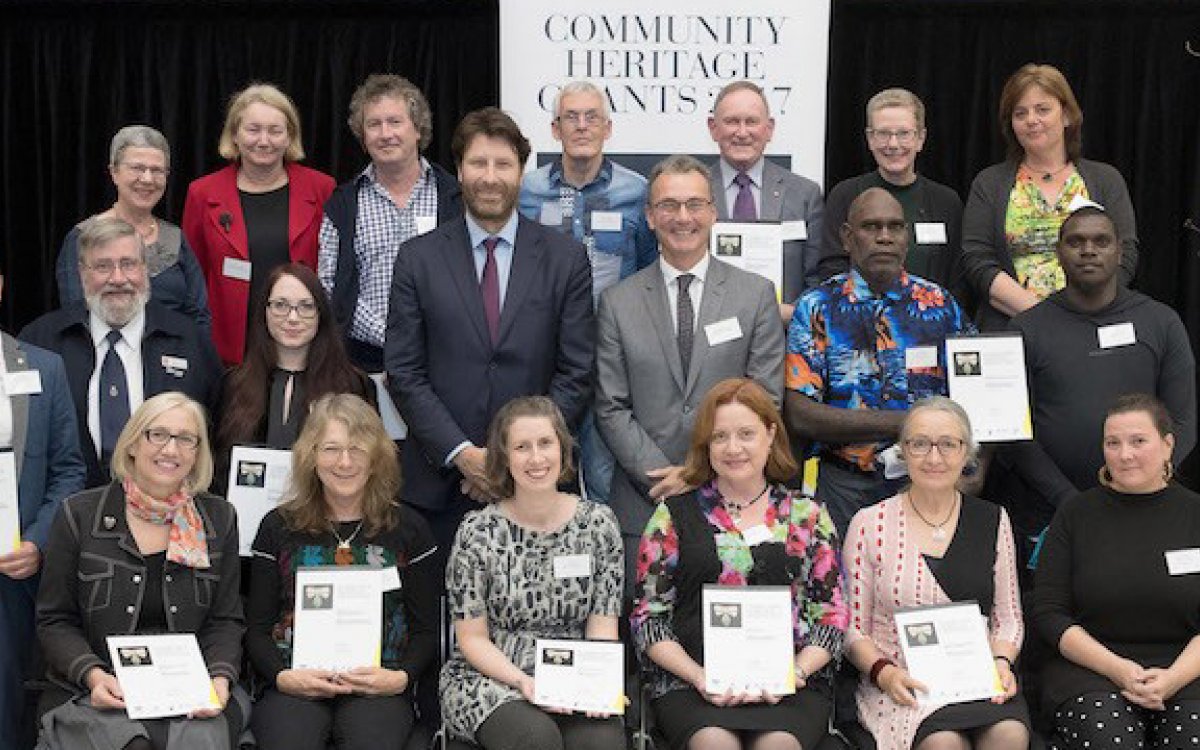 Recipients of the 2017 Community Heritage Grants

Groups ranging from indigenous artists and sustainable farmers in Western Australia to aviation history enthusiasts in Victoria and embroiderers in South Australia are just some of the recipients of the 2017 Community Heritage Grants (CHG).

The CHG program, which is managed by the National Library of Australia (NLA), provides grants of up to $15,000 to community organisations such as libraries, archives, museums, indigenous and multicultural groups, genealogical and historical societies from inner cities to the most remote parts of Australia. The grants are designed to assist with the preservation and improved access to locally owned but nationally significant collections.

Director-General of the National Library, Dr Marie-Louise Ayres, said in this year’s round, applications were received from 164 organisations across Australia. Of these, 56 were awarded grants totalling $356,539.

“This year is the 24th year of the CHG program,” Dr Ayres said. “Since the program began in 1994, it has awarded 1,325 grants and distributed more than $6.5 million to community organisations across Australia.”

Dr Ayres said the National Library was particularly delighted this year to receive applications from all over the country – including from the Warmun Art Aboriginal Corporation (WA), Jewish Holocaust Centre (Vic), Finke River Mission (NT) and the Narryna Heritage Museum (Tas).

The CHG funding allows the community groups to conduct significance assessments and preservation needs of their collections, conservation treatment and collection management training.