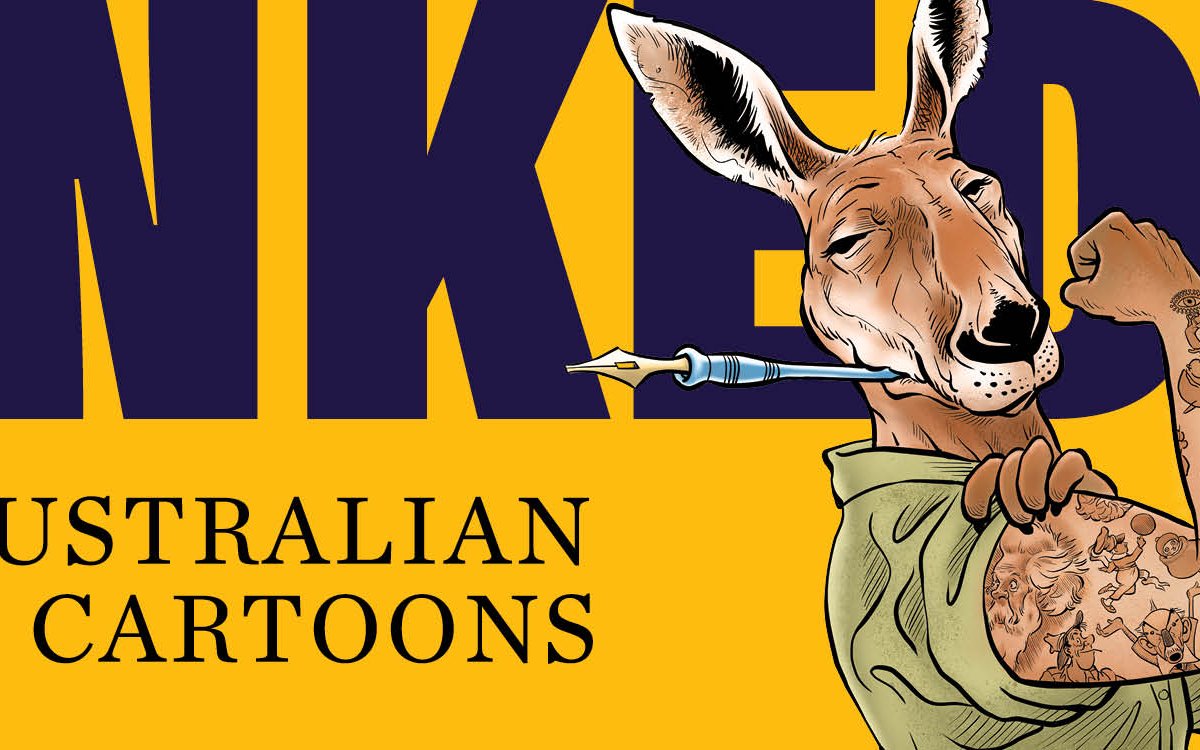 Cartoons capture moments in history in truly memorable ways—a declaration of war, the dismissal of a prime minister or a crash in the economy—all can be frozen in time in a single image. With over 14,000 cartoons from dozens of different artists, from before the arrival of the First Fleet in 1788 right up to the present, Inked: Australian Cartoons is a selection of the best cartoons in the Library’s collections.

Director-General of the National Library, Dr Marie-Louise Ayres, said the exhibition celebrates the wonderful tradition of cartooning that Australia has had for the last 200 years.

“The exhibition surveys the Library’s collections to find examples of cartoons which help us understand how cartooning evolved in Australia. Delving into these works is like discovering thousands of time capsules”, Dr Ayres said.

Dr Guy Hansen, Exhibitions Curator said “The collections include examples of satirical hand-coloured prints that sold from print shops in London in the 1780s, satirical drawings done by early settlers, cartoons prepared for colonial publications such as Punch and The Bulletin, as well as numerous examples of artwork from major newspapers and magazines in the 20th century.”

“Looking back, these images can appear like fossils embedded in a cliff face that remind us of the evolution of Australian politics and society. Cartoons are more than just visual gags which provide a momentary diversion. Like the work of filmmakers, writers and journalists, they hold up a mirror to Australia and invite us to reflect on what is going in our society.”

Inked: Australian Cartoons, only at the National Library of Australia, Canberra from 7 March, 2019 to 21 July, 2019. Free exhibition

His passion for cartooning commentary has never waned, and he has curated over a dozen cartoon exhibitions and published a number of cartoon anthologies. A historian by training, Guy believes that cartoons are one of the best resources for understanding Australia’s past while also providing the opportunity for a good laugh.