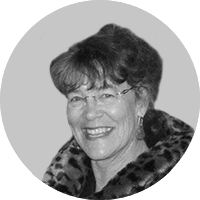 I love the smell of trains, whether diesel or steam—it is just so evocative of days gone by. The whole culture of rail travel is fascinating to me, from the fireman loading the fire bin with coal or wood to the refreshment room serving sandwiches, slices of sultana cake and lukewarm tea and coffee.

I am glad that illustrator Robert Ingpen really wanted Tea and Sugar Christmas, my latest children's book, set in the age of steam trains as it has added to the atmosphere of the story and given it another dimension. People I know who have lived and worked out on the line have commented to me that Robert’s illustrations could be the siding that they were familiar with. 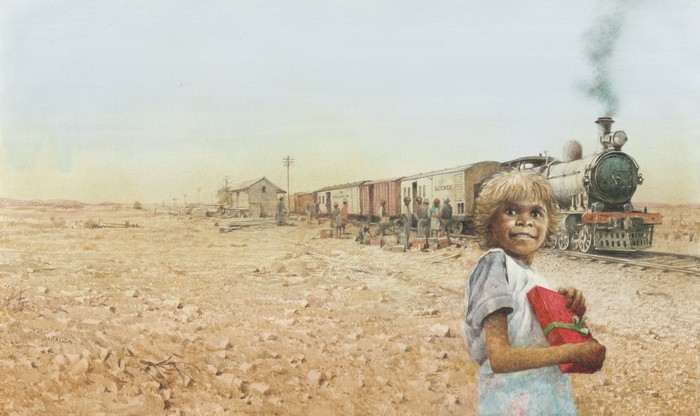 Sometimes I dream of slowing down the pace of life, and perhaps being transported back to the time of the Tea and Sugar Christmas Train. Only shopping once a week. Having limited choices (after all how many different milks could there be?). A child’s birthday party, with a homemade cake and fairy bread. Simple!

But—on the flip side—a sick child and no nearby doctor or services. The train coming in late or not arriving at all.

I think we have to hand it to all those who lived and worked along the line; times would have been hard with many a long hot day. 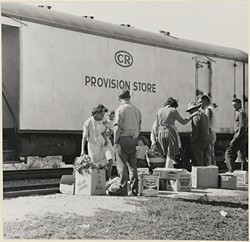 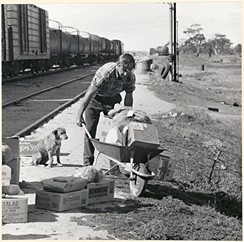 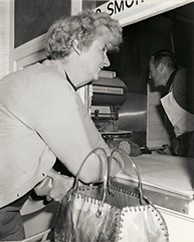 The train was a lifeline. It was a bank, a shop, a theatre, a butcher, a welfare car, a church. There is one fabulous story of the Reverend Henry Noack, who was on board to conduct a wedding at Xanthus. By the time the train pulled in there, the wedding was off. The bride-to-be and the groom-to-be had come to blows. The guests, some of whom had driven many, many hours to get there, went home without even a piece of wedding cake!

I love the way the book has come together. The mix of Robert’s coloured illustrations and pencil sketches is exquisite. The double fold out showing a cutaway of the shopping carriages is fascinating and so true. Added to this is the collection of National Library of Australia archives and objects at the back of the book.

This book has been a long time coming for me. I first wrote the story in 2000. It went round the traps for a few years with not much interest from publishers. At one stage, a publisher held on to it for a while and then wanted me to write more adventures of Kathleen, the story’s main character. I did. 8000 words. But it was rejected. So the story sat with my agent for many years until finally NLA Publishing accepted it.

Since the book has been published I have been amazed at how many people have commented to me that they knew someone who lived and worked out along the line. I am hoping that many of these people will get a chance to see the book and relive some memories.

Jane Jolly's Tea and Sugar Christmas was released by NLA Publishing in November 2014.

Images at top and bottom:

Original artwork for Tea and Sugar Christmas by Robert Ingpen

Residents of Coonana Check Their Purchases beside the Provision Store Carriages of the Tea and Sugar Train on the Trans Australia Railway  1968, nla.pic-vn4589292

A Resident of Coonana Sets off for Home with a Wheelbarrow Load of Supplies from the Tea and Sugar Train on the Trans Australia Railway  1968, nla.pic-vn4589294

A Resident of Karonie Buys Meat in the Butcher's Car of the Tea and Sugar Train on the Trans Australia Railway  1960s, nla.pic-vn4589311