Birds of a feather

People climb mountains to see the same view that pilots see every time they take off. There is beauty at all altitudes. – Nancy Bird

Women who have gone against common social convention and pioneered adventure and exploration have always intrigued and captured our hearts—Gertrude Bell, Valentina Tereshkova, Junko Tabei and perhaps the most famous of these, Amelia Earhart. Mystery surrounding Earhart’s disappearance still plagues investigators today and debris found in the west Pacific Ocean still pored over in efforts to match them to Earhart’s missing Lockheed Model 10 Electra. These stories fascinate me.

Australian women of the early twentieth century were no different. Australia’s first female pilots—Millicent Bryant, Maude 'Lores' Bonney, Freda Thompson, Peggy McKillop, Nancy Bird-Walton and Gaby Kennard—were daring, vivacious and laid a foundation for young women everywhere. Their stories culminated in the establishment of the Australian Women Pilots' Association on 16 September 1950. They lived the extraordinary lives that many of us dream of, and the evidence is in the Library’s collection. 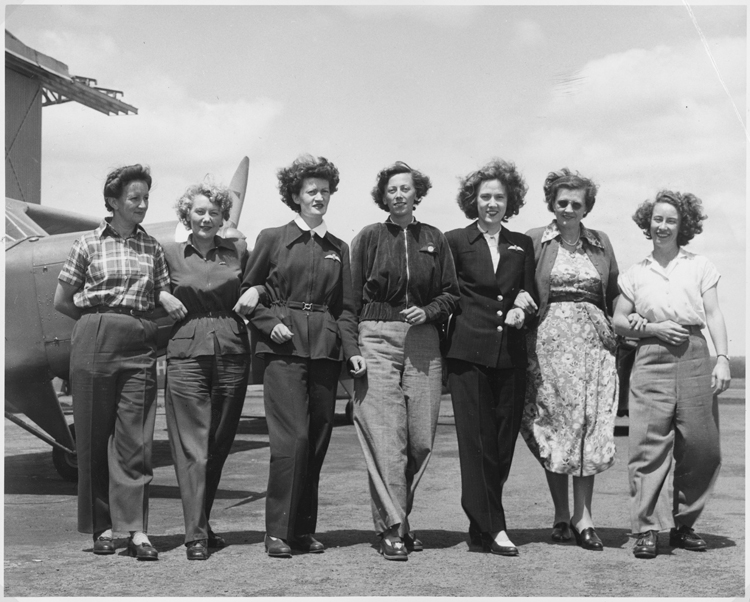 Lores Bonney was known for her love of music and her hatred of discipline. In an effort to curb her rebellious nature and foster her talent, she was sent to a women’s finishing school in Germany. Here she bloomed; learning new languages, she fell in love with flowers and gardening, and developed a strong desire to travel and be amongst other cultures.

In 1926, at a time when Bonney had become the wife of successful businessman Harry Bonney, and was living in Brisbane, she discovered she was bored. In 1928, she met Bert Hinkler and was enthralled by his discussion of flight. The next day Hinkler took her to deliver flowers to her friend in Yeerongpilly by air. Two years later, she learnt to fly. First in secret, but when her husband found out, he bought her a de Havilland DH.60 Gypsy Moth. She began to set records: first woman to circumnavigate Australia; first woman to fly Australia–England, first woman to fly Australia–South Africa.

Bonney is known as the first lady of Australian aviation. The Library’s collection comprise diaries, papers, silver tray and poster relating to Bonney's life and aviation career, including her pioneering Australia–England flight, and involvement in the search for the missing Stinson aircraft. 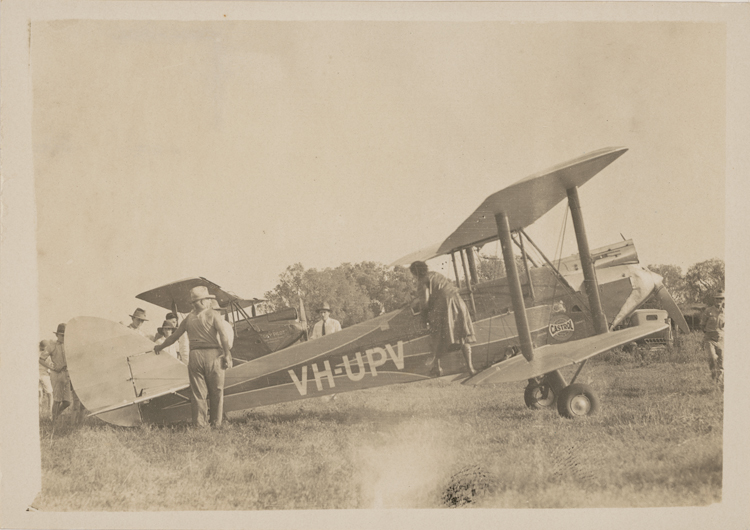 Like Bonney, Freda Thompson was talented: exceptional musical abilities, she played tennis and was an excellent skater. She was free-spirited with a dry sense of humour and although engaged twice, was never attached. Thompson’s father—knowing there was no stopping her—agreed to allow her to learn to fly.

She gained her private pilot’s licence in 1930, commercial license in 1932, and was awarded her Instructor Rating in 1933, the first female instructor in the British Empire. Thompson was the first Australian woman to fly England–Australia, led Girl Guides and, at the outbreak of war, became an ambulance driver with the Australian Womens’ Army Service. 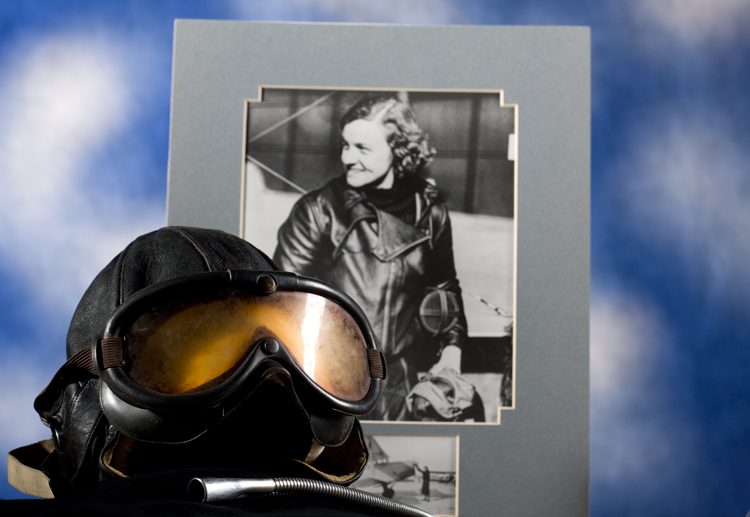 Nancy Bird lacked the financial backing others enjoyed. She lived with her father, helping him in his store in the Manning River district, NSW. Here, she followed the stories of Bert Hinkler and his pursuit of flying closely from a young age. In 1928 Bird had her first joy-flight, and henceforth saved the one pound she’d earn each week for flying school while studying Frank Swoffer’s Learning to Fly by night.

Bird’s chance meeting with Charles Kingsford Smith led her to her first lesson with him in 1933 when she was 17. From then onward—‘I would fly with anyone who was game enough to give me instruction,’ she says. From her teens, Nancy operated an air ambulance service to the outback. A trapped grazier was shocked to see the 150cm tall young lady jump out of a cockpit in a dress, his response led to the title of her autobiography My God! It’s a Woman. When reading Nancy’s biography, I found she consistently sang the praises of other pilots.

The Library’s collection relating to Nancy’s aviation career is extensive, and she remained a friend of the Library until her death in 2009. The collection includes photographs (1935-1990), manuscripts, two commemorative stamp sets entitled ‘Centenary of Wright Brothers...1903-2003', letter from Australian-born astronaut Andrew Thomas, portrait of Nancy specially printed for her 90th birthday, together with short typed speech by Nancy (December 2005). We also have an autographed copy of her autobiography My God! It's a Woman. 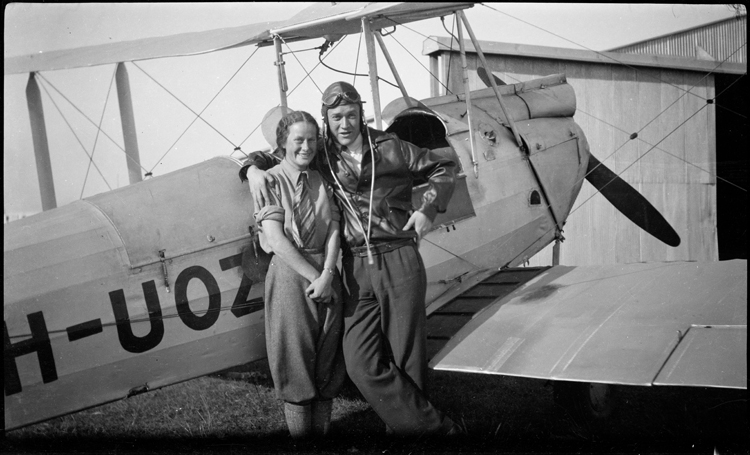 Nancy’s headway inspired future generations, including Gaby Kennard who was the first Australian woman to circumnavigate the globe in 1989, following as closely as possible, Amelia Earhart’s route. She did this in 99 days, earning her the Harmon Trophy. Gaby used this fame to raise money for the Royal Flying Doctor's Service.

These women are made of the same gumption; champions of courageous conviction, determination and adventure. 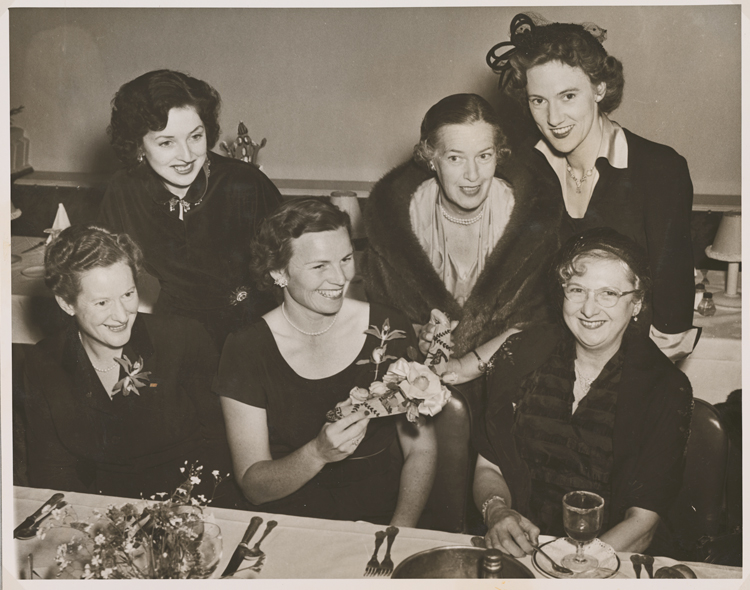 Comment:
Thank you for this Blog. When researching my book 'From Bullocks to Boeings: An Illustrated History of Sydney Airport', I spent a memorable evening with the members of the Australian Women's Pilot's Association and later interviewed Nancy Bird Walton at her home in North Sydney. She was a supremely elegant woman in her navy blue suit and pearl necklace -her eyes a little weepy from the years flying in an open aircraft across dusty outback paddocks. I remember vividly the story she told about her flying lessons with Charles Kingsford Smith: "He didn't want to teach a woman, you know, but he was so short of money he had to take on any aspiring pilot who could pay. He used to pick me up in his car to drive me to the lessons, but his annoyance the whole business was thinly disguised." Undeterred by male negativity, Nancy Bird took to the skies and played a major role in the work of the Royal Flying Doctor Service, navigating the outback, often with road maps - her eyes straining to see the line of telegraph poles; the dusty trail of a vehicle on a road below or the welcome sight of a recognizable homestead beneath her wings. She remains a heroine of mine.
Comment:
Thank you for sharing Jennifer, Nancy sounds delightful. She is a good friend of the Library too. Regards,
Comment:
For those who would like to speak to her for any research, Australian Women Pilots' Association Air Reliability Trial New South Wales entrants Dr. Dorothy Rutherford is living in Willoughby NSW and often talks about her wonderful flying adventures with her husband Ron.
Comment:
Thank you Agnes
Comment:
I have been keen to get accurate records of my family's history, so this blog and photos have been a real find. My aunty is Jacqueline Smith. Flying was in her genes - Her eldest brother John was killed serving in the RAF in WW2. Her father, two surviving brothers and husband were all pilots and they encouraged Jacqueline. Anyway, she would never let the fact that she was a woman stop her. The family stories are that she held some sort of record for the youngest female pilot. Philip, her brother, though in his eighties now, would be able to add to the information on Jacqueline as would Jacqueline's eldest son - Graham.
Comment:
it was ok