I have worked at NLA Publishing (the publishing section of the National Library of Australia) for the past 10 years. My team of talented editors, picture researchers and designers produce over 18 illustrated books a year all based on the Library’s fabulous collections. We publish many genres of book—children’s, history, natural history, art history, gift books for special occasions—and they often come about in very different ways. 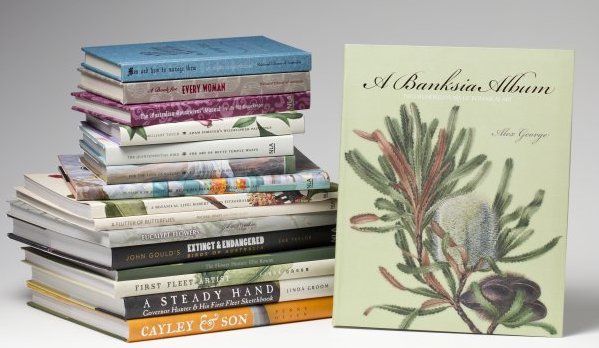 So how did I come to be in such a fascinating job? I have worked in illustrated book publishing for over 30 years now, starting my career in England and France before moving to Australia 20 years ago. I began by working on cookery books with Madhur Jaffrey and Antonio Carluccio for a glamorous publishing company owned by Tim Rice, Michael Parkinson and publisher Colin Webb, based in Covent Garden. From there I worked for several other more traditional publishers before moving to Paris, where I sold publishing rights and researched books for French publisher Albin Michel. Yes, it was fun but I have a much more interesting job now—really!

Spending time scouring the collection for ideas for new books is only part of what I do. My tasks for the day might range from examining a manuscript in the collection to see if it is potential book subject matter, meeting with an author to talk about the text that they have just delivered, going through some children’s picture book page proofs to make comments on the design, doing a final read and sign-off on some leaflets and advertisements, discussing the table layout in the annual report and having a brainstorming meeting to find a good book title. The variety of my job is part of its challenge and its appeal, but the best part is the creative thinking that goes into using the collection in a book in a new way that will appeal to people. 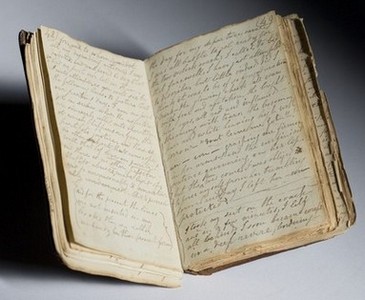 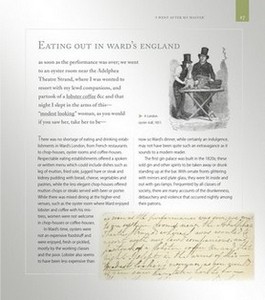 John Ward's original diary from the Library's collection at left and a page from Crime, Punishment and Redemption, showing a diary excerpt and transcript

So how do we come up with ideas for our books? One way is to use an interesting manuscript item as the springboard to a broader story, in a highly illustrated format. One of my favourites is Crime, Punishment and Redemption by June Slee, based on John Ward’s convict diary. John Ward wrote this when he was imprisoned on Norfolk Island, and he looks back over his life of crime (including theft, sexual assault and more). He describes many fascinating things, from life as a servant (Ward was a groom to an officer gentleman) to the experience of prison hulks, but what I found so interesting was the way he revealed his own personality, his ruthlessness and lack of empathy. He blames all of his behaviour on the fact that his parents forbade him to marry his sweetheart (leading to his alcoholism) and on his victims—the attractive servant girl who walked in front of him on the street when she must have known he was drunk and would not be able to resist attacking her; the employer who left out his handkerchief and tempted him to steal. When I was working on the book, there was a news report about a kidnapper in the US who had held two girls in his home for years and who also tried to blame his victims for his behaviour. Listening to him, I was struck by the similarities. Here we can see a damaged individual, John Ward, exposing his thoughts in a way I found compelling.

In coming months, I’ll write about the other ways we come up with ideas for books and describe one of our ‘ideas meetings’. I’ll also explain how and why I started a children’s list (one of my favourite parts of the publishing program). Thinking books into existence is a tough job but someone has to do it!