Q & A with Geraldine Brooks

Q & A with Geraldine Brooks
Authors at the National Library

From her origins in Western Sydney, Geraldine attended the University of Sydney, and then spent three years as a feature writer for The Sydney Morning Herald. She later won a journalism scholarship with Columbia University in New York, and went on to write for The Wall Street Journal, reporting on crises in the Middle East, Africa and the Balkans.

Following the release of her latest novel, The Secret Chord, about King David of Israel, we asked Geraldine a few questions to whet our appetites until her appearance at the Library on Monday 16 November 2015.

Skyfaring: A Journey With a Pilot. The author, Mark Vanhoenacker, flies 747s out of Heathrow, and he has written a poetic account of the experience in the cockpit that has reawakened the magic of flight for me. I had become quite churlish about the inconveniences and the climate impacts of modern aviation, and this book reminds us what a miracle it is, to be sitting in an armchair in the sky. Just as well, since I’m on book tour and on a plane every day.

What three titles should always be on the shelves of any self-respecting book shop?

The Norton Anthology of Poetry (most recent edition) 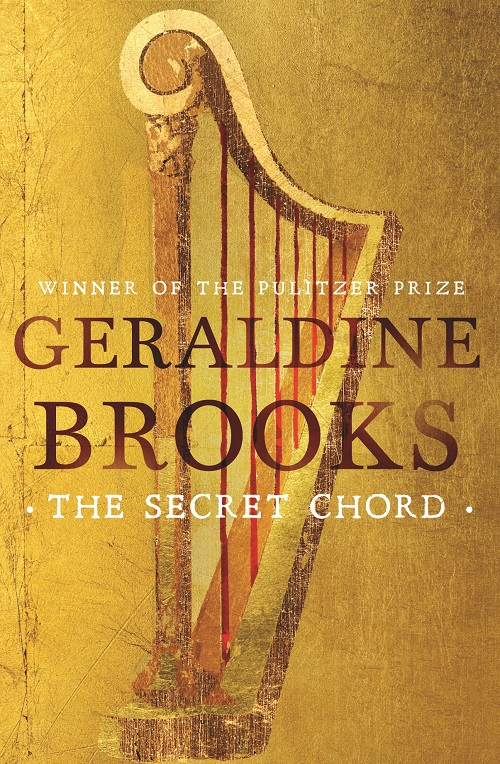 Modesty (plus a soupçon of self-interest) persuades me that it’s best to let the New York Times’s critic describe it:  “A thundering, gritty, emotionally devastating reconsideration of the story of King David.”

What was the hardest part of writing your latest book?

There are no written sources from the period, or close to the period, outside of the accounts in the Bible. That makes it extremely hard to hear the voices of people who lived so long ago, in the Second Iron Age.

What was the best part of writing your latest book?

Traveling with my ten year old, herding sheep and riding donkeys, trying to get as close as we could to David’s quotidian experiences.

What’s the strangest piece of advice you’ve ever been given as a writer?

“You can’t make people care.” I actually believe you can. It might be a writer’s highest duty.

I can only quote the French philosopher Gaston Bachelard, who said, “There must be a heaven, and heaven must be something like a library.”