Q & A with William Yang

Q & A with William Yang
Artists at the National Library

On Sunday 17 April, join celebrated photographer and performance artist William Yang as he reflects on his recent journey through China as part of the National Library’s Arts of China weekend.

Yang began using photography to explore his Chinese heritage in the mid-1880s. At this time he had already made a name for himself in Sydney through the late 1960s and 1970s, documenting the city’s social life. Since then, he has expanded into performance art, while continuing to exhibit his photography.

We were lucky enough to catch up with Yang to ask about his recent projects and influences. 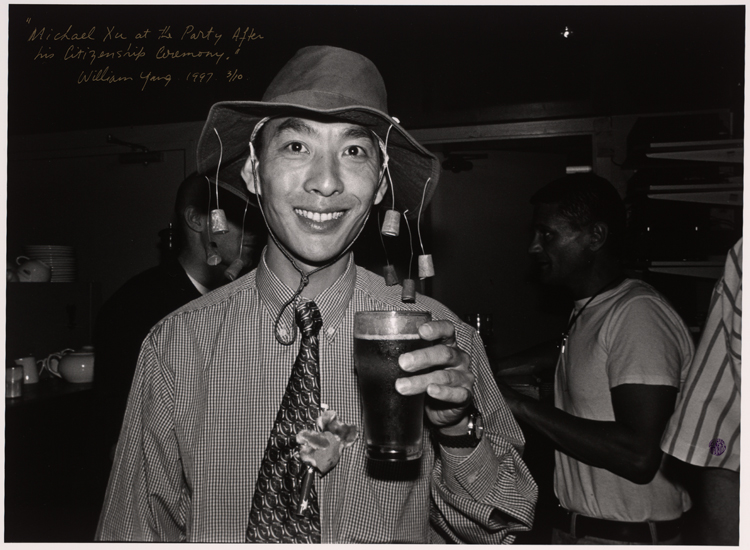 It’s a way of expressing myself. I can be serious with my art, anything that ends up on a gallery wall has had to go through a process of selection, but I also like posting on Facebook, which I take fairly seriously, as a way of editing my photos as I go along, and putting them out there. Image is very important in this contemporary world and I’m kind of pleased that my medium involves image and words.

Which artists are you inspired by right now?

Johannes Vermeer, the seventeenth century Dutch painter. I’ve just seen some of his originals in the Netherlands. They are small, quiet, of domestic settings and meticulous. In some ways they are like photographs because of their lighting and detail. He painted slowly and his complete oeuvre is only 34 works, so I liked the way he didn’t compromise.

Hans Memling, the fifteenth century German painter who moved to Flanders and is now identified with the Flemish Primitives. His work is anything but primitive, it’s sophisticated and detailed and he displays incredible technique. His work is mainly religious, altar panels, but with a surreal, allegorical style. Much of his work is still in Brugge where he lived.

I’m reading Dennis Altman’s Defying Gravity: A Political Life. I’ve always liked Dennis Altman partly because we are both gay and of the same generation, and that counts a lot as we have lived through the same times, some of the same events in history at the same stages of our lives. He can’t help being academic but he’s managed to put in enough personal detail to make this an engaging memoir.

What three titles should always be on the shelves of any self-respecting book shop?

The poetry of Constantine P. Cavafy, the Greek poet who lived in Alexandria at the turn of the twentieth century. He wrote two types of poems, the first where he reimagined historical events and famous people, and the second where he wrote about his repressed, emotional life. In these he had a distinctive, personal voice that was at once matter of fact but highly evocative and poetic. I can relate to them even though they were written around a hundred years ago.

My Lives by Edmund White. This is White’s autobiography and he has split himself into various sections, something which as a gay man I can identify with, there are chapter headings, 'My Shrinks', 'My Father', 'My Mother', 'My Women', 'My Lovers' et cetera. I find him really easy to read, he bristles with intelligence, yet is not afraid to talk about sex and its motive in his life. His piece about his mother is an absolute dissection of a life, both cruel and very touching.

William Yang: Stories of Love and Death, by Professor Edward Scheer and Professor Helena Grehan. I have to include this book as I think it’s a very good reading of my performance work. So it’s taken from a performative perspective, and they’ve made sense of my work, whereas others, coming from a theoretical, visual arts perspective, have struggled. The book is profusely illustrated, and is not too hard to read. I’m very happy with what they’ve done. 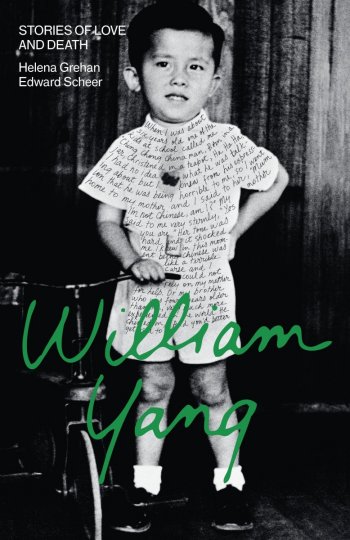 My latest piece of work is a reworking of Blood Links, a piece about my family. It was first done as a performance piece in 1999 and toured around the world. Recently, in the last six years, I adapted the work for film, and it has come out as a DVD. When a work is converted from stage performance to film, it goes through a rigorous editing process. For one thing the work was reduced from 90 minutes to 57 minutes, a television format. We lost whole sections of the story and many of my extensive family characters were cut out.

When I got an offer to perform the piece again, I decided to use this pared down, film script as the basis for the work, expanding it a little for the stage, and extending the musical sections. We’ve just finished a tour of Europe and the piece works very well, it’s quite streamlined and the audience have found it “gripping”, which is unusual for a piece where the action is mainly domestic. One thing for certain, the best manifestation of my work is the live performance. There’s a season of this piece at Courtyard Theatre, Canberra Theatre Centre, 12 April – 23 April.

What was the hardest part of making your latest piece?

When the European tour was confirmed we had to send them the (film) script early so they could get it translated. This was even before we did the rehearsals. It made the rehearsal process difficult because the script was set and it was difficult to make changes.

It’s always hard doing a performance piece with surtitles because the script is set and it means I have to learn the script exactly, otherwise I confuse the person working the surtitles if I jump around too much. And the audience knows it’s a script, whereas if I’m just performing the script without surtitles the audience thinks I am just making it up on the spot, at least that’s what I want them to think.

Can you name three works of any art form that have influenced your own development as an artist?

I have always liked the short stories of Isaac Bashevis Singer, the Jewish writer who wrote stories about the ghetto in Krakow in Poland before the Second World War. He evoked a world of village life as well as a world of the supernatural, and dybbuks – malicious, possessing spirits. In one of his forewords he said something like - don’t think there is a universal person you can write about who will appeal to everyone. That won’t work. Instead tell the story only you can tell and the particular will become universal.

My introduction to photography was seeing the works of Diane Arbus in an American magazine called Artforum in the sixties. There were photos of a transvestite, a midget, a giant, a boy with toy hand grenade and a person wearing a 'Bomb Hanoi' badge. They were totally penetrating. I recognized that photography was a medium of great power, different from painting. I still think this is true although there is such a proliferation of images in the world now it’s harder to see.

I saw the American monologist Spalding Gray in the early eighties. He performed a great work Swimming to Cambodia. He had a part as an actor in a film about the Cambodian war, and the piece was about that experience, but it was a personal story as well. He talked about his life with great candour and it was set against big events in history. The piece made a big impression on me and I could see the personal in a monologue was an engaging element.  I never copied Spalding as I had to find my own voice but Spalding probably hastened the process. 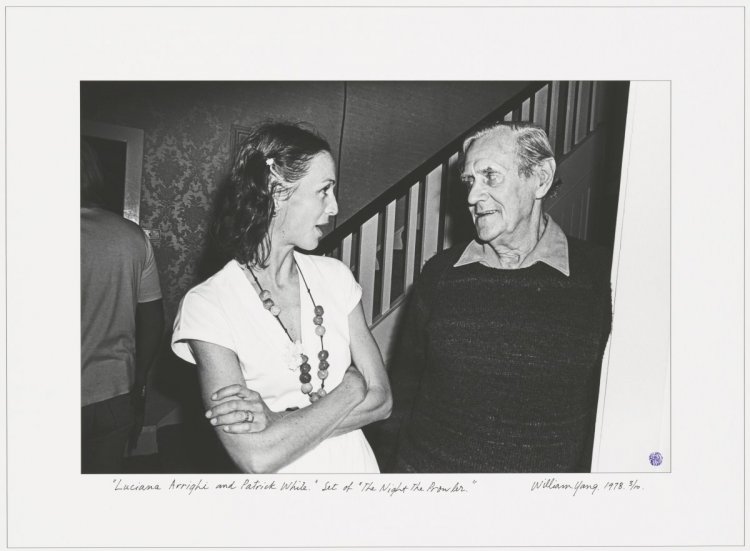 I’m doing video. My videos are like a still image which moves within the frame. I tried doing video about 12 years ago when video cameras became affordable, but while I was good at the image I was terrible at sound. It was a dimension I found hard, and I came to the conclusion that video was a two person medium, one for image and one for sound. I’ve never quite solved the sound issue but since video has now come out as a component of a camera, I have been using it more. I find the movement alluring.

The books. But I also like their collections of people’s memorabilia. 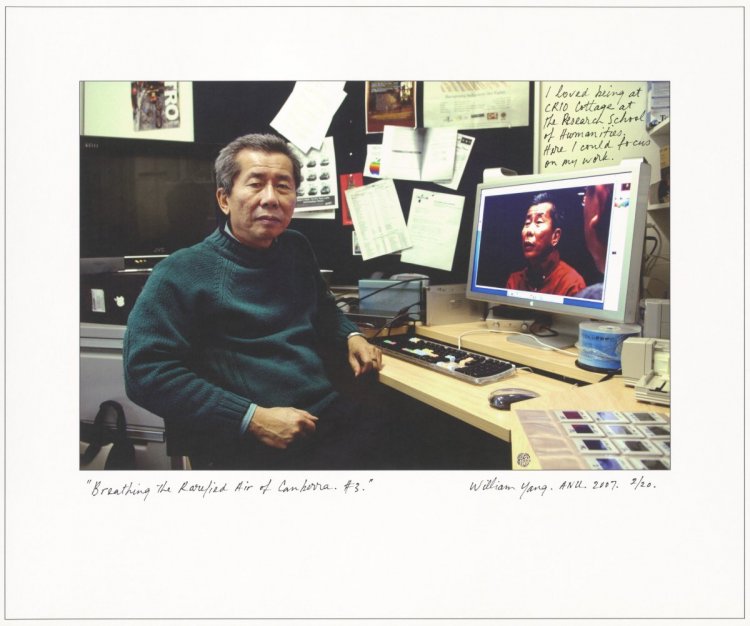