Shakespeare is not of an age, but for all time.

In 2016, Saturday 23 April marks the 400th anniversary of the death of William Shakespeare. His 38 plays, 154 sonnets and other poems and prose are etched in the communal consciousness of not just English canon, but also in countless other cultures through translation. Indeed, the Royal Shakespeare Company toured China just this March to great acclaim.

Shakespeare’s mastery of the English language, and contribution to its literary canon, is unquestioned and unparalleled. There is no doubt of Shakespeare’s skill in crafting words, cobbling together existing fragments to deliver new terms that were at once foreign but immediately understandable in context. It is not the words, however, that capture the imagination, but rather how they are assembled. And it is in Shakespeare’s turn of phrase, (for example, Henry V’s (3.1.1) ‘Once more unto the breach, dear friends, once more') and ability to create characters whose natures and motivations are akin to those of people across the globe, that his genius lies. 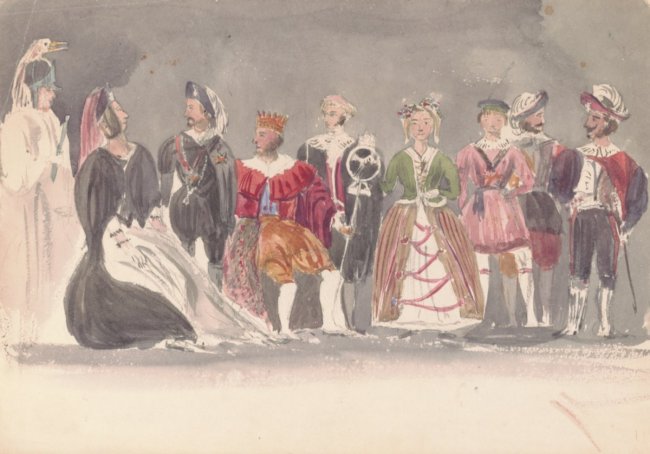 Each play captures and reflects the emotions and inclinations that burn within us, offering utmost familiarity even at a point in time when the language is foreign. In Romeo and Juliet we see ourselves in the midst of our first passion, all else paling in comparison to the heady thrill of admiration and lust, that butterflies-in-the-stomach compulsion to bind ourselves to another. In King Lear we see the fear of all parents that their children do not love them. In The Tempest’s Prospero we see the petulance felt when those who have slighted us reappear in our lives. And so it goes on, each play offering a host of characters whose feelings mirror ours and those of people who surround us, wrapped in a surfeit of powerful language, wit and drama.

The strength of Shakespeare’s work to endure is made perhaps most obvious in the countless adaptations that capture the imagination of audiences of the day in both literal and obscured interpretations. We see Hamlet in Disney’s The Lion King and The Taming of the Shrew in 10 Things I Hate About You. SparkNotes’ No Fear Shakespeare series places modern English translations on a facing page to the original text to aid understanding of Elizabethan English; in the past decade they have also expanded into graphic novel versions.

In keeping with Shakespeare’s assertion that brevity is the soul of wit (Hamlet, 2.2.91), countless Twitter accounts deliver daily Bard-isms, reimagining, recasting and reinterpreting his words (and his spirit) in bite-size pieces. The clever folk at Penguin Random House have, in recent years, published the 'OMG Shakespeare' series, answering that question burning inside us all about what would happen if our most beloved Shakespearean characters had owned smartphones.

On 23 April, we will welcome Emeritus Professor Ian Donaldson, University of Melbourne, and Professor Ian Gadd, to the Library to celebrate this anniversary and to mark Europe Day 2016. In attendance will also be Professor Nicholas Jose, Professor of English and Creative Writing at the University of Adelaide, where the EU Centre for Global Affairs and the Centre for the History of Emotions are based. Professor Jose has worked with the Library and the Centres to organise this double celebration.

We caught up with Professors Donaldson, Gadd and Jose to ask them about Shakespeare, Europe and what they’re working on.

A lot has been said about Shakespeare in the 400 years since his death. Do you think that there are any new angles or insights to be illuminated at this point?

Nicholas Jose: What Shakespeare means to us is always changing, so there are always new angles. It’s what we do with it that matters. That’s why the 400th anniversary of his death is important. It lets us think about how exactly he went from relatively unknown retiree in Stratford to the world’s most famous author in that space of time.

Which of Shakespeare’s works is your favourite?

Nicholas Jose: I love Twelfth Night. All the moods and emotions are there. It’s a very opal. ‘The rain it raineth every day,’ sings the clown at the end, and that’s no reason not to enjoy life. 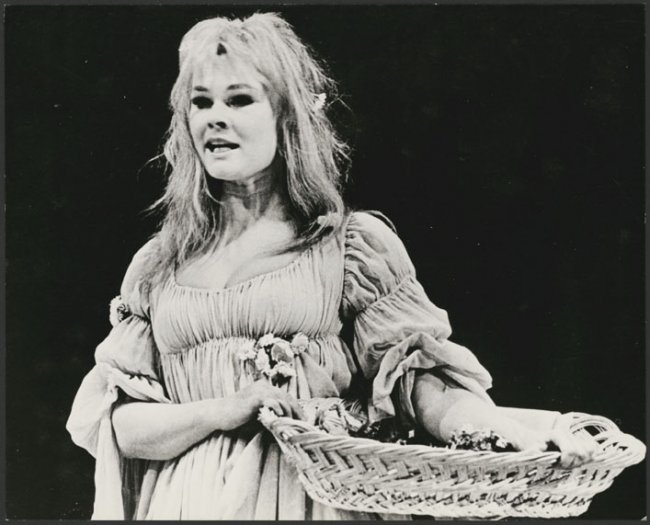 What does the concept of Europe mean to you, and is it relevant to your writing/research?

Ian Donaldson: In Shakespeare’s time ‘Europe’ was rather a hazy concept: no one quite knew where it began and ended, where to draw its boundaries, how many bits and pieces it contained.  Many of these uncertainties are still felt today. There are now 28 member states in the European Union and 47 in the Council of Europe, the two big federations which also confusingly celebrate ‘Europe Day’ on two separate days of the year (5 May for the Council, 9 May for the Union).  Some in Great Britain currently believe that ‘Europe’ only begins at—or should be firmly relegated to— the other side of the Channel.  A referendum later this year will try to resolve this matter.

Ian Gadd: I’m the son of Swedish emigres, and I was brought up bi-culturally which has meant that I’ve always been aware that politics, society, behaviour, language, even art all look different depending on where you are standing. To be European is to recognise those differences—and to try to understand them.

My research focuses on the history of printing and publishing in England in the sixteenth, seventeenth, and eighteenth centuries but the book trade has always had an international dimension. In this period, of course, England was not the lingua franca that it is now, so there was a limited market for English books elsewhere in Europe. In the 1680s, for example, a major Amsterdam bookseller refused to sell copies of an important new scholarly work that had been published in Oxford on the grounds that they would not stock English books, while in the early 18th century a German book-collector came to England partly to buy books that he couldn’t find for sale on the continent. 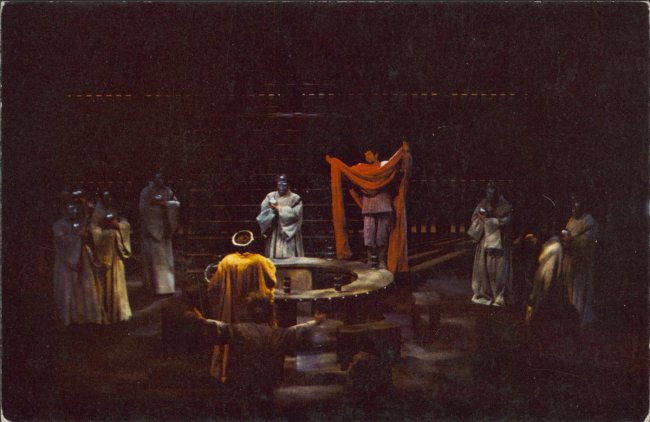 Do you see William Shakespeare as a quintessential European?

Ian Gadd: Shakespeare was a quintessential European of his day inasmuch as he, like most of his contemporaries elsewhere in Europe, probably didn’t travel outside his own country. Also, religious loyalties and shifting national boundaries meant that Europe didn’t have the same political familiarity as a term as it does nowadays. That said, Shakespeare would have met European travellers and merchants in London (some, we know, even went to see his plays) and although his knowledge of other European countries was second-hand and sometimes faulty, he well understood that the foreign locations he chose for many of his plays had particular cultural associations for English playgoers and readers.

Ian Donaldson: Like most of his contemporaries, Shakespeare probably wouldn’t have thought of himself as a European, and like most of his contemporaries he seems never to have ventured beyond the country of his birth. Though he set several of his plays in Italy and France these were countries he’d never visited.  Other leading English writers of his day—Sir Philip Sidney, Christopher Marlowe, Sir Walter Raleigh, John Donne, Ben Jonson—had travelled in Europe and knew at first hand its cities and customs. They were sometimes amused by his geographical inventions. ‘Shakespeare in a play brought in a number of men saying they had suffered shipwreck in Bohemia’, Jonson remarked, ’where there is no sea near by some 100 miles’.

Why is it appropriate to celebrate Europe Day by marking the quatercentenary of Shakespeare’s death?

Ian Donaldson: Shakespeare, in Jonson’s view, still beat hands down all the writers of Europe. ‘Triumph, my Britain, thou hast one to show/To whom all scenes of Europe homage owe’, he wrote in verses placed at the head of Shakespeare’s 1623 First Folio.  Most European countries were happy to accept this verdict, Germany skilfully deflecting any possible slight to their national pride by adopting him as a native son. Shakespeare was ganz unser, ‘entirely ours’, declared A. W. Schlegel, and his countrymen and women were quick to agree. Nowadays more productions of Shakespeare’s plays are staged each year in Germany than in England.  Elsewhere across Europe, Shakespeare is generally viewed with devotion. In any ballot for the laureateship he’d probably start as the hottest favourite. He may be the man in these troublesome times (who knows?) to hold Europe together - and settle definitively the date on which Europe Day should be held.

Ian Gadd: Shakespeare has become the most famous author in Europe: not only is his name known across the whole continent (and beyond!) but his work has been read and performed across the continent more than any other. Given Europe’s linguistic diversity, it is striking that a poet and playwright has managed to become such an international figure, but it may well be that the need for mediation in different countries has helped his works maintain a relevance for successive generations. Personally, I think that a playwright—someone who seeks truth through a multitude of voices - is a very suitable emblem for Europe.

How would you suggest that newcomers approach Shakespeare?

Nicholas Jose: Just trying saying one of the fine speeches aloud over and over. ‘To be, or not to be. That is the question….’ (Hamlet, 3.1.58) 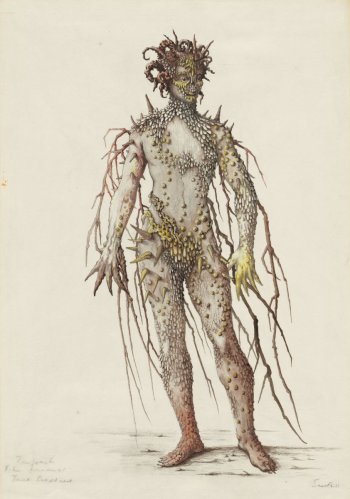 What do you make of claims that Shakespeare’s language is too difficult for contemporary audiences to understand? What is to be gained by studying modern English translations?

Nicholas Jose: Much better for contemporary audiences to try to get used to his language. So many of Shakespeare’s greatest lines are as simple as they could be and in the same English we use. For example, ‘Tomorrow and tomorrow and tomorrow….’ (Macbeth 5.5.18)

Ian Gadd: Curiously enough, I’ve just started my father’s copy of W.G. Sebald’s The Emigrants. I’m also re-reading Peter Blayney’s magisterial The Stationers' Company and the Printers of London, 1501–1557, as I’m writing a review of it.

Nicholas Jose: Demons by Dostoevsky, in the new translation by Richard Pevear and Larissa Volokhonsky. Last year I was blown away by Under Western Eyes , Joseph Conrad’s novel written in response to Dostoevksy’s. Both write about terrorism.

Ian Gadd: An account of the origins and establishment of one of the world’s oldest scholarly publishing houses: The History of Oxford University Press—Volume I: Beginnings to 1780.

Nicholas Jose: My latest book is Bapo, a collection of short fiction, mostly inspired by China, some set in Australia. The title literally means ‘eight broken’. It’s an obscure term from Chinese art that describes an arrangement of torn, burned, broken pieces into a beautiful new pattern.

Ian Gadd: I’m the lead investigator on a research project application that, if successful, would explore the development of modern copyright in Britain between 1695 and 1801 by analysing the thousands of records relating to copyright registrations, sales, and disputes.

Ian Donaldson: An account of the literary scene in Britain in the year of Shakespeare’s death, 1616.

Nicholas Jose: Libraries are the most creative places. I love taking notes with pencil from documents that will then return to the archive. In that process the story is already starting to emerge.