From 23 to 29 May 2016 we celebrated Library and Information Week and the theme for this year was 'discover more'. The Australian Library and Information Association gave the challenge of selecting 10 #fabulousfinds that you might not have known you could find in a library. Here are our unusual and interesting things—from a book delivery robot to a music typewriter. 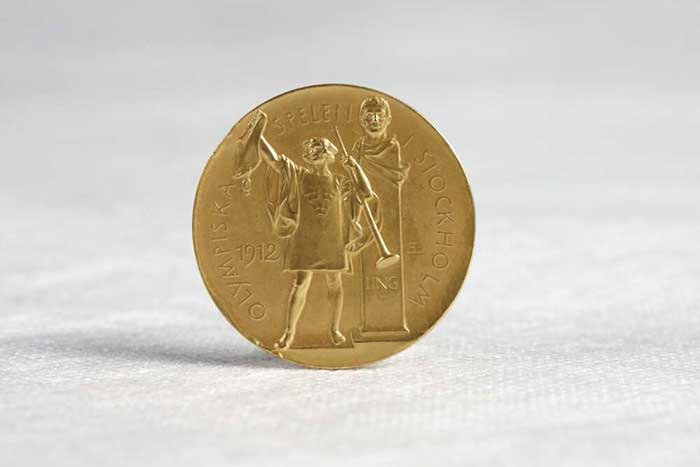 Women's swimming events and the use of electronic timing both appeared for the first time at these games. Fanny and Wilhelmina 'Mina' Wylie (1891-1984) were Australia's only female athletes at the games and both had to pay their own way to attend. They had to overcome conservative opponents who believed it was immodest for women to swim in front of men.

This is also one of the last Olympic medals made purely of gold. From the 1912 Games these medals were gilt silver and were larger.

Ever wondered what happens between requesting a book from our collection to collecting it in our reading room?

From deep in the stacks to collection desk via a ride in the book elevator and on the robot delivery vehicles 'Charlie', books are brought to you by a combination of clever technology and savvy librarians. Watch as Blinky Bill gets requested, travels through the stack, and gets delivered to the reading room. 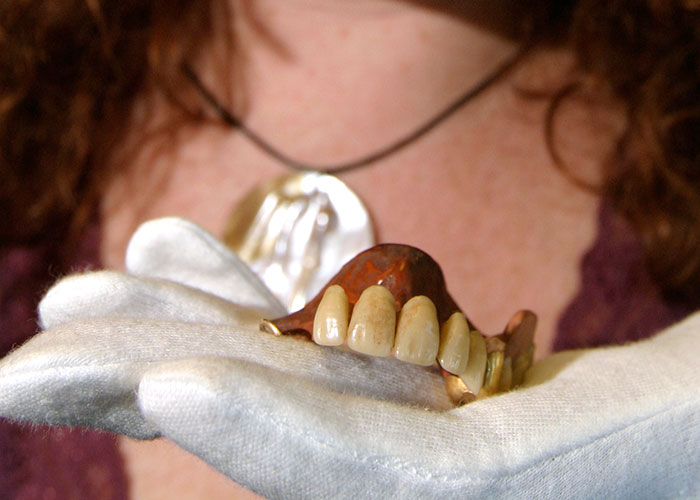 Former Prime Minister William M. Hughes' false teeth are among his personal papers in our manuscripts collection. Hughes became the 11th Australian Prime Minister in 1910, a huge step for a man who arrived in Sydney as a penniless immigrant. The collection also has 3 examples of his hearing aids: a 1912 acousticon, a 1928 acousticon and a vactuphone.

Billy Hughes was known as an avid supporter of trade unions, and made a fiery recruitment speaker for Australian participation during the First World War. Hughes died in his sleep at the age of 88 from pneumonia, and is remembered for his larrikin behaviour and generous nature. 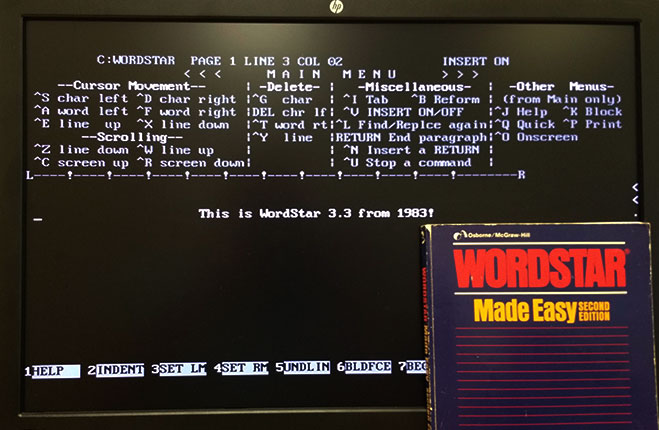 A screenshot of Wordstar 3.3 running in an emulated MS-DOS environment

If you are old enough to remember the world before the World Wide Web, you may also recall WordStar. WordStar was a popular text editor which dominated the market during the early to mid 1980s. Its glory days are now long gone, surpassed by Microsoft Word and other big name word processors. Surprisingly, it enjoyed a brief resurgence of interest in 2014 when George R. R. Martin, the author of ‘A Game of Thrones’, revealed he still does all his writing with WordStar 4, which dates back to 1987.

We own an even older version, WordStar 3.3 from 1983, which is still in working order. Why? you might ask. As well as having traditional physical collections we have a large and growing collection of digital material. There are files created in WordStar in our collection and today’s Microsoft Word and other modern word-processors cannot cope with them. When we need to access the WordStar files, one of the options (and possibly the only one) is to use the original software—although it would not necessarily be an easy undertaking.

Our Digital Preservation team goes to some lengths to identify and acquire useful old software—they keep copies of software no longer needed by our IT colleagues, they buy from eBay, ask people to donate their unwanted software, and even rummage through second-hand shops and recycling centres at tips in their spare time! 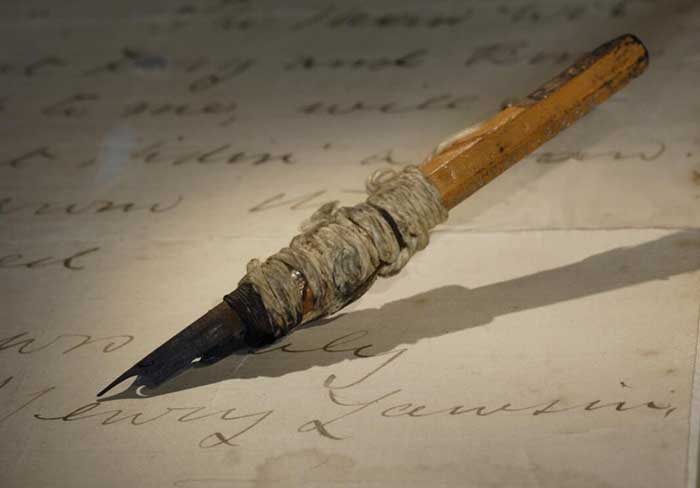 Henry Lawson (1867-1922) was an Australian poet and writer. His poetry and prose inspired the feeling that life was worth living during the hardship of the 1890's depression in Australia. The great irony is that Lawson himself was a deeply divided man. He was a soul burdened with an insatiable craving for love, a combative spirit with impossible hopes that mankind might sort itself out.

The pen is actually the end of a pencil. A steel nib has been inserted and attached with a piece of string coiled up around the pencil.

We also have Lawson's fob watch.

6. Suitcase used to carry oil and save the Southern Cross 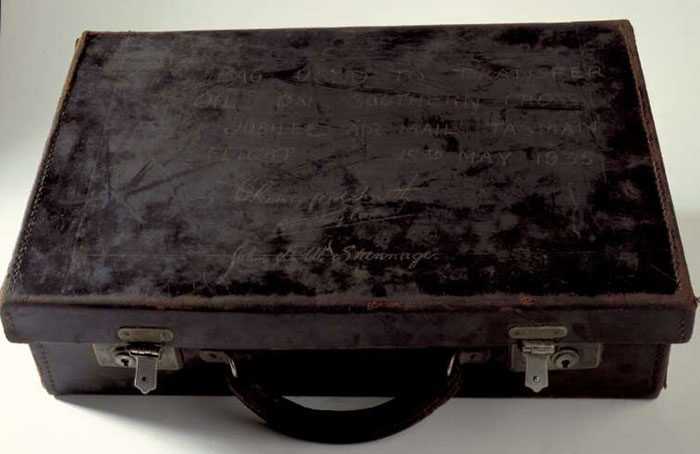 This suitcase tells a perilous tale of survival in the air. In 1935 Charles Kingsford Smith flew the ageing Southern Cross monoplane on a promotional mail and freight run from Sydney to New Zealand with co-pilot Bill Taylor and radio operator John Stannage.

Whilst flying above the ocean during a stormy night and about 800km into the journey, a piece of metal broke off the centre engine and shattered the starboard propellor. The crew turned back, flying 10 hours into a head wind. As the plane start to lose height, the cargo was jettisoned, but further trouble ensued when the port engine began losing oil. The 3 men faced a desperate 9 hour struggle to keep their plane in the air. To retrieve oil from the starboard motor and transfer it to the port side Stannage gave Taylor with a thermos and a small suitcase. Wedged on the aluminum strut between the cockpit and the starboard motor nacelle, Taylor leaned out into the slipstream:

...quickly Bill wrenched the oil-drain cock clear of its locking wire. He reached for the metal thermos shell and filled it. I took the container from his extended hand and poured the oil into the suitcase. This passing backwards and forwards went on until the case was full... Smithy was able to throttle back while Bill poured the thermos after thermos into the oil tank (of the ailing port machine).

The Southern Cross landed safely at Mascot in Sydney, but this was it's last flight. The Fokker trimotor monoplane is preserved in a memorial at Brisbane airport in Queensland.

We have a typewriter that can type music notation. It was donated as part of the manuscript papers of Australian musician and composer Michael Wade. 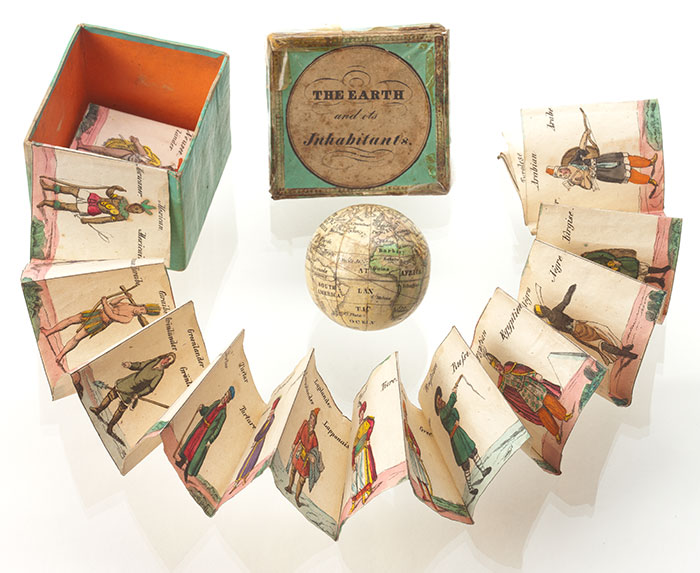 Pocket globes had their heyday in Georgian England during the 18th century, but this German-made educational novelty dates to the first half of the 19th century. This was a time when families were excited by the discoveries of great ocean-going scientific voyages and considered geography an entertaining pastime.

The packaging of the globe has images of traditional dress from around the world. This demonstrates the dynasty’s expertise in capturing the educational market. 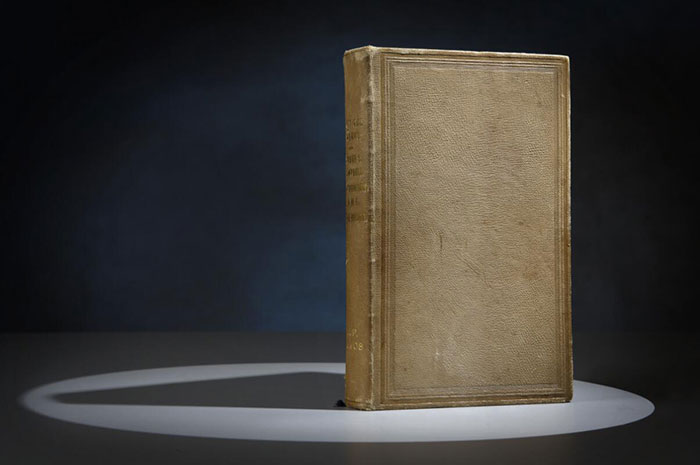 The Poetical works of Rogers, Campbell, J. Montgomery, Lamb, and Kirke White: complete in one volume, published by A. and W. Galignani Paris, 1829, nla.cat-vn942241

When the Library acquired the book collection of Edward Petherick and there was a rumour one of the books was covered in human skin. Over the years many people tried to find this book and eventually it was assumed to be a myth.

A few years later an academic was researching English poetry in our reading room. Inside the front cover of one of the books they discovered the note, ‘bound in human skin’. A small piece of leather from the book was cut out and tested in a lab at the Australian National University. The lab confirmed that the book was covered in human skin.

The book was published in France in 1829 and rebound in skin several years later in Britain. While skin books are rare they are not entirely unique. Human skin has been user to cover anatomy books, trial proceedings and once even a set of love letters and poems (apparently the husband had left this request in his will). 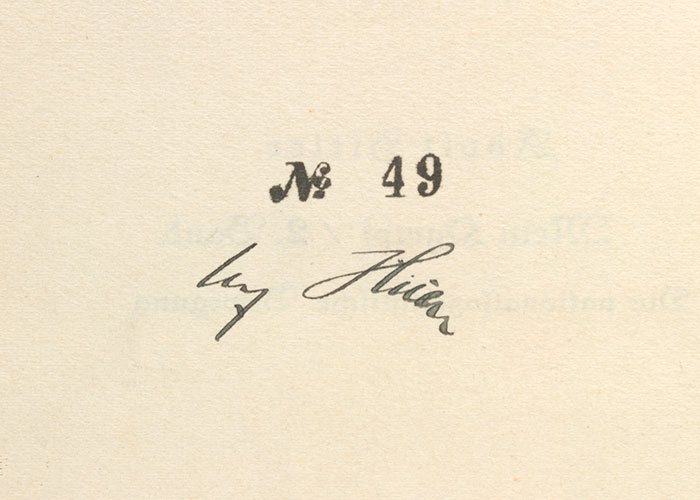 In the 1930s, Hitler sent a signed copy of Mein Kampf to each national government, and Australia owns no. 49.

The ultimate in prison biographies has been prohibited from publication in Germany since 1945. This was due to the refusal of the copyright holder, the Bavarian State Government, to permit further printings. But this year the copyright expired and a new scholarly German edition has been released.

A planned sequel, the Zweites Buch, was discovered in manuscript form post-war and has been released in German and in English translation.

We'd love to hear your #fabulousfinds—leave us a comment telling us what interesting things have you come across in the National Library.