One of the great privileges of being the national collecting library is the overwhelming resource we have in the many archives of personal papers in our keep. One such archive is that of Peter Porter, an eminent expat poet, who spent most of his life in Britain, but whom we proudly claim as Australian. Porter’s contribution to 20th century poetry was immeasurable. In a keynote lecture for a Porter symposium at University College London, Clive James observed that ‘his characteristic tone was of a Delphic bulletin you couldn’t quite follow, illustrated with imagery you couldn’t forget.’ 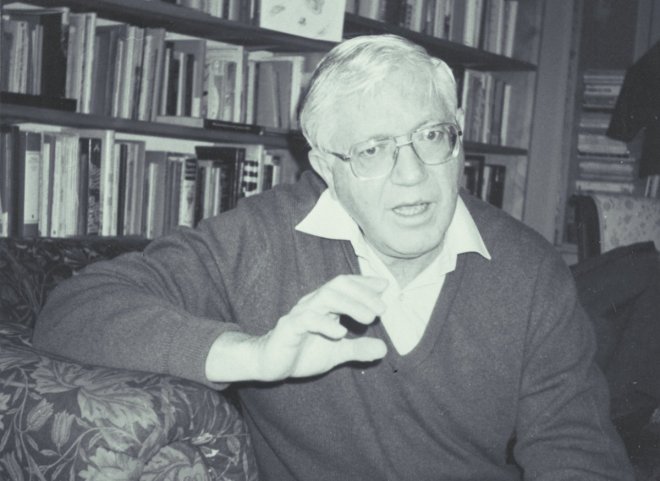 In the depths of our precious collections, boxes of Porter’s papers give a glimpse into the inner working life of this prodigious writer. Notebook upon notebook contain drafts of his poetry, plays, reviews, sketches, and other writings. Despite inevitable fading, the deliberate scratchings offer a personal connection to Porter’s oeuvre, and the accompanying miscellany a plethora of insight into his published work and connections with other writers, friends and critics.

On Friday 29 July, the Library will be celebrating Porter with a symposium examining his life and legacy. Peter’s dear friend Adrian Caesar is just one of the distinguished speakers joining our celebration, and has generously offered reflections to whet our appetites ahead of their visit. Adrian’s musings appear below.

I have already begun my preparation – I’m reading Darleen Bungey’s marvellous (and prize-winning) biography of Arthur Boyd. Peter collaborated with Boyd in the production of four books. When Darleen was researching her life of Boyd she became friends with Peter. I’m looking forward to hearing more about their meetings, conversations and correspondence. I’m also keenly anticipating conversations with Prof Roger Covell and Morag Fraser– two of Peter’s oldest friends. Before the event, I’ll re-read Bruce Bennett’s foundational study of Peter’s life and work Spirit in Exile. I’m sure that’s where I first read about Peter’s friendship with Roger which, if my memory serves me, dates back to Brisbane in the late 1940s and early fifties. Roger is Professor Emeritus in Musicology at the UNSW; Peter’s passion for music was obviously shared.

It is a sadness that Bruce Bennett didn’t survive Peter long. It was Bruce who introduced me to Peter in the 1990s and we became firm friends. Every time I was in London, I’d meet Peter at the Museum Tavern for a lunch-time drink, progress to the Pizza Express around the corner and from there we would proceed to Brown’s and share more delicious conversation and wine through a leisurely afternoon. I think this was a progress Peter made with many of his friends. Certainly, to me, London can never be the same without Peter. That he has left such a wonderful body of work is, of course, a consolation. 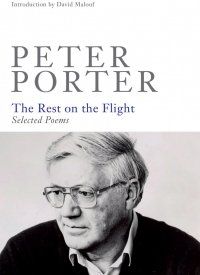 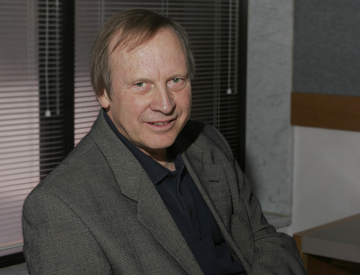 I have his Selected Poems, The Rest on the Flight by me and read regularly from it for pleasure and instruction! His poems are as dazzling as his conversation – full of wit, verbal invention, encyclopaedic reference and an interest in everything important – the other arts, history, theology, psychology, politics, science and nature – the full gamut of what it is to be human. This is, of course, what makes him a major poet. It was a privilege to know him and I’m very much looking forward to this NLA celebration of his creative legacy.

Adrian Caesar is a UK-born Australian author and poet. He has published four books of poetry, several books of literary criticism, and a non-fiction novel, The White, which won the Victorian Premier's Award for Nonfiction and the ACT Book of the Year in 2000. His poetry collection High Wire was shortlisted for the 2007 Judith Wright Prize.